At the start of the 60th season of the Bundesliga, the all-time champions FC Bayern take on Europa League winners Eintracht Frankfurt. 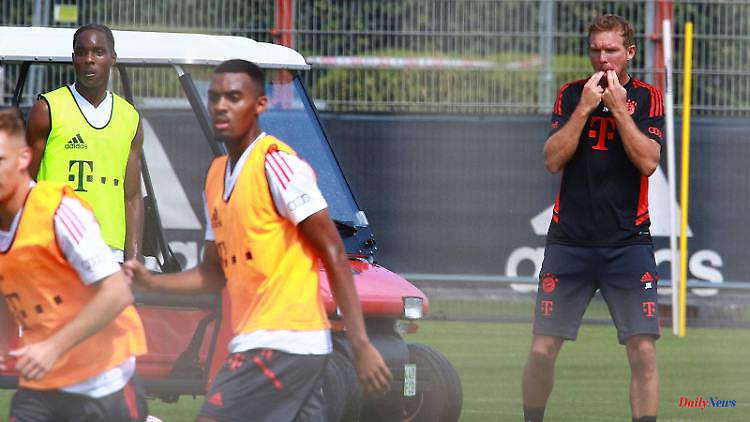 At the start of the 60th season of the Bundesliga, the all-time champions FC Bayern take on Europa League winners Eintracht Frankfurt. The new superstar from Munich, Sadio Mané, and Mario Götze, who has returned to the league, are also there. Nagelsmann praises this - and likes to talk about his triple hunt.

Champions against Europa League champions, Sadio Mané against Mario Götze - and the ailing Manuel Neuer is probably fit in time for the sizzling opening duel between FC Bayern and Eintracht Frankfurt. Julian Nagelsmann was already tingling before the opening game of the 60th Bundesliga season, which was broadcast in over 200 countries. The day before the start of the league, the Bayern coach only marginally dealt with the amusing "Who-the-fuck-is-Mané?" statement by Eintracht President Peter Fischer - he much preferred the triple hunt he was aiming for of his star ensemble, which has been strengthened for almost 150 million euros.

"You can see and feel throughout the club that we are very happy to be champions - but we still crave more," Nagelsmann announced the Munich motto for an unusual anniversary season with a long World Cup winter break and English weeks en masse. The starting signal this Friday (8.30 p.m./Sat.1, DAZN and in the ntv.de live ticker) - finally a start again without corona restrictions - is intended to inspire fans right away for a season that most of them missed so badly Wishing back excitement in the championship fight.

Borussia Dortmund, RB Leipzig or maybe a surprise team à la Frankfurt want to end Munich's impressive title series of ten championships in a row. "We're playing at home, in a full stadium, against the German champions. Overall, it's a very nice constellation," said Germany's World Cup hero Götze before the reunion against the former club, where he wasn't happy from 2013 to 2016 .

New Bundesliga stars are being sought after the departures of world footballer Robert Lewandowski and BVB striker Erling Haaland. As two new eye-catchers in the league, Bayern's top striker Mané and the 2014 World Cup winning goal scorer Götze meet right at the start. "He's a very good player and a very good transfer for Eintracht Frankfurt, which is good for the Bundesliga. He's also a Bundesliga child," said Nagelsmann. Even when he was not in the league, he was in contact with the 30-year-old "again and again".

"We'll see a Mario Götze with a lot of enthusiasm and in great shape," predicted Eintracht coach Oliver Glasner and, with the confidence of a Europa League winner, "doesn't want to hoist the white flag" against Bayern. "The whole world is watching. We want to do justice to that."

President Fischer expressed himself a little more briskly than Glasner, repeating his statement "Who the fuck is Mané?" made in the RTL/ntv interview. but put it into perspective. "Everyone knows that I'm also very passionate about Liverpool FC. That's why, just for fun, I said 'who the hell is Mané' in English in English. I know it. A damn good striker, a win for the Bundesliga. We're happy looking forward to this encounter: full of respect and motivation."

Nagelsmann smiled when asked about it. "I don't know the context. If it was funny, everything's okay," said the 35-year-old - and took a relaxed sip from his coffee cup. "I don't think that's going to completely throw Sadio off track," Nagelsmann joked.

After the press conference, Nagelsmann strolled past Thomas Müller, who was just having lunch. Not there: Goalkeeper Manuel Neuer, who was last on a break due to a gastrointestinal illness, and who therefore also skipped the final training session. The 36-year-old world goalkeeper should travel to Hesse with the supervisors and not with the team "to exercise a certain amount of caution," explained Nagelsmann.

However, the Bayern coach is planning to use his captain - otherwise Sven Ulreich would be in goal, as he was in February and March after Neuer's knee surgery. The Munich team will have to do without Leon Goretzka and Eric Maxim Choupo-Moting after injuries, as well as Kingsley Coman, who was suspended from the previous season. Bayern's new and 17-year-old storm jewel Mathys Tel is eligible to play. Matthijs de Ligt, who has been chosen as the new chief of defense, could start right from the start.

The Supercup spectacle between Bayern and RB Leipzig at 5: 3 made a lot of desire for the memorable season that was interrupted for more than two months from mid-November. In league game one after Lewandowski, the Munich team in Leipzig increased concerns about another year of overwhelming dominance with their offensive power around Mané and super dribbler Jamal Musiala. However, their defensive weaknesses also raised hopes among the competition. "Basically, we don't take three goals as collateral damage," said Nagelsmann.

Both opponents, who have already had a few special duels in the Frankfurt Cup win in 2018, a 5-1 win by Eintracht in 2019 at the end of Niko Kovac’s term or a 5-0 win in Munich in 2020, also want a good start to the league pick up the pace for the Champions League season that begins in early September.

"We have a top squad! Everyone who is there is dying to go one better and win more titles than last season," said Bayern CEO Oliver Kahn. That would be to the liking of the single winner Nagelsmann: "I would also like to take a photo with more things on it." 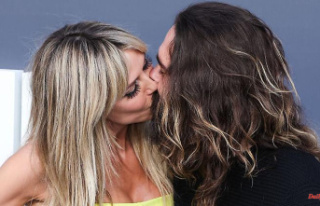 It's kissing and dancing: the Klum-Kaulitz couple...