There's a lot going on in the transfer market, right in the middle of Bayern Munich. 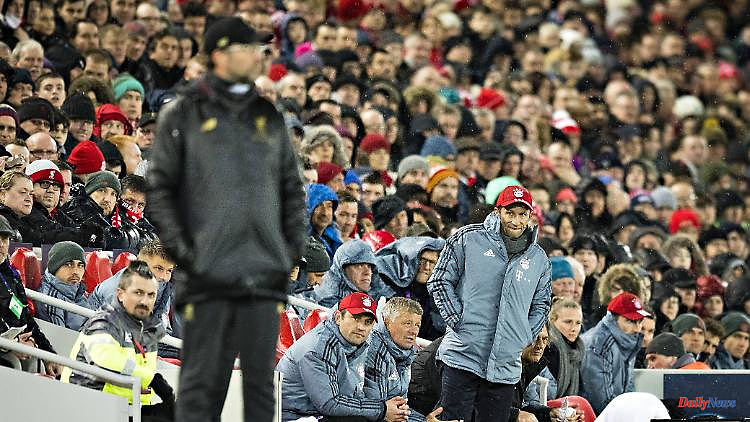 There's a lot going on in the transfer market, right in the middle of Bayern Munich. They want to sign a superstar from Liverpool FC and are struggling with Robert Lewandowski. Unlike the German record champions, the Klopp club does not lament, they act and increase the pressure on Hasan Salihamidžić.

100 million euros! This is the amount that Liverpool FC will pay to compensate for Sadio Mané's departure. All Benfica striker Darwin Nunez has to do is pass his medical, sign the contract, have some videos made for the presentation and he's the Reds' record signing. He costs 75 million euros, with bonus payments the transfer volume could then increase to 100 million euros. The 22-year-old Uruguay international is set to replace Mané and, like the Senegalese, can play on the wing and also in the middle. The future belongs to him, Mané currently still owns the present, just not at Liverpool anymore.

The 30-year-old is still under contract with the club of German coach Jürgen Klopp, but that won't be the case for much longer. They will part ways no later than summer 2023, but a change is more likely in the next few weeks. To Bayern Munich. The record champion has identified the Senegalese as an important building block on the way back to the international top.

Negotiations between Liverpool and FC Bayern Munich have been going on for some time now. Media reports of two offers for Mané, for which Liverpool have around 50 million euros and Bayern still want to pay far too little. The latest offer is said to have been dismissed as ridiculous by the English club, mainly because of the possible bonus payments. They would only have been due in full if Bayern won the Champions League within the next three years and Mané also won the Ballon d'Or in each of these seasons. Nobody in Liverpool believed that, for understandable reasons.

And so they continue to negotiate. Sport director Hasan Salihamidžić is said to be considering a flight to Liverpool. Because, even that has recently been heard in the English media, the transfer is not yet at all certain. The "Daily Mirror" even reported the failure at the weekend, but overshot the target when translating some quotes from the Bayern sports director.

More questionable, however, is the reporting by "The Athletic", which makes it clear between the lines that Mané not only wants a clean farewell to Liverpool, but also one that goes quickly on stage. Both parties are still around ten million euros apart. Time waits for no one, including Bayern, who remain favorites but could soon face new competition. The usual suspects Paris Saint-Germain and Real Madrid are already lurking. Mané wants clarity about his future.

This does not distinguish the possibly future Bayern world star from the current one. He still goes by the name of Robert Lewandowski and has been making it clear for several weeks what he thinks of another year in the Allianz Arena: very little. The Pole just wants to leave. Sometimes there is talk of Barcelona and sometimes of Paris Saint-Germain and recently also of Manchester United or Chelsea. Clear signals for an impending farewell. Bayern is currently still insisting on Oliver Kahn's "Basta!", but the bond between the Pole and the club seems to have been cut.

Internal conflicts keep coming up. Between Lewandowski and parts of the team, but also between the superstar and the young coach Julian Nagelsmann, who positioned the 33-year-old a little lower, on the 10th, in the second half of the season to enable the wingers to get into the penalty area. Something the goal-hungry striker didn't like. What nagged him, like the thought of his imminent end to his career, which was only reinforced by negotiations with his possible successor Erling Haaland.

So Liverpool are paying €100m for Nunez, preparing a clean farewell to Sadio Mané and waiting for Mané's offer to do so. It is a kind of delivery order for Hasan Salihamidzic, who should hardly allow the transfer to fail. He's too much criticized anyway. Jürgen Klopp has now increased the pressure with the record transfer.

1 It doesn't stop: Whatsapp grandchildren trick... 2 Already five years before: eye examination can predict... 3 North Rhine-Westphalia: The probationary period of... 4 Formula 1 in the press: "Ferrari is bleeding... 5 Imminent driving ban?: What the end of the combustion... 6 Expensive building: save with concrete boxes instead... 7 Hessen: After a collision with a car: a young pedestrian... 8 Baden-Württemberg: The reason for the attack on the... 9 North Rhine-Westphalia: With a knife on the neighbor's... 10 North Rhine-Westphalia: Rolfes on Weiser change: "It... 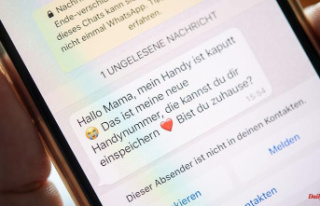