New coach, old line of the club: Mesut Özil is still not allowed to play at Fenerbahce Istanbul, his suspension from March remains in place. 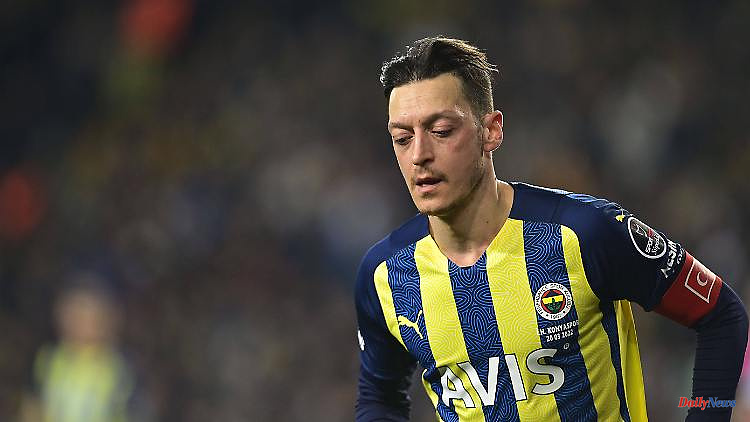 New coach, old line of the club: Mesut Özil is still not allowed to play at Fenerbahce Istanbul, his suspension from March remains in place. The new coach Jorge Jesus confirms this in his presentation. The former DFB star had previously stated that he wanted to stay.

Former national soccer player Mesut Özil remains suspended at Fenerbahce Istanbul. The new coach Jorge Jesus made that clear at his presentation. "Past successes are very important. Mesut Özil is a very good footballer, but the club's decision about him remains," said Jesus.

The 33-year-old Özil was suspended at the traditional Turkish club in March and has not played a game for Fenerbahce since then. "It's not Özil, Jesus or any other player that counts here, but Fenerbahce," said Jesus.

Özil had only declared on social networks on Tuesday that he wanted to stay with Fenerbahce. "I emphatically repeat: I will not end my career with any team other than Fenerbahce. As long as my contract is up, my only goal is to just sweat in our jersey. This decision is very clear and final," he wrote.

Özil moved from Arsenal FC to Istanbul in January 2021. He will "work hard and always have me ready," Özil continued. He achieved his career goal by "signing a 3.5-year contract with Fenerbahce, my childhood sweetheart, without being paid for the first six months."

Özil was kicked out of the squad in March after an alleged argument with the then coach Ismail Kartal. His contract with the top Turkish club, which qualified for the Champions League as second in the championship behind Trabzonspor, runs until June 30, 2024. However, there was also speculation that the offensive player could seek a move to the USA.

1 Six days late: UEFA apologizes to fans for final chaos 2 Soccer. David Guion is still the Girondins de Bordeaux... 3 Policy. Emmanuel Macron: Paris must serve the field 4 Germany. Man kills cops at home and commits suicide... 5 Swiss. A world-first, an albino Galapagos giant tortoise... 6 "Have a safe trip to the moon": Biden scoffs... 7 Title defense is possible: U21 books EM ticket, but... 8 Overcrowded train stopped: 9-euro ticket with baptism... 9 Seeon. A fire breaks out in an attic of a house 10 End of research in Brazil following the floods at... 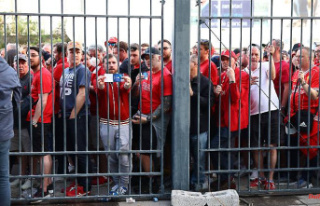