"FIFA and Co. without a conscience!": Banner ensures police action at DFB game

As part of the international football match between Germany and Italy, there is a protest action directed by the World Cup host Qatar and the world association FIFA. 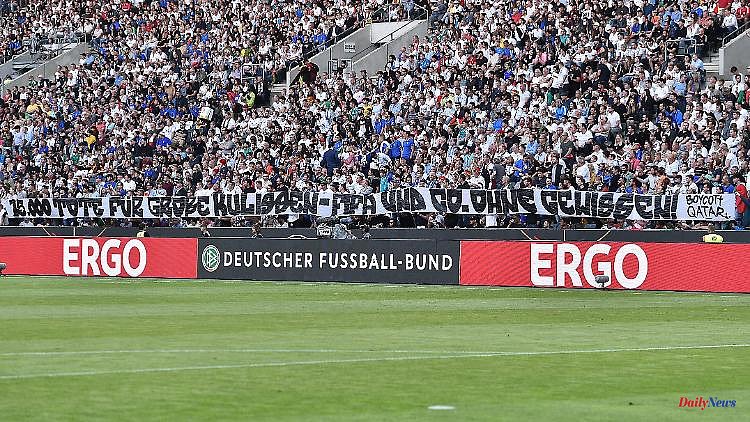 As part of the international football match between Germany and Italy, there is a protest action directed by the World Cup host Qatar and the world association FIFA. The protesters are picked up after leaving the stadium and treated by the police.

After the presentation of a FIFA-critical poster at the Nations League game between Germany and Italy (5: 2), there was a police operation on Tuesday evening. Around 15 people who, shortly after the kick-off of the football classic in Mönchengladbach, carried the banner with the inscription "15,000 dead for big scenes - FIFA and Co. without conscience!" had shown, are said to have hastily left the block and the stadium immediately afterwards. "There was a suspicion that the house rules had been violated," said a spokesman for the Mönchengladbach police.

Accordingly, after the protest against the controversial World Cup at the end of the year in Qatar, there was communication between the German Football Association and the police. Police officers came across the group of people a little later and arrested them to record their personal details. "This was expressly not done for criminal prosecution. Showing the poster is covered by freedom of expression," said the police spokesman. Rather, it was about "the protection of the rights of third parties".

However, after further consultation, the DFB decided not to take legal action. It is unclear whether the people entered the stadium illegally. The fact that they were picked up and arrested by the police caused a lot of criticism and incomprehension on social media.

The awarding of the World Cup to the desert state has been the subject of criticism for many years - not only because of the thousands of dead people, but also because of the precarious human rights situation there. DFB director Oliver Bierhoff recently criticized FIFA surprisingly clearly: "What are the award criteria for a World Cup does FIFA actually apply? Because awarding a tournament is the sharpest sword to push for the necessary changes," said the 54-year-old the Funke media group and added: "They have to happen before the award and not only afterwards, otherwise you have no more leverage to enforce them." He is convinced "that the award criteria must be closely linked to human rights issues".

1 Debacle hits Italy hard: Donnarumma fights with TV... 2 The DFB party in a quick check: It was complicated... 3 Basket-Ball / Pro B. Pape Beye quitte le SVBD 4 Deterrence and defense: NATO wants to strengthen itself... 5 How to Have the Best Honeymoon 6 The Popularity of Gambling As a Form of Entertainment 7 "With a good guise": Russians wanted to... 8 "Vague" and "open to arbitrariness":... 9 Country leaders in the Presidential Palace: Second... 10 Shared responsibility of the West: Wagenknecht wants... 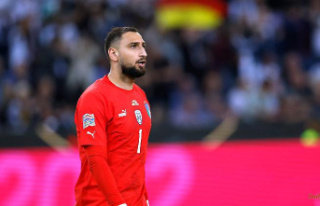