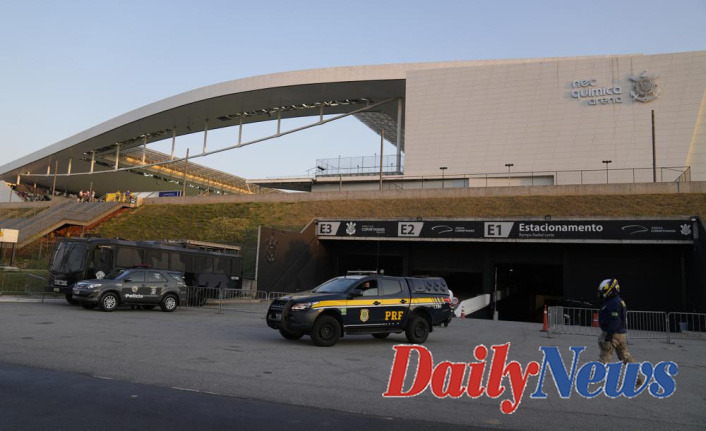 Four English Premier League players from Argentina were charged with falsifying Brazilian coronavirus declarations in September. They also failed to state that they had been in red-listed Britain within the preceding 14 days. The game was stopped at seven minutes.

Emiliano Buendia and Emiliano Martinez will be banned from two matches in FIFA fixtures for "not complying" with the FIFA Return to Football International Match Protocol, the world governing body stated in a disciplinary decision.

FIFA fined the Brazilian Football Association 550,000 Swiss Francs (about $600,000) for "infringements relating to order and security" and the abandonment.

For failing to comply with its obligations regarding order and security, preparation of the match and its participation in it, the Argentinian Football Federation was penalized 250,000 Swiss francs (approximately $270,000).

Chiqui Tapia, President of AFA, tweeted that the Argentines were planning to appeal the decision.

Brazil's soccer confederation stated in a statement that it disagrees with FIFA's decision and questions FIFA about its foundations. It will then decide whether or not to pursue the case.

FIFA has yet to set a date and a location for the next game. Brazil and Argentina have already secured a spot at the World Cup Qatar in November, ahead of CONMEBOL qualifying in February. Both teams still have two games to play.

Brazil is leading the 10-team round-robin contest with 39 points. This is four more than Argentina.

Brazil-Argentina could be played with players based in Brazil, as opposed to those at European clubs, which would allow it to be staged outside the normal window for internationals.

When it was stopped, the original game was tied at 0.

Questions were raised about why Anvisa officials in Brazil waited until Sunday, Sept. 5, to intervene.

Anvisa, the government body, stated at the time that CBF was working with AFA to prevent its agents from carrying out their decision for several days. It also said that its officials didn't seek to suspend the match but to remove the Argentinian players who allegedly falsified coronavirus declarations.

Two days earlier, the Argentina squad arrived in Brazil from Caracas where they had defeated Venezuela 3-1. The investigation focused on whether the four players didn't tell immigration officers that they had been in Britain for the past two weeks, as Brazil's health agency claimed.

According to a document from the Sao Paulo State Health Secretariat, The Associated Press found that the organization was first informed about the allegations of players entering the country with false information just before midnight. This is about 15 hours after the plane left the airport.

Anvisa informed Brazilian and Argentine football officials that the players had provided false information about their arrival in Brazil on Saturday morning. A separate document from Brazil's health ministry was obtained by AP. It showed that the last request for quarantine exemption for players was denied 51 minutes prior to kickoff.

Although media coverage questioned how the players could play, the game began with Lo Celso Romero and Martinez. It was stopped after seven minutes, and it has never been resumed. Buendia didn't play.

The FIFA Disciplinary Committee concluded that the abandonment was due to several shortcomings of the parties in relation to their respective responsibilities or obligations.

1 Rio Open: Teen Carlos Alcaraz moves to the round of... 2 Bulls G LaVine will meet with doctors regarding left... 3 Michigan AG will not appeal Nassar-related cases after... 4 Tyreke Evans will be reinstated to the NBA and become... 5 Antetokounmpo will not play against Blazers because... 6 Carolina Herrera adds color to Valentine's Day 7 Japan's economy grew in the last quarter due... 8 Buffett's firm wins big with stake at Activision... 9 The INAEM, on the verge of the collapse 10 The recovery of tourism Divide Spain: South destinations... 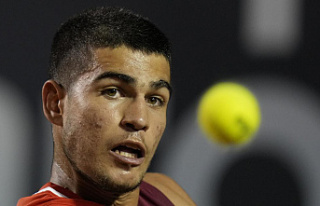 Rio Open: Teen Carlos Alcaraz moves to the round of...