The World Cup quarter-finals between Argentina and the Netherlands delivered a lot: spectacular goals and magical moments. 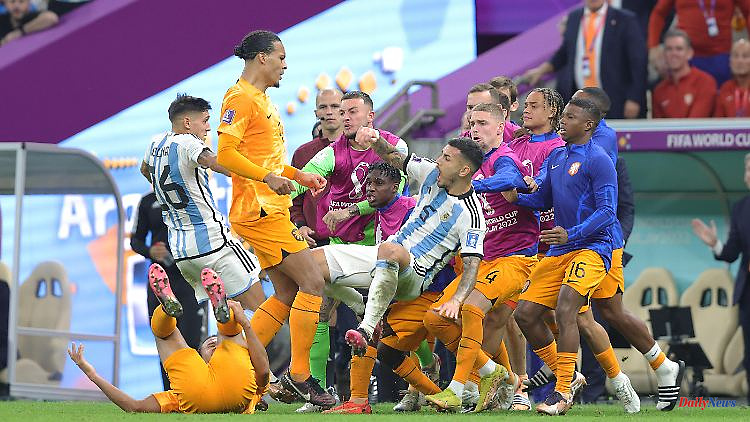 The World Cup quarter-finals between Argentina and the Netherlands delivered a lot: spectacular goals and magical moments. But above all, it produces a lot of yellow cards - more than ever in a World Cup game. FIFA is now initiating proceedings against both teams.

The disciplinary committee of the world football association FIFA has initiated proceedings against the Argentine and Dutch associations after the heated quarter-finals at the World Cup in Qatar. The South Americans are accused of possible violations of Article 12 - Misconduct by Players and Coaches - as well as Article 16 - Order and Safety at Games, FIFA said. The Dutch are only concerned with possible misconduct by players and supervisors.

The game was decided late on Friday evening at the Lusail Stadium with 4: 3 for the Argentines on penalties. After regular time and extra time, the score was 2-2. The game was also in the limelight because of the record number of yellow cards, and there were downright tumultuous scenes with verbal and physical attacks. At the end of the game, Dutchman Denzel Dumfries received a total of 17 yellow cards and one yellow card.

Referee Antonio Mateu Lahoz was also criticized after the quarter-finals. He “should have moved away from his generous line in the 89th minute mentioned at the latest,” judged ntv.de referee expert Alex Feuerherdt from “Collinas Erben”. The first pack formed in the 89th minute after Argentinian Leandro Paredes tackled his opponent and then threw the ball in the direction of the Dutch bench. "Lahoz is often successful with his empathy, but today he lost the players at some point."

There were clear words from Argentina's superstar Lionel Messi. "I was pretty upset," he said, "I don't want to talk about the referee because then you get punished straight away, but people saw what happened." The world association FIFA has to analyze this, "you can't summon a referee in such an important game if he doesn't meet the requirements".

1 Glamor wedding in Dubai: Jessica and Johannes Haller... 2 The decision was a "real fight": Evan Peters... 3 "It's rabbit": Carmen Geiss defends... 4 Five times a day: Adele was in therapy after her divorce 5 Role of a homosexual: Daniel Craig has the next post-Bond... 6 "A lot has happened": Helene Fischer allows... 7 People, pictures, emotions: RTL annual review: It... 8 Last "police call" with Raczek: A good dozen 9 "Contract signing closer": James Bond favorite... 10 "I don't understand the hype about me":... 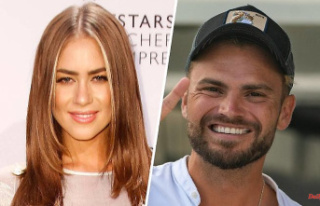