In the all-German quarterfinals of Wimbledon, Tatjana Maria beats the 22-year-old debutant Jule Niemeier and makes it into the semifinals of the world's largest tennis tournament. 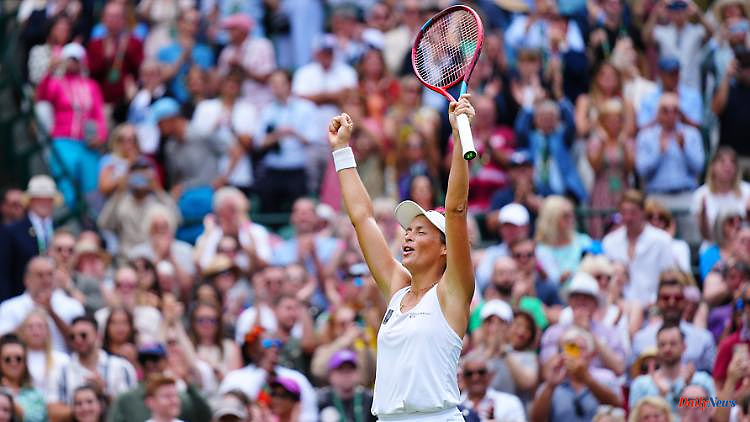 In the all-German quarterfinals of Wimbledon, Tatjana Maria beats the 22-year-old debutant Jule Niemeier and makes it into the semifinals of the world's largest tennis tournament. In three gripping sentences, the mother of two, Maria, keeps coming back after backlogs.

Tatjana Maria dropped the racket, put her hands over her mouth, and when she fell on Jule Niemeier's arm at the net, she shed tears of joy. After an emotional end to the German duel, thousands of fans cheered for the comeback queen. Debutante Niemeier left Wimbledon with her head held high, her hands formed into a heart.

"I have goosebumps everywhere, we made Germany proud," said Maria after the quarterfinals, which were initially nervous and ultimately dramatic, which she won 4:6, 6:2, 7:5 after more than two hours. "It's a dream to enjoy with my family, with my two little daughters," she said. Husband Charles Edouard cheered in her box, the daughters Charlotte and Cecilia must have been little stars in childcare in the training park. Her mom in the semi-finals of the most important tennis tournament in the world: nobody expected that. "Crazy," said Maria on the pitch.

At the age of 34, just 15 months after the second birth, Maria is the fifth German to play for the Wimbledon final. Steffi Graf had won the title seven times here, Angelique Kerber triumphed in 2018, Sabine Lisicki reached the final in 2013, and Julia Görges also made it to the semifinals four years ago.

So now Maria - and not Jule Niemeier, who was considered an easy favorite. And in the beginning it actually looked like she could continue her wondrous journey. Maria's dreaded slice, that disgusting undercut that had previously driven her well-known opponents to despair, didn't bounce off as sharply as usual, and although Niemeier served up a number of double faults, Maria ran in vain after an early break in the first set.

Only with her second loss of service did she find her way into the match and turned a 0:1 deficit into a 4:1 lead. Maria had shown comeback qualities even after her two pregnancies. "I always believed that I could do it," she said before the match: "It doesn't matter how old you are or how many children you have. If you believe in yourself, you can do it."

With this attitude she had thrown out the former French Open winner Jelena Ostapenko in the round of 16, although she was clearly behind and only one point away from the end. She also fought back against Niemeier and managed to equalize the set. Turning triumphantly towards her box, Niemeier slinked to her bench. She had lost control, less and less was working.

She has many options in her game, coach Kas raved about the "Jule Niemeier things" that you can't learn. Serve-and-volley is part of it, the fine blade with exact stops, but also a cracking forehand. She showed all that again and again, but also nerves. Maria caught up again in the third set after 2:4 - and thanks to her fighting heart she can continue to dream of the title.

Niemeier can console herself with £310,000 in prize money, doubling her previous earnings. She does not get points for the world rankings, which were withdrawn from the tournament after the exclusion of Russian and Belarusian players. For the main draw at the US Open, number 97 in the ranking therefore needs good results in the coming weeks. Her surprising run at Wimbledon should give Niemeier the confidence to do so. 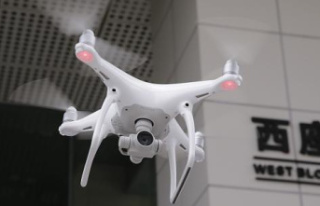 Hacker claims to be able to steal digital information...