Haas is the end for Mick Schumacher. 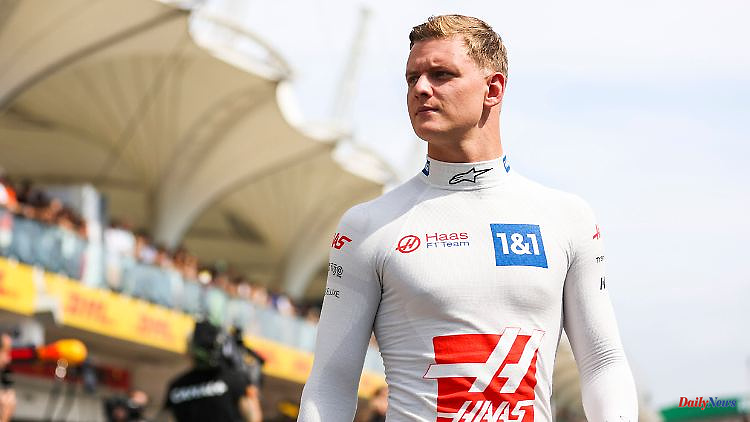 Haas is the end for Mick Schumacher. The handling of the US racing team with the 23-year-old German raises questions that many in Formula 1 ask themselves. Schumacher himself is already looking to the future - which seems to hold a promising change.

Only Logan Sargeant could probably prevent Mick Schumacher's temporary Formula 1 exit. If the American fails in the Formula 2 season finale and therefore misses the necessary super license points at the last moment, the Williams racing team would have to sign a new driver for the 2023 season at short notice. Theoretically and arithmetically possible, but practically everything indicates that Schumacher will have to follow the premier class of motorsport primarily as a spectator in the coming year. It had been indicated for months that Haas would not extend his expiring contract. The certainty of saying goodbye to the US racing team is a short-term setback for the 23-year-old - but given the circumstances, he also looks like a salvation from the outside.

Team boss Günther Steiner had repeatedly reproached his young driver in public. The expensive departures in Saudi Arabia and Monaco were too present when Schumacher severely damaged his car. In Miami, a collision with Sebastian Vettel cost the first points that were believed to be safe, in Imola the 23-year-old spun during a safety car phase, in Suzuka he missed a complete training session because he had serious consequences for the Haas on the way back to the pits into the tire stacks. Too many mistakes in a team that, unlike Alpha Tauri (ex-Toro Rosso) or Alfa Romeo (ex-Sauber), is also not known for providing young drivers with an environment conducive to development.

Meanwhile, Ralf Schumacher harshly criticized the way Haas and Steiner dealt with his nephew. "You can't call it personnel management," said the long-time Formula 1 driver, who missed motivation and support. Instead, Mick only had to read and hear repeatedly that he lacked consistency. He showed that he had potential - just never the feeling that he could somehow meet Haas' requirements and specifications. It was always defects and tactical mistakes that cost Schumacher better results. "I would have been happy if Günther Steiner had asked himself whether they were really good enough as a team," said Ralf Schumacher: "How many mistakes have they made? How often have they let their drivers down with their strategies?"

Timo Glock was also critical. "The way in which Haas has dealt with this topic in the past few weeks and months is difficult for me to understand," wrote the 91-time Grand Prix starter recently in his column for Sky, saying what wasn't few thought. The regular pushing forward (the public announcement) of the decision as to who will drive the second car alongside Kevin Magnussen in 2023, the changing specifications of Günther Steiner, Schumacher must now absolutely score before it was said again shortly afterwards that it came first on the driver's performance, which could also be a success without anything measurable - in retrospect, all signs of alienation between driver and team.

"The question is why Haas is keeping Mick so long?" Glock puzzled reproachfully. And "why he was put under pressure" and why clarity was not provided early on, "so that Mick could have been given the chance to look elsewhere". Now, a few hours before the first practice session on the last race weekend of the season, all the other cockpits have long since been taken: Oscar Piastri goes to McLaren, Alonso takes over from Aston Martin, Pierre Gasly from Alpine, Alpha Tauri takes Nyck de Vries and Haas takes Nico Hülkenberg . Sargeant has a commitment from Williams that if Super License points are reached, he will be used as a regular driver.

The fact that Haas will be relying on the much more experienced Hülkenberg in the future has become increasingly clear for weeks and is now a certainty. Felix Görner, ntv reporter and excellently connected in Formula 1, therefore raised the question of whether Schumacher took care of an alternative too late. The 23-year-old "didn't recognize the signs of the times early enough," said Görner, "how the team ultimately distanced themselves from him." The cooperation between driver and racing team no longer radiated harmony. Nevertheless, there was no "Plan B in sight" - Schumacher was always considered a candidate for replacements by the competition, but apparently it never became really concrete.

"For me, the topic is anything but closed," said Schumacher now, when Haas finally announced after months of delaying what everyone had suspected for a long time. In the two years he has "constantly improved, learned a lot" and "now knows for sure that I deserve a place in Formula 1". After a debut season in a hopelessly inferior car, he showed his driving class again and again this year, despite costly mistakes and ongoing public criticism, and proved once again that his greatest strength is his ability to constantly improve.

In turn, he could soon do this in an environment that stands for success like no other in Formula 1. Mercedes, recently dethroned by Red Bull Racing after eight constructors' titles in a row, is aiming to get back to the top. The gap to the leaders, which was huge at the beginning of the season, has gradually been reduced. Recently, in Brazil, the Silver Arrow was the fastest car for the first time this year. "According to our information," said Görner, Schumacher will soon continue "as a test driver for Mercedes". George Russell is likely to be set for years, record world champion Lewis Hamilton decides for himself when he ends his unique career. With good work in the simulator and in individual assignments, for example in training or test drives, Schumacher could recommend himself as his successor.

"I have time and will look at the options," said Schumacher himself in Abu Dhabi, and he also wanted to exchange ideas with Sebastian Vettel. The four-time world champion is retiring after this weekend and should be a valuable advisor as a mentor, a very good friend and, above all, with his experience of more than a decade and a half in Formula 1. Vettel also accused Haas of poor management, saying "the team leadership at Haas is sometimes a bit difficult to understand".

Meanwhile, Mercedes team boss Toto Wolff indicated in Brazil that he was keeping a close eye on the 23-year-old. He "made no secret of the fact that the Schumacher family belongs to Mercedes and that we value Mick very much". After taking over the Brawn racing team for the 2010 season, Michael Schumacher returned as a driver and made a fundamental contribution to the silver team being able to dominate for years.

"My passion burns for Formula 1," Schumacher made clear, "and I will fight hard to get back on the grid." Sure, the decision "very disappointed" him - but with some distance it also offers the chance to turn the step backwards into progress. Especially since, as his development as a racing driver shows, Schumacher will learn from this experience. And Mercedes should be a very good partner for this. 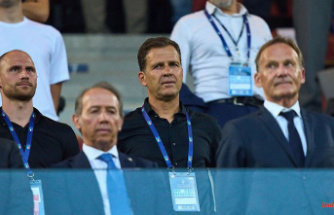 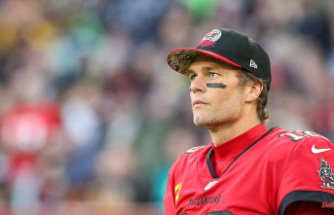 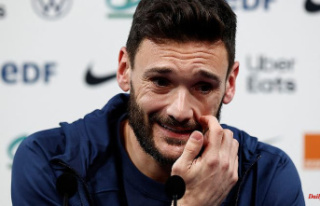