In the second set of the match for World Championship bronze, the German duo Svenja Müller/Cinja Tillmann is behind. 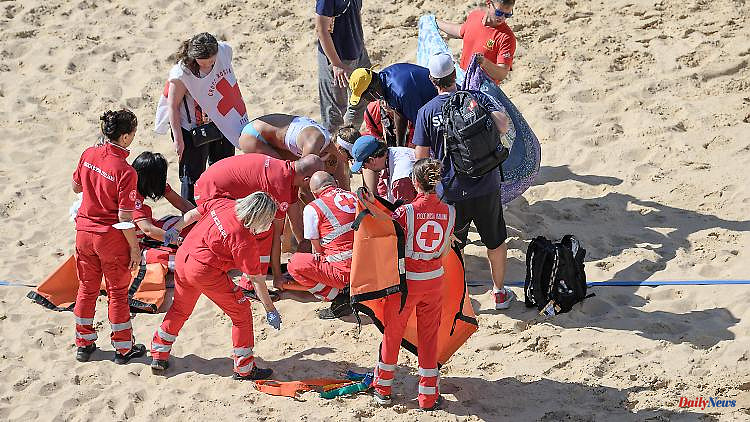 In the second set of the match for World Championship bronze, the German duo Svenja Müller/Cinja Tillmann is behind. Then the Swiss opponent collapses screaming, apparently because of a dislocated shoulder. Müller/Tillmann help with the first aid, there is hardly any joy about the demolition victory.

Suddenly bloodcurdling screams echoed through the stadium - and nobody was interested in the sport and the fight for the bronze medal at the Beach Volleyball World Championships in Rome. Svenja Müller and Cinja Tillmann looked at each other in complete shock when their opponent Joana Heidrich fell into the sand after her own serve, held her right arm and screamed in pain.

Heidrich was treated for minutes. Müller and Tillmann had tears in their eyes and at the same time helped to take care of the 30-year-old. They held towels to protect the casualty from being looked at while doctors tended to Heidrich. "It's just terrible, you're standing next to it and you're so helpless," said 21-year-old Svenja Müller. An initial diagnosis revealed that Heidrich had dislocated his right shoulder. She had already struggled with shoulder problems in the lost semi-final against the Brazilians Duda and Ana Patricia the day before.

At the time of the demolition, the two women from Hamburg were behind with 0:1 sets and 7:10 points against Heidrich and her partner Anouk Vergé-Dépré. After the Olympic bronze medalists gave up, the game and the medal went to the German duo. "These are very mixed feelings, our thoughts are with Joana and Anouk," said Cinja Tillmann. The fact that the 30-year-old and her partner, who was nine years younger, had put in a strong performance at the World Cup had become completely irrelevant.

Just getting into the semi-finals was a success for the newly formed duo. Only in the semi-finals on Saturday did they suffer their first defeat in their seventh World Cup game, beating Canadians Sophie Bukovec and Brandie Wilkerson 2-1.

"We saw the huge potential, but the fact that they were able to access it so quickly surprised us all," said DVV sports director Niclas Hildebrand. Müller and Tillmann got together last year, but only this year will they play through their first season completely. A first success was the victory in Ostrava in May at the Elite 16 tournament, the highest category in the Beach Pro Tour.

Above all, the 1.92 meter tall Svenja Müller, who is only 21 years old, is a promise for the future. "If she stays physically fit, she has six more chances to reach the finals at World Championships in her career," said Hildebrand.

The beach boss admitted that the performance of Svenja Müller and Cinja Tillmann glossed over the mixed German World Cup record. In the end, only Müller/Tillmann and Karla Borger/Julia Sude from Stuttgart reached the round of 16. The other two women's teams and the only men's duo, Nils Ehlers/Clemens Wickler, were eliminated early. "It was a World Cup with ups and downs for us," Hildebrand said before the game for third place. After the drama in the sand, nobody cared anymore.

1 Except for the eighth, nobody wins: German parade... 2 German championship title in eventing: Jung rides... 3 Ex-Liverpooler on Mané move: 'Will ruin the... 4 World Association informed in advance: Tennis professionals... 5 "Sensation", "bomb" and criticism:... 6 Warning of long-term damage: In Hoppel-Zoff, F1 teams... 7 "It can hit": alarm before the Tour de France... 8 Assaults as a gynecologist?: Investigations against... 9 Rostock doesn't make it: BUGA canceled for the... 10 Dispute over assault rifles: weapons manufacturer... 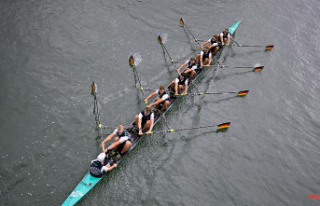 Except for the eighth, nobody wins: German parade...