It's not even a week since the World Cup final, and for some Qatari drivers it's back to everyday life. 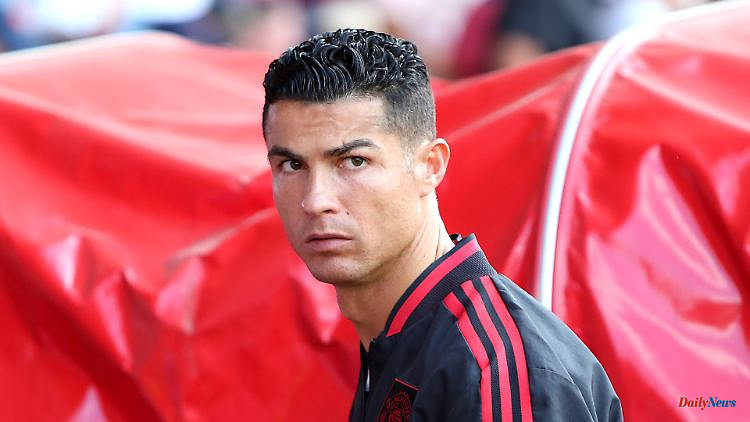 It's not even a week since the World Cup final, and for some Qatari drivers it's back to everyday life. In the League Cup, Manchester United uses eight of them - with success. It is also the first competitive game without Cristiano Ronaldo, the Portuguese superstar is given a rather cool farewell.

Manchester United have won the first game since Cristiano Ronaldo split and are in the quarter-finals of the English League Cup. In the penultimate round of 16, coach Erik ten Hag's team won 2-0 (1-0) against second division leaders FC Burnley on Wednesday. Denmark's Christian Eriksen (27th) and Marcus Rashford (57th) scored the goals at Old Trafford.

The club said goodbye to the Portuguese superstar in its stadium booklet, English media quoted as saying. Manchester United wrote there that the club thanked Ronaldo for his "immense contribution" on November 22 and wished his family all the best. This means the short statement with which the club made the separation from CR7 public.

The whole text is 81 words long. The statement continued: "The Portuguese superstar has scored 145 goals in two terms and 436 appearances, helping us to three Premier League titles, one FA Cup, two League Cups, the Champions League and the FIFA Club World Cup. Ronaldo was also crowned Ballon d'Or winner in 2008." By mutual consent, United and Ronaldo terminated the employment contract shortly before the World Cup in Qatar after the Portuguese publicly attacked the club in an interview.

From a sporting point of view, the game was also relevant for United: Overall, the fifth-placed Premier League team played the game with eight World Cup drivers. In addition to Eriksen (Denmark) and Rashford (England), Casemiro (Brazil), Bruno Fernandes (Portugal) and Tyrell Malacia (Netherlands) were also on the pitch from the start. Three other Qatari drivers, Brazilians Antony and Fred and Englishman Luke Shaw, also came on as substitutes. Burnley did without his Moroccan World Cup hero Anass Zaroury, who played against Croatia (1-2) in the match for third place on Saturday.

United were missing the two World Cup finalists Lisandro Martinez from Argentina and Raphael Varane from France. Just four days after the World Cup final, Manchester City and Liverpool finish the round of 16 of the English League Cup this Thursday (9 p.m. / DAZN and in the ntv.de live ticker). The Premier League begins on Monday with the traditional Boxing Day.

In addition to Manchester United, Nottingham Forest and Charlton Athletic also made it into the quarter-finals on Wednesday. Brighton

1 Gabriel Clemens starts strong: German darts star gives... 2 Russian has to give up medal: Olympic gold is ten... 3 "That disappoints me": National coach Gislason... 4 "Keep squeezing more and more out of lemon":... 5 Infections paralyze Germany: in addition to viruses,... 6 Since the 9-euro ticket: More people are being stolen... 7 Searches for fraud: Duo warned website owners thousands... 8 Why did the fish tank break?: Expert calls AquaDom... 9 Katy Karrenbauer on dementia: "I wanted a dog... 10 He freaks out, she's afraid: Pietro fights with... 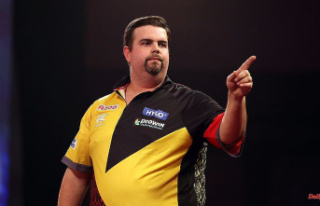