First defeat for Paderborn: Candidate for promotion fails at bottom of the second division

SC Paderborn has been recommended for promotion so far this season in the 2nd Bundesliga. 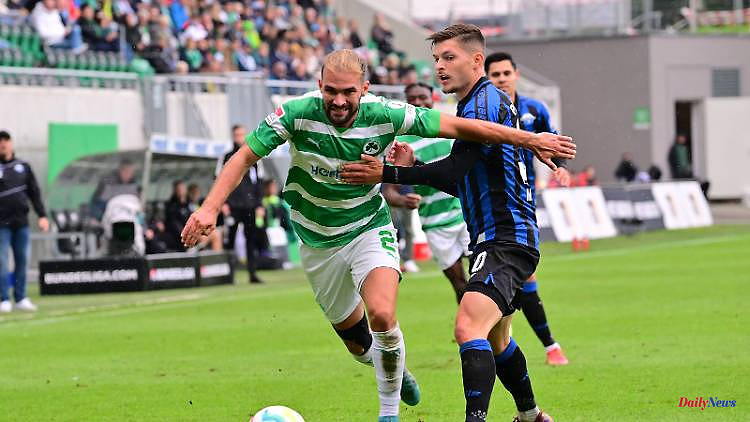 SC Paderborn has been recommended for promotion so far this season in the 2nd Bundesliga. But of all places, the club suffered their first defeat at the bottom of the table, Greuther Fürth, while Fürth celebrated for the first time. Jahn Regensburg also ends his winning streak.

The draw kings of 1. FC Kaiserslautern have fought for the next point in the 2nd Bundesliga despite being outnumbered for a long time. The newly promoted team came 2-2 (1-2) at 1. FC Heidenheim after falling behind twice and thus remains within striking distance of the top group. For coach Dirk Schuster's team it was the fourth draw in a row.

The Heidenheimers missed the leap to the relegation place on the 15th anniversary of their coach Frank Schmidt - no other coach in German professional football has been in office longer. After goals from Jan-Niklas Beste (17th) and Marnon Busch (44th), Terrence Boyd (20th/60th) brought the Palatinate back twice. FCK goalkeeper Andreas Luthe was sent off after an emergency brake (41').

After a hesitant start, the game only became more intense after the two goals - with chances here and there. Before the break, Luthe came too late in running out against Beste and saw the red card after video evidence, Busch converted the free kick that was due, which is worth seeing.

In the majority and with the lead behind them, Heidenheim controlled what happened after the break, but lacked the urge to go forward. Boyd completed an FCK counterattack for a somewhat surprising equaliser.

Andreas Albers (8th) took the lead with a penalty kick in front of 12,124 spectators. Christian Viet, who was under contract with St. Pauli until last year, was brought down in the penalty area. Shortly before the break it was again the Regensburg duo who raised for the hosts. After a Viet cross, Albers headed in for a brace (41').

Bundesliga relegated SpVgg Greuther Fürth has achieved the hoped-for liberation - and against the previous leaders of all places. After eight games without a win against SC Paderborn, Das Kleeblatt deservedly won 2-1 (1-0) and got some rest before the international break. The long-awaited first success of the season was extremely important, especially for coach Marc Schneider, the Swiss chair had already wobbled alarmingly.

Damian Michalski scored the opening goal in the 42nd minute. Dennis Srbeny (49') equalized before Branimir Hrgota (73') scored to make it 2-1. Fürth gave the Red Lantern to Magdeburg, for Paderborn the second defeat of the season was a setback in the fight for the top spots.

Fürth was focused, combative and determined. The dilemma, however, was once again the exploitation of chances. Such was the case with Dickson Abiama, who managed the feat of shooting the ball against the crossbar in front of an empty goal (20'). Michalski headed for salvation, the 1-0 just before the break was well deserved.

But the joy didn't last long. After the change, Paderborn increased the pressure and were quickly rewarded. After that, the game rippled along - until Hrgota's shot into luck. 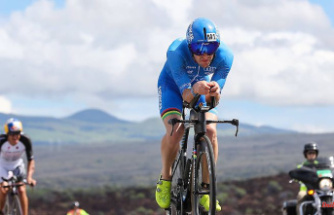 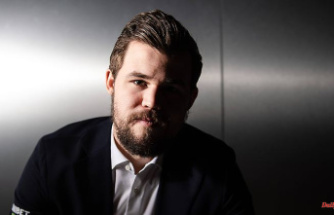 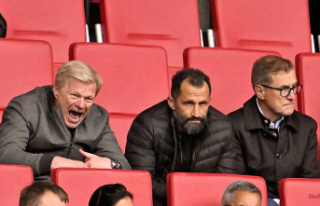 "Everyone dissatisfied, in a bad mood":...