First outing in the HBL: Handball professional Krzikalla comes out as homosexual 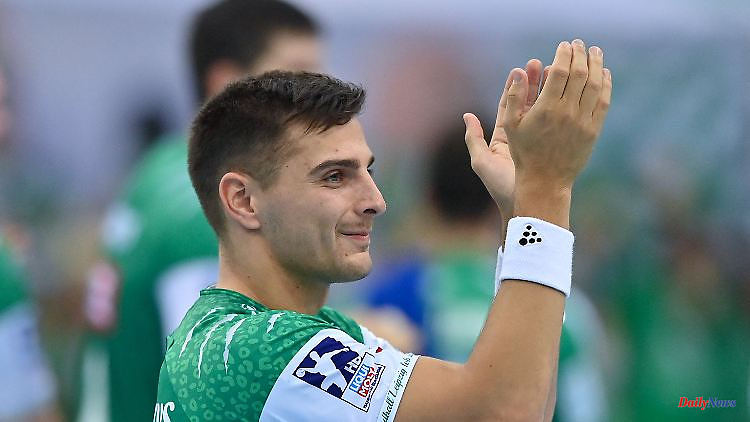 Gradually, professional athletes openly admit their homosexuality. Now a team athlete also dares: Leipzig handball player Lucas Krzikalla describes his outing as "one of the most important steps" in his life.

Handball professional Lucas Krzikalla from Bundesliga club SC DHfK Leipzig has made his homosexuality public. He also wants to use it to drive changes in the world of sports. "Sexuality, who wants to live how, simply doesn't have to matter - in any job. And so that something finally changes, we professional athletes must now do something ourselves. The change must also come from within, from the sport itself," he said 28-year-old in an interview with "Welt am Sonntag".

"After years of discrimination, if we all have the courage, we now have the chance to actually change something once and for all. Every coming out is a great liberation." The interview is his contribution to this, said Krzikalla. "Today I can say it very clearly here: I'm gay, I have a friend who I love and I'm very happy about it," said the handball professional. Making this public is "one of the most important steps in my life".

Krzikalla's club praised the handball player for his decision. He would like a "very calm and open approach to this topic," said team manager Karsten Günther on Sportradio Germany. "I hope that this step will help to ensure that it doesn't have to be a concern in the future and that many people will follow suit."

Krzikalla reported that for years he had struggled with himself in dealing with his homosexuality in public. "It's a lot... you don't want to get your team into trouble. We also represent a club or association." You can't just decide for yourself," he said. "It's the prejudices: a man can do everything, he just can't show himself weak to another man - especially not in sports." There are a lot of reservations, But now he doesn't care. "There will always be idiots who make stupid jokes. I want to stand for what I do and not be defined by my sexuality."

1 Not willing to kill for Putin: Russian rapper falls... 2 Everyone should get an answer: Since the death of... 3 Bavaria: 78-year-old mushroom picker has to spend... 4 Bavaria: Climber seriously injured when falling from... 5 Bavaria: men rob Oktoberfest guest in front of the... 6 Disclose how animals are kept: Government wants labeling... 7 "Love of my life": Star director James Gunn... 8 Saxony: cars in Leipzig-Connewitz set on fire: investigations 9 North Rhine-Westphalia: With 3.84 per thousand at... 10 Bavaria: 33-year-old delivers a chase with the police 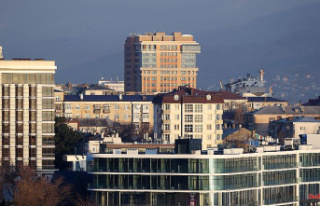 Not willing to kill for Putin: Russian rapper falls...