The exceptional German player Angelique Kerber rushes to her first-round success in Wimbledon in just over an hour. 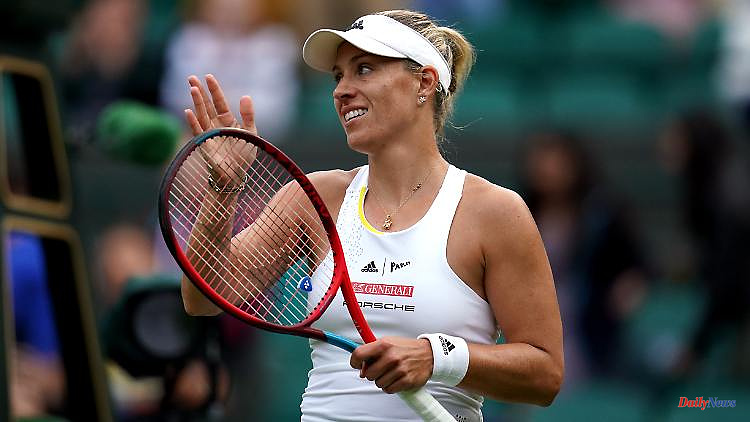 The exceptional German player Angelique Kerber rushes to her first-round success in Wimbledon in just over an hour. Two other German players also move into round two. On the other hand, Jan-Lennard Struff failed, who was narrowly defeated by the "child prodigy" Carlos Alcaraz after a long fight.

Angelique Kerber mastered her opening task at the grass classic in Wimbledon in a hurry and presented herself in a strong early form. In the 6:0, 7:5, the 2018 winner outclassed the Frenchwoman Kristina Mladenovic at the beginning and after only 62 minutes crowned the strong performances of several German tennis professionals at the start of the tournament. Jan-Lennard Struff just missed a first-round coup against young Spanish star Carlos Alcaraz in five sets to make it into the second round. Jule Niemeier and Maximilian Marterer, on the other hand, celebrated their premiere wins at Wimbledon.

For the three-time Grand Slam tournament winner Kerber, on the other hand, it was the 37th success at her self-proclaimed "magic place" on the legendary Church Road - and a special one. In her 14th Wimbledon participation, she managed to win a set without losing a game for the fourth time.

It was only in the more competitive second round that Kerber was really challenged, but she showed her class in the decisive situations and made the decisive break to make it 6:5. With a backhand, she converted her match point. In the next round, last year's semi-finalist meets Magda Linette from Poland, for which she is also a favourite.

Shortly before Kerber's performance on Court 1, the spectators said goodbye to Struff under the closed roof of the second largest stadium with thunderous applause. Despite a great fight, the 32-year-old Warsteiner had to admit defeat after 4:10 hours 6:4, 5:7, 6:4, 6:7 (3:7), 4:6 and applauded the seventh in the world rankings The back.

Struff conceded the decisive break to make it 4: 5 in the fifth set, and Alcaraz, number five, converted his second match point a little later. "He played very well," Alcaraz praised his opponent. Struff defeated the child prodigy in the first round of the French Open last year. After winning four tournaments alone this year, the 19-year-old Spaniard has a completely different status and is currently seventh in the world rankings. The 22-year-old Niemeier prevailed after only 73 minutes 6: 1, 6: 4 against the Chinese Xiyu Wang and thus celebrated her first victory ever in a Grand Slam tournament. "I'm extremely happy with my performance today because I played very well from start to finish," said the Dortmund native. Niemeier now faces an extremely difficult task and meets Estonian Anett Kontaveit, who is number two.

Marterer defeated the Slovenian Aljaz Bedene after 3:04 hours 4:6, 7:5, 6:4, 7:5 and was not discouraged by two longer breaks in the rain. "It feels incredible, I wouldn't have expected that before the tournament," said the man from Nuremberg, who fought his way through qualifying. Marterer achieved his first victory in Wimbledon in his second main round participation, he is now dealing with Frances Tiafoe from the USA.

Struff, on the other hand, narrowly failed in his first second round entry since 2019. The fracture of his big toe, which had stopped him for more than two months this year, was not noticeable for a long time. In view of the "brutally difficult task" he had announced before the game that he would deliver a "monster fight" - and Struff kept his word. Especially with his up to 218 km/h fast serve and crashing forehands, he put his opponent under pressure at the beginning and kept his nerve in numerous tight moments. Struff fended off four breakballs in the first set and celebrated the set ball converted by an ace with an outstretched fist in the direction of his appendix in the stands.

The rain was pattering on the closed roof, and both players were not discouraged by the sometimes humid conditions. In the second set, Alcaraz was able to take the serve from Struff for the first time and repeatedly presented him with problems as the game progressed with strong passing balls. In the end, Struff also visibly lacked the strength. 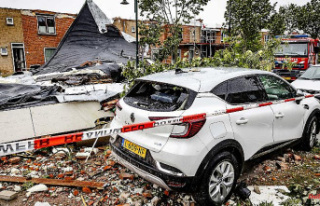