It is the first win of the season in the Porsche Carrera Cup Germany for Larry ten Voorde (Team GP Elite): The Dutchman won the sixth race in Imola, Italy, on Sunday. 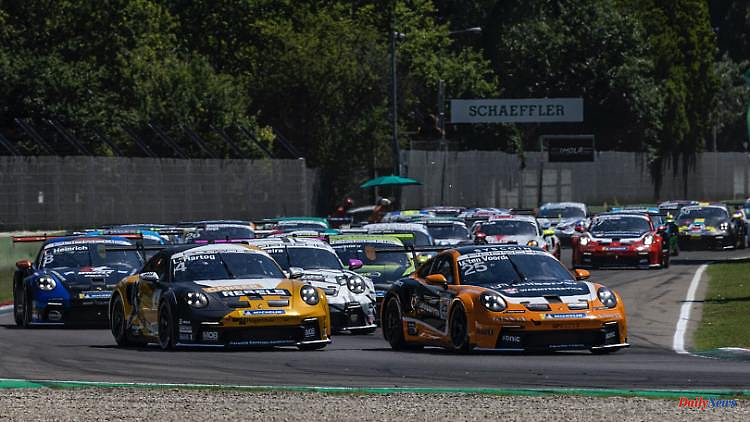 It is the first win of the season in the Porsche Carrera Cup Germany for Larry ten Voorde (Team GP Elite): The Dutchman won the sixth race in Imola, Italy, on Sunday.

"In the previous races, things didn't go perfectly for me. So I'm happy that I finally got my first win. You have to drive with the utmost concentration in Imola because any mistake can end up in one of the many gravel traps. I'm but a big fan of the track," says ten Voorde. After six races, there have already been four different race winners in the current season. Ten Voorde's compatriot Loek Hartog from Team Black Falcon took second place. The podium was completed by Dylan Pereira (IronForce Racing by Phoenix) from Luxembourg. During the DTM race weekend, a total of 31 drivers in their 375 kW (510 hp) Porsche 911 GT3 Cup ensured a thrilling competition in the Autodromo Enzo e Dino Ferrari. Bright sunshine and temperatures of 32 degrees Celsius made for challenging heat conditions. Ten Voorde started the race from pole position, but Hartog tried to take the lead before the first corner. In the duel between the two Dutchmen, ten Voorde asserted himself and gained a lead of around two seconds in the first few laps. With the experience of the two-time Carrera Cup champion, the 25-year-old controlled the race from the front to the finish.

Behind ten Voorde, a trio of Hartog, Pereira and Porsche Junior Laurin Heinrich (Germany/SSR Huber Racing) fought for the other two podium places. In a lively early phase, Hartog defended his second place from behind and then broke away from his pursuers. "At the beginning I had to look in the rear-view mirror several times. But lap by lap I got faster and was able to build up a good lead," says Hartog. The 19-year-old is one of eight drivers from the talent pool squad, the talent promotion program of the German one-make cup. Pereira held third place over the entire distance. "Unfortunately, I made too many mistakes to be able to achieve a better result. I have to improve on that in the next races," analyzes Pereira.

After Heinrich always finished on the podium in the first five races of the season, the 20-year-old just missed out on a top 3 result by finishing fourth in Imola. "I was on the off-track at the start. That's why it was difficult to make up positions right at the beginning. I attacked Dylan Pereira several times afterwards. But I had to find the right balance so that the tires and brakes were in the slipstream in the high temperatures didn't get too hot," says the man from Würzburg. Saturday's winner Bastian Buus (Allied Racing) crossed the finish line in fifth place. The Dane overtook Michael Ammermüller (Germany/SSR Huber Racing) on ​​the last lap, but pushed his opponent into the gravel bed and received a time penalty of three seconds for the maneuver after the race. The order behind Heinrich was therefore Max van Splunteren (Netherlands/Team GP Elite) ahead of Ammermüller, Buus and Rudy van Buren (Netherlands/Huber Racing).

"It was great to return to Imola after 30 years with the Porsche Carrera Cup Deutschland. With its great history, the track radiates a special flair. With Bastian Buus, a driver from the talent pool program has his first Carrera this weekend -Cup victory was a great success for our youth development", says Hurui Issak, project manager of the Porsche Carrera Cup Germany. Rounds seven and eight of the ADAC GT Masters are on the agenda at the Circuit Zandvoort next weekend (24th to 26th June). Heinrich (128 points) travels to the Dutch North Sea coast as the leader of the standings – followed by Pereira and ten Voorde (both 92 points). Nine Carrera Cup drivers and the GP Elite team drive in front of home fans in the double run west of Amsterdam. The team around team boss Torsten van Haasteren comes from De Rijp, almost 40 kilometers from Circuit Zandvoort.

Bastian Buus achieved his first victory in the Porsche Carrera Cup Deutschland in Imola, Italy. At temperatures of 34 degrees Celsius, the decision was made in a spectacular final phase, when several drivers in the Autodromo Enzo e Dino Ferrari fought for victory in the fifth round of the season. "That's a great feeling! At the restart after the second safety car phase, I stayed close to Loek Hartog and was then able to prevail in the duel for the lead," says Buus (Denmark/Allied Racing). Second place in Saturday's DTM race went to Porsche Junior Laurin Heinrich (Germany/SSR Huber Racing). Larry ten Voorde (Netherlands/Team GP Elite) finished third in his Porsche 911 GT3 Cup.

The front row of the grid was made up of two drivers from the Talent Pool, the young talent program of the German one-make cup, in pole setter Loek Hartog (Netherlands/Black Falcon) and Buus. Hartog held his own at the start, but was only able to defend his lead in a turbulent race with two safety car phases until shortly before the end. A few minutes after the safety vehicle, an all-electric Porsche Taycan Turbo S, turned into the pit lane for the second time, the front runners drew close together. Three laps before the finish, Buus used the brakes of the man in front to overtake him with the decisive manoeuvre. This made Buus (18 years and 363 days old) the second youngest race winner in the history of the Porsche Carrera Cup Deutschland, after today's Porsche works driver Thomas Preining (18 years and 359 days old). The youngster received his trophy from Thomas Laudenbach, Head of Porsche Motorsport.

Heinrich was also able to pass Hartog in the closing minutes. "It was a hectic race, especially the last laps were really exciting. There were a lot of duels and as a result a few retirements. Second place is a good result," summarizes Heinrich. The 16 laps were exciting for defending champion ten Voorde. After a collision at the beginning, the 25-year-old dropped back to 15th position, but fought his way up to third place on the podium with many overtaking manoeuvres. "Unfortunately, I fell back early through no fault of my own. Nevertheless, it was a great race for me. Of course, I was also able to benefit from the safety car phases, but I never gave up and I rewarded myself for it," says ten Voorde.

Carlos Rivas (Black Falcon) celebrated victory in the ProAm classification. On the 4.909-kilometer track southeast of Bologna, the Luxembourger won ahead of the two Germans Kim Hauschild (HRT Performance) and Jan-Erik Slooten (IronForce Racing by Phoenix). It is already the fourth win of the season in the ProAm class for Rivas from Luxembourg.

After five races this season, Heinrich (115 points) is still the leader of the standings in the Porsche Carrera Cup Deutschland. The 20-year-old is followed by Pereira (76 points) and Buus (73 points). The sixth round of the season starts on Sunday at 11:25 a.m. RTL, Germany's leading streaming platform, is broadcasting the race live. The race will also be shown on the Porsche Carrera Cup Deutschland Facebook and YouTube channels and in the Porsche Motorsport Hub. 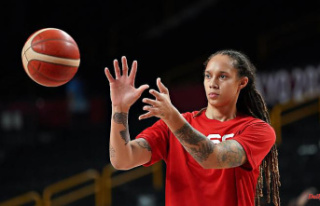