The youngest squad, the most exciting professionals: After the title party for the surprising triumph in Serie A, AC Milan wants to remain at the top in the long term. 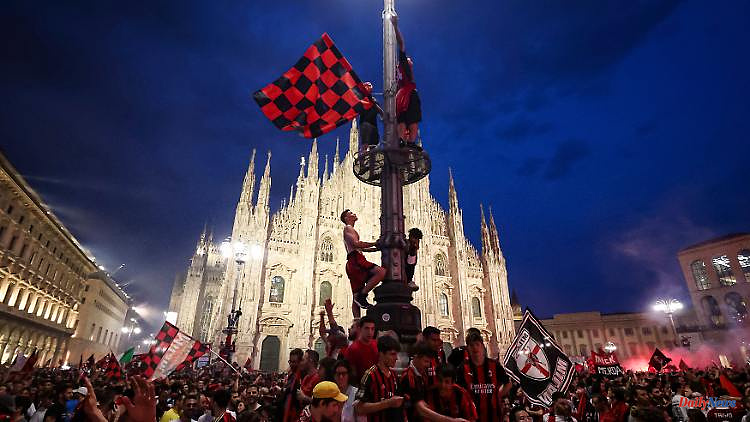 The youngest squad, the most exciting professionals: After the title party for the surprising triumph in Serie A, AC Milan wants to remain at the top in the long term. An upcoming change of ownership shouldn't change anything - the future of an old star is still open.

In the middle of the night, the Milan pros presented their fans with the championship trophy, with Zlatan Ibrahimović raising the golden trophy in triumph. And the tifosi in Piazza Gino Valle, who had suffered for more than a decade, freaked out under the glow of flares and Bengal fire. Milan and Italian football are back in red and black.

After years of mediocrity and now a surprisingly splendid season in Serie A, AC Milan players and officials are enjoying their coup. "Some didn't believe in us, some laughed at us and today we are champions," said Ibrahimović on Milan's 19th league title. "It's incredible satisfaction."

A worthy 3-0 win at US Sassuolo sealed their victory in the table ahead of city rivals Inter Milan - the defending champions ended up two points behind. Milan's wild party began on the pitch in Sassuolo: Ibrahimović picked up his medal with a fat cigar in his mouth, defender Theo Hernandez splashed coach Stefano Pioli with champagne. "I've wanted to celebrate with the Tifosi all year," said the coach, who was hugged and high-fived by dozens of fans after the Milan supporters stormed the pitch peacefully.

"Fabulous Milan" was the headline in the daily newspaper "Gazzetta dello Sport". On Monday evening, the next part of the championship party will take place with the team's open-top bus parade through Milan.

In one of the most exciting Serie A years in a long time, AC Milan prevailed as a collective ahead of Inter, SSC Napoli and also the former series champion Juventus Turin: The really big stars were more likely to be identified in the squads of the rivals before the start of the season. "No one bet a lira on us," said captain Alessio Romagnoli, "but we believed in ourselves from the start."

With an average age of around 26, this team is the youngest team to win the title in Italy since the mid-1990s - and this despite two old hands: 40-year-old Ibrahimović, after his twelfth championship title spread across five clubs, wants to consider in the next few days whether he continues or ends his career. The 35-year-old Olivier Giroud, who played a key role in the success with goals in the derby against Inter (2-1) and on the final day in Sassuolo, is firmly scheduled for next season.

But the youngsters stood out even more: Portuguese Rafael Leão was voted Serie A's Most Valuable Player. "He made the difference - all year," said Ibrahimović. Sandro Tonali has become a fixture in midfield and should also help the national team to make a comeback. In defence, Fikayo Tomori and Pierre Kalulu made the injury absences of Romagnoli and Simon Kjaer forgotten, as did Mike Maignan the departure of EURO goalkeeper Gianluigi Donnarumma.

Thanks to the age structure, a new era could begin. "Let's hope this is just the beginning of a future that smiles for Milan," said Paolo Maldini - once a pitch icon turned manager - after his first title as the Rossoneri's technical director. "This has to be a starting point, not the goal," added Maldini.

The upcoming change of ownership should not stop the rise. US investment firm Elliott, owned by founder Paul Singer - who attended a game for the first time on Sunday - is about to sell most of its Milan stake to Redbird, another US-based investment firm. According to media reports, Elliott will remain on board as a minority shareholder. Elliott is said to have invested around 740 million in four years in AC Milan - the club was last estimated at 1.3 billion. And the championship title could drive up the purchase price again.

1 Deadly shot at fair: Police arrest suspects in Lüdenscheid 2 Boy suffocated in a sack: judgment on Hanau cult murder... 3 Without a mask at the state funeral: Kim challenges... 4 Reduce negative energy: These tricks help against... 5 Lower security level: Boris Becker transferred to... 6 Compensation Judgment: Money Back for Losses in Online... 7 Is a new pandemic looming?: What we know so far about... 8 Baden-Württemberg: All in white and delicious: top... 9 North Rhine-Westphalia: Eight-year-old hit by car:... 10 North Rhine-Westphalia: NRW Innovation Prize awarded:... 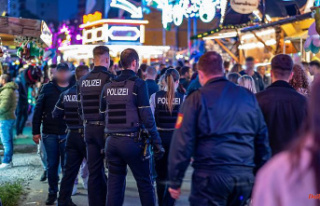