What a mood, what a drama: Lionel Messi saved Argentina from being eliminated with his golden goal against Mexico. 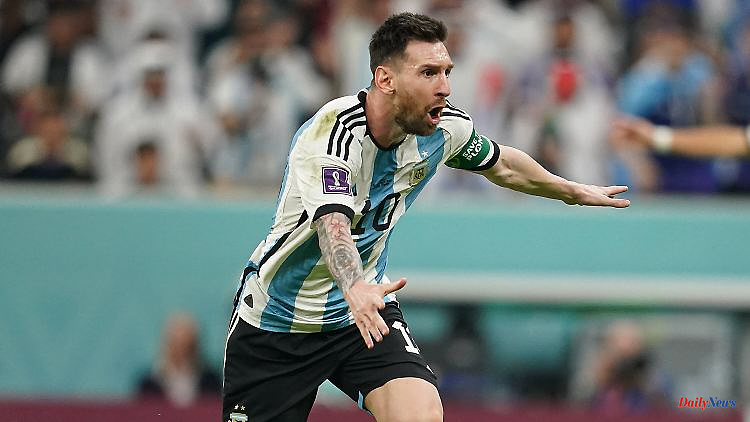 What a mood, what a drama: Lionel Messi saved Argentina from being eliminated with his golden goal against Mexico. In doing so, the superstar redeems an entire country, shatters fears and also saves his own legacy. for now. An evening of magic - in a place of the dead.

Uff. Argentina, how much drama do you want? How many emotions? How much pressure and redemption? "YES!" is the answer on this wild, crazy football night in Doha.

If he hadn't already been the ultimate superstar, he would have been born today. If he hadn't been chosen umpteen times to be the savior of his country, it would have happened today. With his golden goal, Lionel Messi kept Argentina in the 2-0 (0-0) victory over Mexico in the tournament and took away the bitter fears of an entire country. How La Pulga the Flea (Messi's nickname) keeps delivering when his nation needs him most is awe-inspiring, fantastic and a wild heroic tale.

But from the beginning. Hours before the game, thousands of Argentinian fans tune in in Doha near the Souq Waqif market. Later, in front of the Lusail Stadium, anticipatory but also tense faces look up at the night sky. Because it's about everything. Already in the second game of the Albiceleste it will be decided whether one of the biggest and proudest soccer nations on the planet will be knocked out of the tournament in Qatar completely surprisingly. Whether the great career of Lionel Messi will find a shameful World Cup end. Because the 35-year-old will probably not play another intercontinental tournament. It's his last chance. It's Argentina's last chance.

It wasn't planned that way. Suddenly the fear takes hold. The game against Mexico, which should have sealed qualification for the round of 16 after a supposed win in the opening game against Saudi Arabia, is - very similar to the DFB team - after the embarrassing defeat in the opening game to a real final. "All or nothing" was the headline in Argentina's largest newspaper "Clarín" in its online edition a few hours before kick-off. Because the team around superstar Messi only has a chance of progressing if they win. A draw would require a lot of luck and a good goal difference at the very end.

A departure would be more than a medium catastrophe for Argentina. According to ntv.de colleague Roland Peters, who reports on site, the country, which always gives everything for football, experienced a hysteria that was rare even by Argentine standards. After winning the Copa América last year, the World Cup title is a must this year. For the country and for Messi. Coach Lionel Scaloni said before the game that there was "more and more pressure to represent a team like Argentina, which is different from many others". It is just "something special to take part in a World Cup with the jersey of the Argentine national team."

What's at stake here at the Lusail Stadium is revealed for the first time as the Paris Saint-Germain star takes to the pitch to warm up. Thousands of Argentinian fans cheered him wildly in this bowl, which also hosts the World Cup final. On the other hand, the Mexicans celebrate their team around goalkeeper icon Guillermo Ochoa just as frenetically. The anthems, which are roared at the top of the lungs from the crowd, provide the first moment of goosebumps. Wow what's going on here. Probably the best atmosphere at the tournament so far, the finest Latin American feeling. You don't even want to think about the ghost game feeling in the duel between Germany and Japan.

Messi set a record with the kick-off: together with Maradona, he now has the most World Cup games in his home country. The legend, who died two years and two days ago, almost single-handedly led the Albiceleste to triumph in Mexico. Thirty-six years later, the same Mexico could kick out his and Messi's homeland.

And while La Pulga has more international caps under his belt, he still stands in the shadow of perhaps the best footballer the world has ever seen. Only a World Cup win, as many in Argentina see it, can put Messi on a par with the icon. So will the 10 take his last chance to write another chapter in Argentina's World Cup history and make himself immortal? Or is there the shameful and embarrassing end in the preliminary round?

El Tri gets the better start, pressing early, being aggressive in the tackles and putting Argentina under pressure. Tough duels are fought, every player puts his heart into it one hundred percent. It's right - to throw in nice, but also appropriate football phrases - passion and fire in the game. But both teams also know how to convince with "dramatic" performances.

Every little offensive scene, every tackle is cheered. Cursed for every foul. In addition, singing and booing in a fort. There is an amazing noise. uninterrupted. The folk festival mood can't even come close to keeping up.

Messi can hardly be seen at first, drops down to get ball contacts. In the first 25 minutes, however, he and his highly praised offensive with Ángel Di María and Lautaro Martínez do not take place at all. But the Mexicans should be warned, because as often La Pulga hid for half the game and then struck ice cold. Keeper Ochoa warned of this "magic" out of nowhere before the duel. In the 28th minute, Messi got his team's first shot - even with a header - but the ball sailed well over the goal.

A free-kick from Alexis Vega from 20 yards gives El Tri the best chance, but keeper Emiliano Martinez makes a spectacular save. The imaginary decibel display explodes, although not even a goal has been scored. In return, Messi is chased by several Mexicans like a hunt. As expected, he doesn't get a centimeter for free. Here and there, the Argentinian fans quiet down. Your fear of shame increases.

Then it's half time - with this result the sensation would be as good as perfect and Argentina and its superstar would have been eliminated. Is the pressure on an entire country (once again) too great?

At the beginning of the second half, Messi finally started a solo run and was fouled in the best free-kick position. "Messi" chants echo through the round, but the superstar shoots the ball clearly over the wall and goal. But it's clear: La Pulga, who is whistled at every touch of the ball by the Mexican fans, wants to take control here. Wouldn't just like to throw what might be his last chance at the world title in the desert sand.

Then - in the 64th minute, which may one day go down in Argentine history - Messi is given a few meters of free space in front of the penalty area. He immediately uses the small gap, pulls off with his perfect shooting technique - and the ball hits, as so often, flat millimeters next to the post. The magic out of nowhere. Ochoa has no defense. Now the decibel meter would possibly implode or vanish into thin air out of fear, the eruption is so enormous.

Messi turns jubilantly with arms outstretched and cheers. The redemption. Through the Messiah, who might still be able to emulate the legend of Maradona. Messi is back when Argentina needs him most. The dream is not over yet. Half a stadium, a whole nation breathe a sigh of relief. The collective "puh" is literally audible and tangible.

In the end, it's this one situation that makes the difference. This World Cup in Qatar has now experienced its first completely absurd South American clash. When Enzo Fernandes curls the ball beautifully into the corner to make it 2-0, the spectacle is perfect. Although Argentina has not yet booked the ticket for the round of 16 and they still need at least one point in the last game.

Nevertheless: the disgrace averted, the honor of the homeland and one's own inheritance saved. Messi creates something monumental with a single shot, with a moment of magic. soccer is crazy And this flea is even more so.

So if you tune it all out at the Lusail, this is one heady night of football (if you don't side with Mexico). But you're not allowed to do that. Because it must also be remembered at such festivals of ultimate redemption that the stadium of Argentine joy was built by exploited guest workers. Perhaps workers died right on the spot of Messi's magic.

In an 18-month investigation, the human rights organization Equidem found the longest series of violations of any World Cup stadium. These include physical abuse, withholding of employee passports, psychological damage caused by threats, stress and cultures of fear or overcrowded and unsanitary workers' accommodation. And death of workers on the construction site. 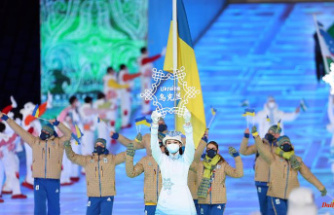 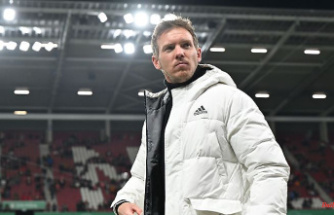 Not everything is good again: One thing really annoys Nagelsmann at Bayern 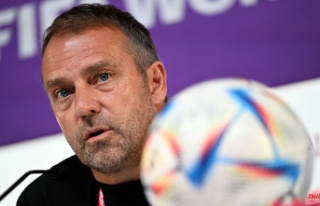 Mueller out? Kimmich transferred?: The most sensitive...