Rob Gronkowski is a great player and a great guy: The football pro has won the Super Bowl three times, and fans love him for his special style. 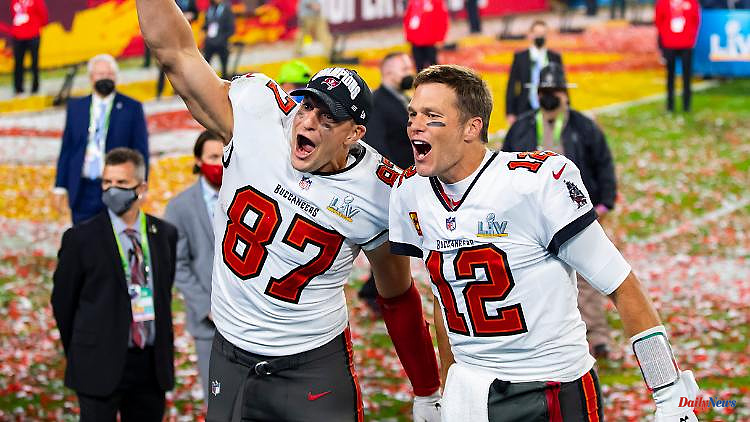 Rob Gronkowski is a great player and a great guy: The football pro has won the Super Bowl three times, and fans love him for his special style. Now superstar Tom Brady's favorite pass receiver is leaving the NFL for the second time. Until the phone rings...

NFL star Rob Gronkowski has retired for a second time and is unlikely to play for the Tampa Bay Buccaneers next season despite the comeback of pal and short-term retiree Tom Brady. The four-time Super Bowl winner announced the decision via Instagram. Until recently, the 33-year-old left his future open. "Out of retirement back to football and winning another championship and now back to chilling thanks everyone," wrote Gronk, who retired for the first time after three titles with the New England Patriots three years ago had explained.

When quarterback Brady joined the Buccaneers, Gronkowski made a comeback and played professional football for two more years. In the first season, the Bucs won the Super Bowl, Gronkowski's fourth title. Brady initially declared his career over after last season, but backed out 40 days later. He wants to continue playing for Tampa. But now without his favorite tight end, who had a total of 107 touchdowns in his career.

Superstar Brady sent big words to his pal in retirement: "Teammate, friend, brother - these are just a few of the words that come to mind when I think of @gronk," Brady wrote in an Instagram post. "Nobody has ever embodied the idea of ​​'leaving it all on the field' like Rob has throughout his career. With every single snap I knew he would find his place no matter how many people were put in front of him." Brady personally ensured that Gronkowski took the step back to the NFL in 2020.

"More important is the person he was off the field. Focused when he needed to be and FUN the rest of the time. Having Gronk in the locker room was every NFL player's dream," Brady wrote. He was "proud of everything we've achieved together and I'm even more excited for everything you have ahead of you. Congratulations Gronk, you deserve it."

Gronkowski joined the New England Patriots in the NFL in 2011, where Brady had been active since 2000 and the first three of his seven Super Bowl triumphs to date were a long time ago. Brady and Gronkowski developed a close bond, both on and off the field. "Brady is my quarterback. I don't go anywhere without Brady," Gronkowski once called out to those responsible for the New England Patriots when they wanted to get rid of the tight end.

The influence of the "Goat", the greatest player of all time, quarterback Brady is considered to be, on Gronkowski's career can hardly be overestimated. During the years together in the most glamorous league in the world, both rose to become a legendary axis. No tight end caught more touchdowns in the playoffs than Gronkowski (15), his 18 touchdowns in 2011 are the best ever for any other tight end for the regular season. In 2021, in the last joint triumph for the time being, Brady found his favorite pass receiver in the Super Bowl twice for a touchdown. Now the legendary Brady-Gronkowski team is back in the league - at least for the time being.

1 "Right away": Mané is pursuing a big goal... 2 The question of meaning behind the coup: What does... 3 Swimming World Championship becomes a silver festival:... 4 Hardly any money, but clear visions: Barça will leave... 5 "Something good for our sport": Golf rebel... 6 Between cult and scandal professional: The "Hinteregger... 7 FC Bayern does not give up Star: Secret meetings do... 8 First win of the season: Larry ten Voorde wins at... 9 Phone not answered: US embassy hangs imprisoned Olympic... 10 "Schumi's" favorite course: Legendary... 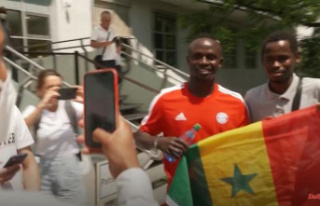 "Right away": Mané is pursuing a big goal...