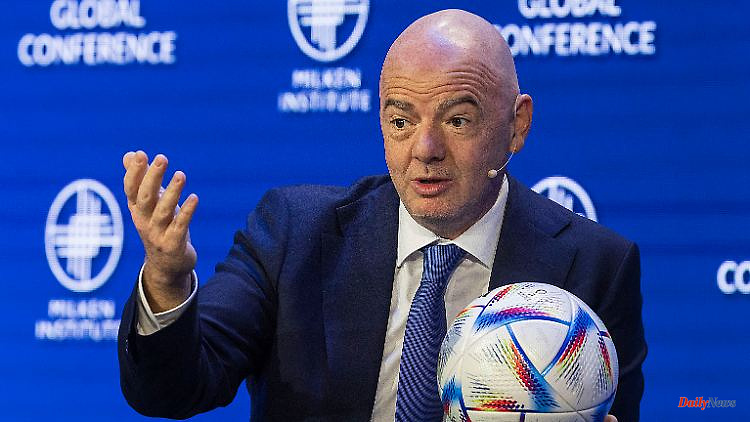 The controversial soccer World Cup in Qatar begins in eight weeks. The emirate is heavily criticized internationally for disregarding human rights. The FIFA boss is now trying again to emphasize the progress in the country.

After meeting Federico Villegas, President of the United Nations Human Rights Council, FIFA boss Gianni Infantino underlined the progress made in the World Cup host country Qatar. "The abolition of the kafala system, the introduction of minimum wages and measures to protect workers from the heat are among the positive changes that are also praised by independent international organizations," Infantino said after the talks in Geneva. The kafala system binds foreign workers tightly to a local guarantor, such as an employer, and often opens the door to exploitation.

The focus of the exchange between Infantino and Villegas was "the role that football can play in spreading human rights," FIFA said. The importance of human rights for future bids for FIFA tournaments was also on the agenda. Qatar has been heavily criticized for disregarding human rights. Homosexuality is forbidden. Representatives of the LGBTIQ* community have so far advised against traveling to Qatar. The exploitation and death of thousands of guest workers, also on World Cup construction sites, was widely denounced.

Infantino expressed his hope that the World Cup would create long-lasting reforms. FIFA will "continue to work together with the authorities in Qatar to ensure that the World Cup is a tournament where everyone is welcome," said Infantino, who is not known for seriously criticizing the country. Villegas shared that hope. "FIFA has shown that football has an important role to play in raising awareness of human rights issues, not just in Qatar but around the world," said the Argentine. He was pleased with the "recent developments that show that FIFA as an organization has taken a strong stance on combating human rights abuses such as racism and discrimination." 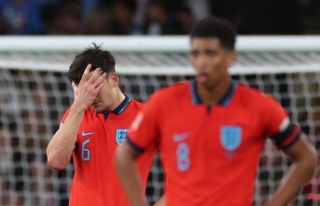 Southgate stubborn as once lion: The desperate lions...