Football threatens to lose its importance: the urgent warning of a Bundesliga boss 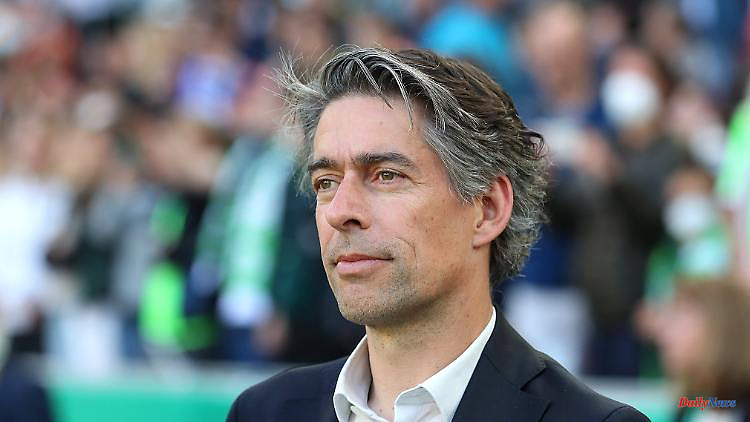 Wolfsburg and football. Nobody cares. Sure, the wolves play in the Bundesliga, but that's about it. Now, of all places, an urgent warning is coming from there. The league, says VfL boss Michael Meeske, is threatened with going into the niche, he has a solution. It's worth listening to him.

VfL Wolfsburg is not a club that moves the masses in the Bundesliga. The "Werk-Stadt-Verein" from the Lower Saxony province hardly reaches people, the VW city on the Mittelland Canal is only in public perception only in jokes about trains or business news. Nevertheless, the wolves have been part of German professional football for many years now and sometimes it might even be worth listening more closely to the words of the officials working there.

They have a different view of the social game of football and operate outside of the value system established by the numerous traditional clubs. On the one hand - keyword 50 1 - this is quite problematic. Here, the Volkswagen group, which is also the owner of the club, compensates for the losses. According to financial figures recently published by the DFL, that was 17.8 million euros in the past financial year. Other clubs don't have that option.

But that should not be the topic here. It's about something else. About opening up football for new generations, about the digitization of the game - not through nonsense ideas like drone interviews, but about a step that the Formula 1 racing series has already taken so successfully and has put the motor spectacle on a completely new footing. Viewers find their way to the events via Netflix, via the numerous short clips from the ongoing race, and get stuck there.

Something that, as much as traditionalists resist, can also exist in German football. So it's about "the Netflixization of football", as Wolfsburg's managing director Michael Meeske called it in early 2022 in an interview with ntv.de/"11Freunde". It's about new viewing habits, new generations and the hope of getting them excited about the game too.

"There cannot only be oases of football romance," he said at the time. He called for a realignment: we want to offer contemporary sports entertainment. We also wonder what the next generation expects from football. There will still be classic corners, but new viewers may have different demands."

That's why it's important to hear this other side of the league, free from the burden of grand tradition. As far as we know, it will not suddenly disappear, but rather can be an important antithesis. And not by waving banknotes and playing the victim role, as cup winners RB Leipzig have repeatedly done in recent weeks, but by providing a different view of the game.

It is also about the future of the Bundesliga, which has presented itself as a digital pioneer on the international market in recent years. But this is mostly about data collection, in-game stats, the benefits of 5G and new transmission technologies. Rarely, however, is it about the place where most potential fans cavort. Rarely does one look at the breathlessness of social media. It thrives on short video snippets on the Internet that establish opinions and cheer moments for major events. Curse and blessing at the same time. The German Football League (DFL) has not yet found an answer to this.

The DFL deals restrictively with the rights. If you want to see scenes, you have to watch ARD sports show at 6 p.m. or have at least a subscription to watch summaries on Sky or DAZN. Game scenes that are shaky, recorded with a mobile phone in the stadium or even filmed on TV, are often blocked in social media. The League makes it difficult to disseminate the very snippets that compete with those of other moments in the global attention fair.

Not even the clubs themselves are allowed to provide scenes highlights during ongoing matches. There are exceptions in some markets. There, the rights holders can play highlights directly, but that rarely happens. The Bundesliga is as far away from the almost perfect social media staging of the US sports leagues as VfL Wolfsburg is from the hearts of most soccer fans.

It's still worth listening to the warning from the Mittelland Canal. Because it only reflects what has long been an issue in the industry, the missed opportunity of real digitization of the league. "Football that only wants to be an offer for purists will become a niche topic in the long run and - I believe - be less and less compatible with the masses. There will always be a target group for it, but it will always be smaller," warns the Wölfe managing director Meeske now in an interview with the DPA. One of these ideas to get this group enthusiastic about football is simple and is aimed at precisely this restrictive policy of the DFL. The 50-year-old demands "that spectators in the stadium can shoot and stream short videos themselves".

Something that the attractiveness of a league that also defines itself abroad through its fan culture is not such a stupid idea. Something that can also provide new fans in the stadiums with the new requirements in the course of digitization.

Meeske's warning to the league should therefore not be dismissed as the voice of a lightweight, but should serve to break up the structures a little. Because there cannot only be oases of football romance. This statement reflects the reality of the year 2022. 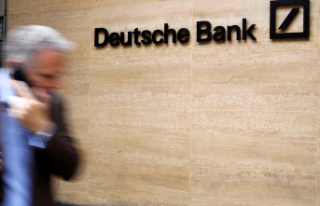