In professional football, it has always been forbidden to replace a substituted player. 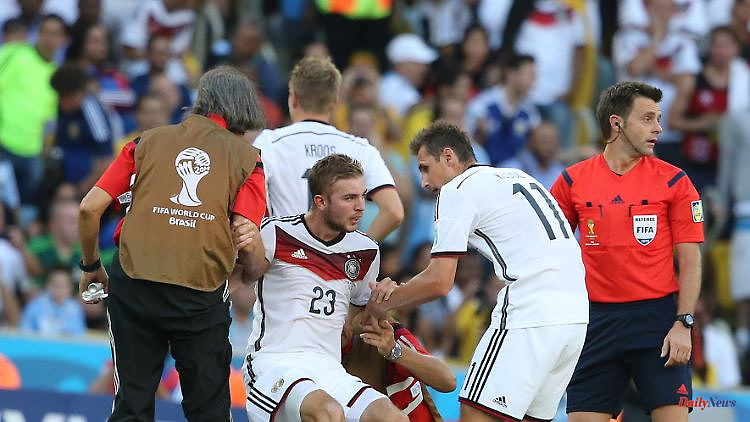 In professional football, it has always been forbidden to replace a substituted player. That only exists in the lowlands of amateur sport. But the Premier League wants to abolish this rule - so that coaches and those responsible can react better to possible head injuries.

The English Premier League wants to allow short-term substitutions from next season to protect against concussions. According to a report by the Guardian, the league has written to the International Football Association Board (IFAB), which is responsible for changing the rules in football, to test temporary player changes from next summer. For example, footballers who are hit in the head and suspected of having a concussion could be replaced for a short time and thus undergo a longer medical examination.

Should a concussion be confirmed, the substitute assigned for the duration of treatment would remain in the game. Otherwise, the previously substituted could be substituted again. According to the Guardian, the Premier League wants to apply to the IFAB together with the French Ligue 1 and the US league MLS. An answer is therefore expected in the coming spring.

The discussion about appropriate reactions to possible neurological head injuries is becoming increasingly important in football. At the end of December 2020, the IFAB had passed a test phase for a rule change on this complex: "The IFAB believes that if there is even the slightest suspicion of a concussion, players should "definitely" be eliminated from the game without their team suffering a numerical disadvantage as a result". , wrote the rulers, deciding to allow an extra substitution on a suspected head injury.

The rule was used for the first time in a world tournament at the recent World Cup in Qatar. The most prominent case occurred in the final: France, who lost to Argentina on penalties, were allowed to make seven substitutions during the 120 minutes: in addition to five regular substitutions, there was one additional one due to extra time, and midfielder Adrien Rabiot was suspected of suffering a head injury could also be replaced - regardless of whether the suspicion was confirmed or not.

At the World Cup, the referee had no authority to insist on the substitution of a suspected injured player. In response to the obvious head injury that DFB player Christoph Kramer suffered against Argentina in the 2014 World Cup final and then initially continued playing, FIFA established a uniform procedure for such cases: "The proposal provides that if the referee suspects a concussion can stop play for three minutes to allow the team doctor in charge to carry out an on-field examination and decide whether the player has concussion," FIFA wrote. "The referee will only allow the injured player to continue playing with the permission of the team doctor, who will make the final decision."

1 Russian has to give up medal: Olympic gold is ten... 2 Clashes in Buenos Aires: Eight injured after canceled... 3 Searches for fraud: Duo warned website owners thousands... 4 Fled on e-scooters: robbers attack a luxury jeweler... 5 Reports on a deal worth millions: Justin Bieber probably... 6 Ricardo Simonetti in an interview: "You always... 7 Cherry near Westminster Abbey: Kate plants memorial... 8 "Thanks to all paramedics": Take care of... 9 Singer called clothes "garbage": H 10 Uncertain Times: How Do I Deal With Negative Hallway... 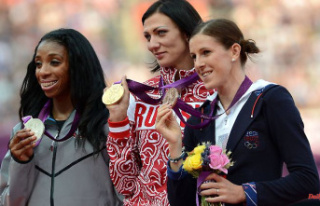 Russian has to give up medal: Olympic gold is ten...