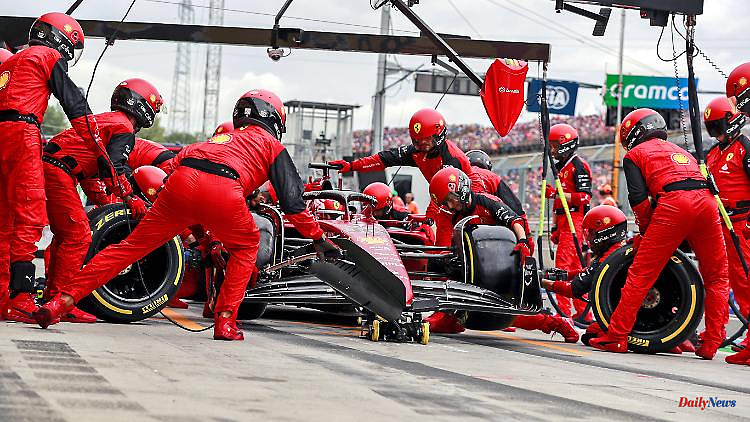 Max Verstappen wins the Hungarian Grand Prix despite starting the race from tenth place. Ferrari, on the other hand, experiences the next self-inflicted disaster in Formula 1. Mercedes fills the gap, while Sebastian Vettel can at least draw some hope.

The world champion drove an outstanding race and could even afford to spin - his superiority was overwhelming. 63 points ahead of Charles Leclerc at the beginning of the weekend sounded like a small world, what are the 80 points that are now after the 8th win in the 13th race of the season and at the start of the summer break? But despite all the brilliance of the 24-year-old and his team: The competition from Ferrari once again helped a lot.

After qualifying, the Dutchman cursed the engine problems that had thrown him back to tenth on the grid. On Sunday, however, he showed an almost flawless race, could even afford to spin and still win without any problems. The constant extra class that Verstappen now shows in the cockpit ensures that many already want to congratulate him on the second world title that seems inevitable. 80 points ahead with nine races left and an opponent who is mainly fighting with himself? A lot would have to go wrong after the summer break.

Sky expert Ralf Schumacher is already prophesying that things could soon get tight for team boss Mattia Binotto. And the former Formula 1 driver has good reasons for his thesis: The Scuderia made a number of misjudgments, the choice of tires and tactics were simply inadequate in Hungary. Leclerc couldn't cope with the hard tires at all, Verstappen literally flew past him. Numerous other teams had already put on the white, hard tires during the course of the race and realized that competitive times were not possible on them at comparatively mild temperatures.

And even Leclerc admitted: "The hard tires didn't work, so we had to make an extra stop" - giving up the dream of the podium. Carlos Sainz also puzzled: "We were clearly the fastest on Friday, and on Sunday we could hardly keep up. We have to understand that." Ferrari also had the fastest car this weekend, but they only managed to finish 4th and 6th from positions 2 and 3. There are still nine races to go, but there is nothing to suggest that the Scuderia will manage the turnaround. The Reds have to be much more careful not to be trumped by the reinvigorated Mercedes. George Russell has already passed Sainz in the drivers' standings.

It is frightening that after a good qualifying, the expectation now seems to be what mistakes Ferrari will make to avoid a strong race result this time. Sometimes it's technical problems like the engine failure in Azerbaijan, sometimes it's messed up pit stops and far too often it's like in Hungary that the strategy raises more questions and problems than it offers answers and solutions.

In the duel between Verstappen's Red Bull and the Ferrari team, which seemed increasingly desperate, the next Mercedes moment was almost lost. Lewis Hamilton finished second and was on the podium for the fifth time in a row, George Russell, starting from pole position, rounded off the next strong result with third place. The Ferrari may be the strongest car in the field, but the consistency and avoidance of mistakes at Hamilton and Russell once again stood out. Despite the miserable start to the season, the record champion has now been on the podium six times - Leclerc only five times.

But the Silver Arrows will not sit back and relax. "We have to build on that," said Head of Mercedes Motorsport Toto Wolff instead, and despite all the satisfaction, even had reason to quarrel: "If Lewis had started further up, I think we could have held something against Max. Lewis was so strong, that was nice to look at." But all is not well with the former high-flyers: Wolff gave his team a grade of four for the season's performance so far, and a two for the Hungarian race. So there is room for improvement. The goal for the remaining nine races seems clear: overtake Ferrari. Only 30 points separate the eternal rivals in the Constructors' Championship.

There was a lot of speculation about the future of the four-time world champion, but Heppenheimer then provided the answer himself. At the end of the season it's over, after 15 years in Formula 1, the focus should be on the family. Vettel seemed relaxed and relaxed after publishing his decision - and then showed a very decent race. In his last race in Hungary, he finished tenth in the Aston Martin and scored the next championship point. His farewell tour through the premier class now includes nine races, the next stop is in Spa, Belgium, at the end of August.

The qualification and starting position 18 were still disappointing, the AMR22 is still not a car that is competitive for one lap despite the next update. The racing car is much more impressive in racing trim, Vettel (from 18 to 10) and Lance Stroll (from 14 to 11) both made up places. In the constructors' championship, Aston Martin remains in weak ninth place with 20 points, only Williams is worse off, after all the gap to AlphaTauri (27 points) and Haas (34) has shrunk a little. With a better starting position, i.e. a starting position at least close to the top ten, Vettel’s undisputed driving class at least gives hope for an improvement.

Christian Horner had plenty of reason to be happy. The disappointing qualifying with places 10 (Verstappen) and 11 (Perez) was forgotten on Sunday afternoon, instead the Red Bull team boss was joking. "A strong gust of wind hit him when he turned," he shared his not-so-serious view of Verstappen's faux pas, "but it got the tires nice and warm." The fact that Red Bull, after a botched Saturday, extends its lead in both world championship classifications on a track that shouldn't really be suitable for your own car, is the next big step towards the title.

While Ferrari completely gambled away with the strategy, the tactic at Red Bull works again and again - and then Max Verstappen is at the wheel. The fact that the Dutchman won in Budapest made it clear once again why, alongside Lewis Hamilton, he has long been the measure of all things in the premier class of motorsport. Whenever the competition opens up opportunities, the duo is there. After 13 races, Verstappen has eight wins, one second and one third place. Only in Silverstone did he finish outside of the points. In addition, the two failures in Bahrain and Australia at the beginning of the season. In the drivers' standings, the Dutchman is apparently unassailable in front, in the constructors' standings Ferrari is already 97 points behind. Tendency to increase in each case.

1 She probably couldn't swim: young couple found... 2 Body drifted in the lake for days: Dead 14-year-old... 3 Thuringia: Talks about reconciliation of interests... 4 Saxony: future of the water connections in Neuseenland... 5 Saxony: e-bike driver dies in a collision with a car... 6 Hesse: Before the next heat wave: thunderstorms at... 7 Hesse: Saving energy in the winter semester is a topic... 8 Hesse: fire in apartment building: woman dead 9 Hesse: Partial construction freeze on the A49 construction... 10 Mecklenburg-Western Pomerania: expert: truck fire... 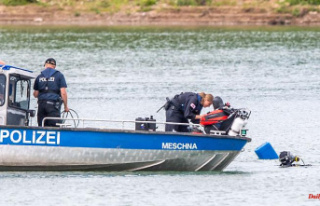