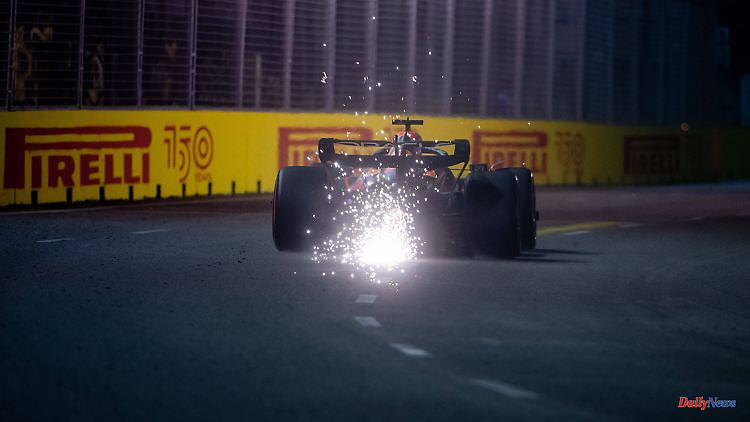 Max Verstappen is frustrated, Max Verstappen is human: At the Singapore Grand Prix, the Formula 1 world champion is driving his weakest race of the season, giving up his first chance at the world championship and having "no fun at all". Everything is supposed to get better in Japan. Sebastian Vettel can at least be happy about the existence of a record.

Hooray, he's human! You could almost have forgotten that in the past few months. Max Verstappen had won 11 of 16 races, the last five in a row. It doesn't matter on which track and it doesn't matter if he was way down the grid. In Singapore, however, his Red Bull team failed first on Saturday, followed by the world champion himself on Sunday. A weak start and hard braking meant that from eighth place he didn't make much progress. And all around, Verstappen showed that he's still pretty close to it all. Despite a World Cup lead, where you could get blunted.

Verstappen was very frustrated when he missed his first chance at the world championship after the weakest race of his season. "I didn't have any fun at all," said the Formula 1 world champion: "It's better to just forget this race and move on to Japan." And in Suzuka, the Dutchman can now complete the successful title defense under his own steam: If the 25-year-old wins next Sunday (7 a.m. / Sky) and also drives the fastest race lap in his Red Bull, Ferrari star Charles Leclerc can do it himself can no longer do anything with second place and also has to admit defeat mathematically in the long-decided title fight.

So the world champion was prevented from being at the front, so the other man in the fastest car stepped in? That's not a given for Red Bull this season. Sergio Perez had a good start to the year, but the further developments on the RB18 then clearly shifted the balance of power: Verstappen got on better and better with the car, Perez got worse and worse. It started before the summer break, and the Mexican only made it onto the podium once in six races - his weakness is also one of the reasons why Verstappen can win the title so early. The joy and relief at Red Bull and Perez were all the greater about the sovereign performance. "He drove a fantastic race against Charles Leclerc," said Motorsport Director Helmut Marko.

Mick Schumacher came to Singapore without any experience on this street circuit, which was a bit thankless. After all, the 23-year-old should continue to recommend himself for a new contract with Haas. What he made of it was neat. He was slower than experienced teammate Kevin Magnussen in practice and qualifying, but he was largely convincing in the race. With a bit more luck in the timing of the pit stop, he would probably have slipped into the top 10. He successfully defended a position at the bottom against George Russell for a long time. "We have to fight for it as if it were about the World Cup," he said later, "we're desperately waiting for these points." Both pilots could have prevented contact with Russell.

As a record winner, the man from Heppenheim says goodbye to one of his favorite routes, and maybe he will stay there for a while. Sebastian Vettel has won five times in Singapore, only Lewis Hamilton (4) is on his heels. However, the last appearance at the night race will probably not be remembered for a long time. It wasn't a bad race in the Aston Martin, but it wasn't a runaway to the top either. That would have been quite possible, like Schumacher, Vettel lacked some luck with the timing of the pit stops. Many safety car phases created many opportunities - which, however, were used by the others. From 13th on the grid, eighth place in this race was not a matter of course. 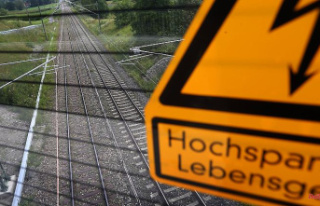