Stéphanie Frappart whistles the German national soccer team's last preliminary round match at the World Cup in Qatar - and thus makes the group final historic: The Frenchwoman is the first woman to officiate a game at a men's World Cup. 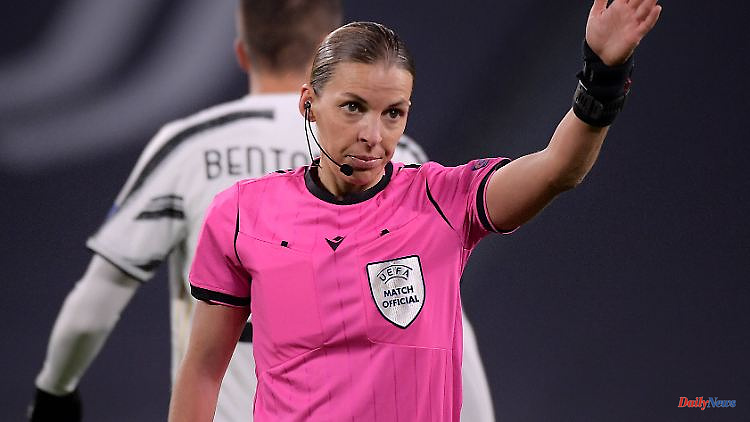 Stéphanie Frappart whistles the German national soccer team's last preliminary round match at the World Cup in Qatar - and thus makes the group final historic: The Frenchwoman is the first woman to officiate a game at a men's World Cup.

The French referee Stéphanie Frappart whistles the third German group game at the World Cup in Qatar against Costa Rica. She is the first female referee in the history of the men's soccer World Cup to officiate a game, according to the appointment of the world governing body FIFA.

The nomination of three referees is, for Pierluigi Collina, "the culmination of a long process that began several years ago with the use of female referees in FIFA youth and senior men's competitions and proof that quality, not gender counts," said FIFA's chief referee when announcing the referee squad for the World Cup in May.

In addition to Frappart, the FIFA Referees Committee also nominated Salima Mukansanga from Rwanda and Yoshimi Yamashita from Japan. Both have to wait for their first assignment for the time being. The 38-year-old top referee will be supported by the Brazilian Neuza Back and the Mexican Karen Diaz Medina in the Al-Bait Stadium north of Doha (8 p.m. / ARD, MagentaTV and in the live ticker on ntv.de). The fourth official is Said Martinez from Honduras. Frappart had already been nominated for the European Men's Championship last year, but had not officiated a game there.

Frappart is a pioneer among female referees: In December 2020, Frappart was the first woman to play a men's Champions League game in the game between Juventus and Dynamo Kyiv. directed. A year earlier, on August 14, Frappart had officiated the game for the Uefa Supercup between Liverpool FC and Chelsea FC (7:6 after penalties). In the Europa League on October 22, 2020, she was also a referee in the game between Leicester City and Sorja Luhansk from Ukraine (3-0).

The German national soccer player İlkay Gündoğan described Frappart's premiere in the Champions League as a "great achievement and inspiration for others". The 30-year-old Manchester City professional wrote on social media that he hopes this will become a regular occurrence very soon. "It's about time".

Frappart used to be a footballer herself, but she decided early on to pursue a career as a referee. Already as a 19-year-old, she was used not only in women's but also in men's games in the seventh French division. She works full-time for the French Workers' Sports Federation. 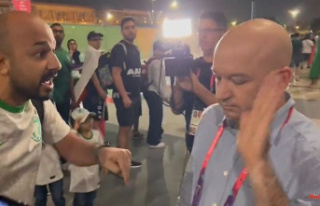