With an impressive ride up the Col du Galibier, Primoz Roglic conquered the yellow jersey in the Dauphiné Tour on Saturday, he defended it on the last day and is ready for the Tour de France. 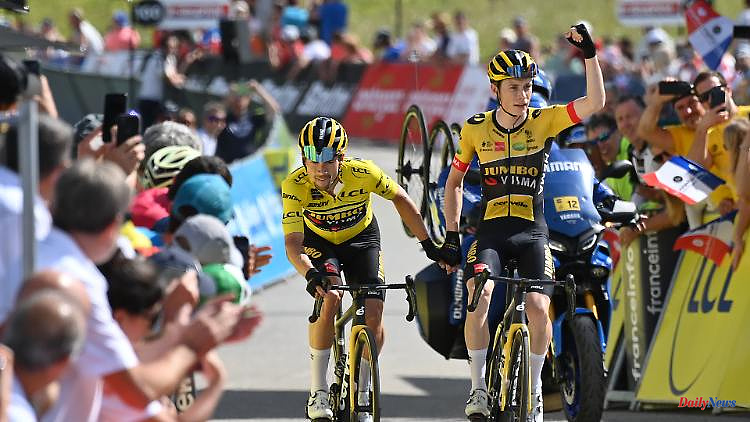 With an impressive ride up the Col du Galibier, Primoz Roglic conquered the yellow jersey in the Dauphiné Tour on Saturday, he defended it on the last day and is ready for the Tour de France. Like the German Maximilian Schachmann, who impressed at the start of the Tour de Suisse.

Three weeks before the start of the Tour de France, candidate Primoz Roglic successfully completed a dress rehearsal by winning the difficult Dauphiné Tour. With a strong performance, the Slovenian won the overall victory on the eighth and final stage over 138.8 kilometers from Saint-Alban-Leysse to the Plateau de Salaison. Vuelta champion Roglic finished second on the hilltop finish behind fellow teammate Jonas Vingegaard (Denmark), who finished second overall.

Roglic had already laid the foundation for overall victory with his second place on Saturday, when he took over the yellow jersey from his teammate Wout van Aert after climbing over the 2,642 meter high Col du Galibier and the 2,067 meter high Col de la Croix de Fer . On Sunday, Roglic and Vingegaard gave the competition no chance on the final climb.

In recent years, a successful showing at the Criterium du Dauphiné has often boded well for the Tour. In five of the last ten editions, the overall winner later also won the Tour of France: Chris Froome (2013, 2015, 2016), Geraint Thomas (2018) and Bradley Wiggins (2012). Last year the Slovenian Tadej Pogačar emerged as the winner of the Tour de France. Roglic dropped out of the tour early after a fall in the hectic finale of stage three.

Meanwhile, Froome has to worry about his tour ticket. The 37-year-old Brit got off his bike before the penultimate part of the day and again puzzled over his form. "It's disappointing but my progress has been good so far and I don't want to risk a setback at this important stage of the season," said Froome. Since his serious fall in training at the Dauphiné 2019, the Briton has been looking for the form of the old days.

Maximilian Schachmann is on the way to exactly that form of the old days. He was sprinted to second place at the start of the Tour de Suisse. The German road cycling champion only had to give way to British rider Stephen Williams in the final of a leading group of 18 after 177.6 kilometers around Küsnacht. The Dane Andreas Kron took third place.

Even if it didn't work out with the first win of the season, Schachmann presented himself in good form three weeks before the start of the Tour de France. Already on Friday, the Berliner, who was severely thrown back due to illness in the spring, took second place at the Aargau GP.

"The day was very hard. I looked into a few faces, everyone suffered. There was a selection on the last mountain. Everyone gave it their all. Nobody had the legs to start alone. It was a little poker game," said Schachmann.

1 Participation in knight parade: Prince Andrew is pushing... 2 Legislative: Together and Nupes! Neck and neck at... 3 Saxony-Anhalt: Jacobi and Längenfelder score World... 4 Rugby / Top14. Dam: Perpignan continues to win after... 5 The boss of the PS Olivier Faure is in Seine-et-Marne... 6 Legislative 2022. Abstention in Round 1: A record... 7 Legislative 2022. La Nupes is the winner of the first... 8 Parliamentary elections in France: Macron camp is... 9 Thuringia: Two full-time mayors elected: by runoff 10 Drome. Chabeuil's city centre fire: delicate... 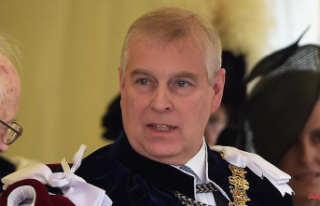