Rot-Weiss Essen makes up for a two-goal deficit at MSV Duisburg in a gripping Ruhr area derby and takes the first point of this third division season. 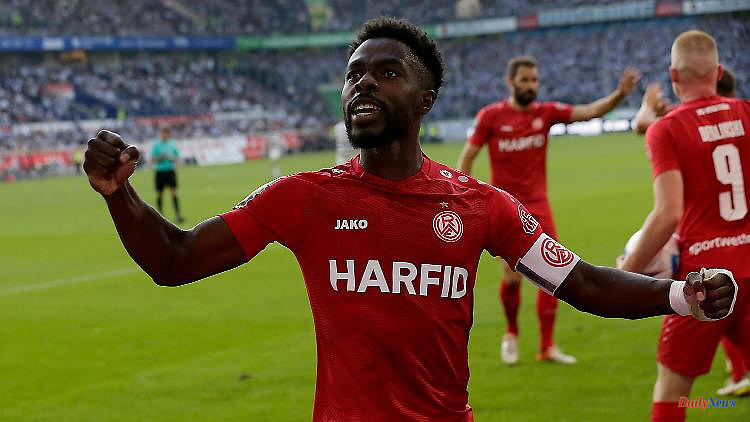 Rot-Weiss Essen makes up for a two-goal deficit at MSV Duisburg in a gripping Ruhr area derby and takes the first point of this third division season. It was the first football league game between the two traditional Pott clubs in 15 years.

Newly promoted Rot-Weiss Essen scored their first point in the 3rd soccer league with a brilliant comeback in the Ruhrpott derby at MSV Duisburg. With a double strike, the guests turned a 0-2 deficit into a 2-2 (0-1) in the atmospheric first league duel between the neighbors since 2007. Marvin Bakalorz put the Zebras ahead in the sixth minute. Moritz Stoppelkamp made it 2-0 after a perfect counterattack (52'). But substitute Simon Engelmann (67th) and Lawrence Ennali (71st) equalized.

Of the 28,200 spectators in the sold-out stadium, 5,000 fans came from Essen. The police were in action with a massive contingent. But it remained largely peaceful. Newly promoted Essen, who started the season with a 1:5 loss against SV Elversberg, had traveled to Sweden for a few days for team building. The Zebras, also under pressure after the 0-1 draw at VfL Osnabrück, went on the offensive from the start - and were rewarded early on: Bakalorz scored a header after a corner kick from Moritz Stoppelkamp to make it 1-0. RWE set the first exclamation point with a crossbar shot by Daniel Heber (17th). But Duisburg continued to dominate the game and looked like the sure winner after an hour. Essen, however, still had an answer ready.

And almost even made the sensation in stoppage time. Former Bundesliga professional Felix Bastians failed with a strong header from the outstanding parrying MSV keeper Vincent Müller. "I'm disappointed that we didn't even win the game at the back," summed up Essen's coach Christoph Dabrowski and found: "In the second half, also due to the changes, we finally arrived in the 3rd division. Then we can build up. We showed an unconditional mentality there."

Duisburg captain Moritz Stoppelkamp, ​​who scored a dream goal and was the best man on the field, admitted: "I'm more than disappointed with this draw!" His coach Torsten Ziegner complained about the first goal to make it 1-2: "We just need to clear the ball. Clear it tastelessly! Then that happens again and again in football. One team smells morning air, my team gets shaky knees. That's a shame. What belongs to the truth is that after the 2-2, of course the whole thing was totally wild." 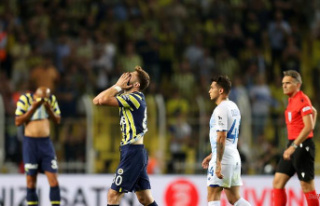