Hamburger SV remains a second division football team - for the fourth time in a row, the traditional club from the north fails to return to the top flight. 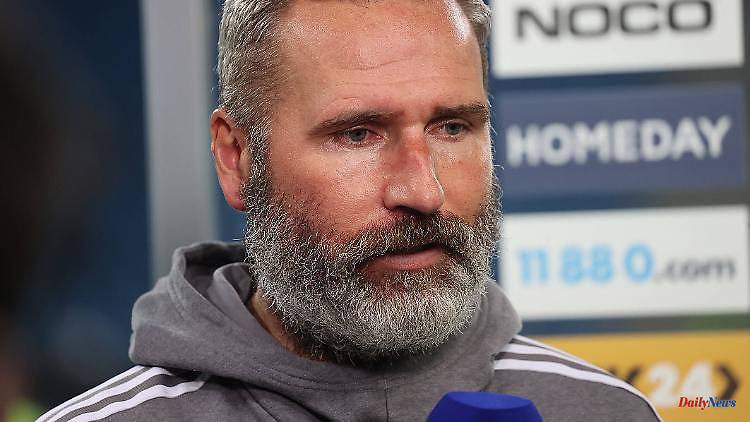 Hamburger SV remains a second division football team - for the fourth time in a row, the traditional club from the north fails to return to the top flight. The team is still celebrated by the fans, coach Tim Walter is emotionally extremely close to the defeat against Hertha. He struggles with the words.

Coach Tim Walter was hoarse, depressed and not at all in the mood to chat. Missing promotion to the Bundesliga again after four years in the second division took a toll on the constantly busy trainer at Hamburger SV. A few minutes before his first sentences of disappointment, he led his paralyzed players in front of the loyal fans in the north stand and bowed several times.

"I'm very, very proud of my team. What we've done here with the help of our spectators, with the club - I think we've managed to create something over the course of the season," admitted the coach after the 0: 2 defeat in the relegation second leg (first leg 1-0) visibly battered. The thousands of fans caused goosebumps at the start of the game. "Let's go HSV" was written on a huge banner of the Hamburg supporters, who were hoping for the big promotion party - but were quickly sobered. Defense chief Dedrick Boyata rewarded Hertha's offensive first minutes with a header after a corner by Marvin Plattenhardt. The full-back made the decision in the 63rd minute with a dream goal.

Even in the usually extremely restless environment of the failed traditional club, neither malice nor mockery could be heard "the day after". "To cry!", headlined the "Hamburger Morgenpost". "Not again!", the otherwise much more snappy "image". Long-time HSV keeper Rene Adler spoke to many fans from the heart: "I hope that everything will not be thrown overboard again," he told the "Bild" newspaper: "If the team and the coaching team stay together, we have another good chance next year."

The biggest catch-up in the history of the second division (five wins) and the bold appearance of the past few weeks are having an effect. There are many indications that Walter will be the first coach in HSV history to start his second second division season on July 15th. It's unfortunate that there was nothing to see of this type of football on the last and decisive night of the season. The early goal and Hertha's aggressive pressing threw HSV off course. Finally, the truth is that there was simply a lack of quality in the decisive moments on Monday evening.

The club is now in its fifth season in league two and has gone from being a guest to becoming a regular. No Bayern Munich, no Borussia Dortmund, no RB Leipzig. Sandhausen again, Regensburg again, Paderborn again. But Uwe Seeler is not losing his patience. "They have to continue to build up the team and strengthen it in a targeted manner. Then they can try again and hopefully make it," said the club icon.

The recognition of the HSV supporters in the most bitter hour of this season, maybe the last four years, touched the coach very much. "I've already noticed the chants for our team and our team," said the coach and admitted: "At the moment everyone in the club feels just emptiness." Sports director Jonas Boldt put it similarly. "It just feels like shit, it won't change for the next few hours. In the next day or two the energy will come back and then it'll be full steam ahead again." He has a drawer full of ideas. His problem: The time is shorter than ever until the start of the season in the 2nd division. It starts on July 15th. If the promotion had been successful, the team would have had three weeks more time.

Boldt's ideas will now matter. Because as tragically and narrowly as the upper house was missed this time - another non-promotion will not be forgiven even at the "new HSV". Regardless of all economic challenges. The club, which has been leaving millions in its budget for eleven years, has relied on a huge increase in income from the return of the Bundesliga. The TV money alone would have increased from the current 15 to 30 million euros. This would have made it possible to have a different quality standard for commitments. Now it will probably go the other way: In order to get money, talents like 21-year-old Josha Vagnoman and Anssi Suhonen would probably have to be sold.

The head of sport emphasized that, in contrast to the previous three fourth places, the team had "taken a step forward", "in terms of the game idea" and "in terms of identification. There was not much missing." As long as he "have the chance, I will keep moving forward". In the coming days there will be a season analysis with President Marcell Jansen and club board member Thomas Wüstefeld. "We stay together. We attack again. We are a team," said Wüstefeld.

The 0:2 against Hertha BSC had messed up the crowning glory and the triumphal procession through the city for the football teacher and the team. The 46-year-old had invited his family, who lives near Munich, to the Volksparkstadion to let them share in what is perhaps his greatest success. But at the end of the evening he not only had to comfort his players, but also his three children.

The morning after the last game of the season, the team and coaching staff want to meet again to lick their wounds over breakfast together before the holiday. "I always get up afterwards," Walter assured, hinting at what should follow next season: "We've started something, but we're far from finished. We're just not done yet."

1 After six years: Guido Westerwelle's widower... 2 Save money with preparation: This is how the heating... 3 "Maxi-Van" based on Crafter: Hobby wants... 4 Saxony-Anhalt: Abellio is increasing capacity on popular... 5 Hesse: Two major theater festivals in the next season 6 Bayern: FC Augsburg have committed Maier from Hertha... 7 McKinsey study: Healthcare could save 42 billion euros 8 North Rhine-Westphalia: Pepper spray in the classroom:... 9 Hesse: HSG Wetzlar extends contract with coach Matschke... 10 Hesse: Bouffier pays a farewell visit to the Green...

Absurd problem at the CHIO: The "watch war" is wearing down the equestrian scene
BREAKING NEWS 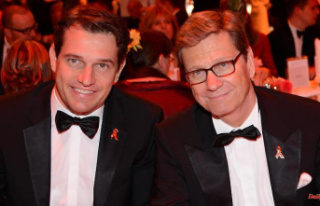