George Cohen is part of the legendary England national football team of 1966.

George Cohen is part of the legendary England national football team of 1966. The right-back is on the field for all games at the World Cup, including the final against Germany. He has now died at the age of 83. Only two heroes are still alive from the World Cup team.

English football mourns the loss of a world champion: George Cohen, part of the winning team at the 1966 home World Cup, has died at the age of 83. This was announced by his former club Fulham FC. "Everyone at Fulham Football Club is deeply saddened to learn of the passing of one of our greatest players of all time," it said. Cohen spent his entire career at the club, making 459 appearances for the west London team over 13 years.

In 1964 Cohen made his debut for the England national team. The right-back made 37 appearances for the Three Lions, including all six World Cup games in 1966. Cohen started the final against Germany, which England won 4-2 in extra time.

After his death, 85-year-old Bobby Charlton and 81-year-old Geoff Hurst are the last surviving players of the winning team. "Another hero of the 66 World Cup team is leaving us," wrote former international Gary Lineker on Twitter: "He will remain an immortal footballer. RIP George."

Even before Cohen's death, a statue at Craven Cottage stadium commemorated the former footballer, who was born in London and never left the club during his professional days. Cohen is survived by his wife Daphne and sons Anthony and Andrew. 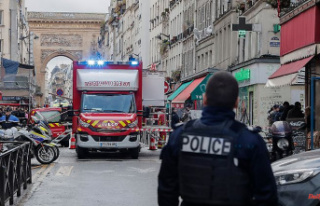