German championship title in eventing: Jung rides ahead of everyone on "Highlighter".

Starting places for the World Championships in September have not yet been allocated - but Michael Jung provides strong arguments for being nominated for the major event at the German Championships in eventing. 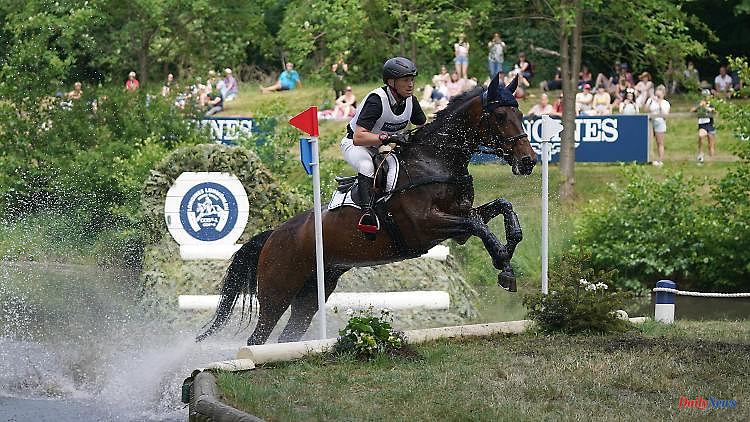 Starting places for the World Championships in September have not yet been allocated - but Michael Jung provides strong arguments for being nominated for the major event at the German Championships in eventing. On his young horse "Highlighter" he dominated the decision.

Some puns are just too obvious to ignore, so: Against Michael Jung, the competition looked old again. With a perfect round on the show jumping course, the three-time Olympic champion confidently defended his title at the German Eventing Championships in Luhmühlen and presented himself in splendid condition just a few days before the start of the CHIO in Aachen.

Even Saturday's performance in the field with highlighter was flawless, even then the rivals of the 39-year-old from Horb were at a disadvantage. The only thing the Swabian wasn't completely satisfied with was his performance in dressage, he was "only" second. "It's always nice to win such a traditional tournament," said Jung, who won his first title in Luhmühlen ten years ago. But he is particularly happy about his still young horse: "Highlighter has had a sensational season."

The two completed the 3,770 meter long course with 21 obstacles without making any mistakes and within the allowed time. Highlighter certainly took every jump and looked as fresh at the finish line as it did at the start with temperatures above 30 degrees. Only three couples remained in the internationally advertised four-star competition without penalty points. The fact that Highlighter is number three in the stable shows Jung's ability to constantly lead new horses to the international top. For the World Championships in September, he plans to bring the 14-year-old gelding Chipmunk and will bring him back to the start in two weeks' time at the CHIO in Aachen. In addition, Jung has another top horse available in the ten-year-old Wild Wave.

Dirk Schrader with Casino and former world champion Sandra Auffarth with Rosveel came closest to the exceptional rider. Formally, however, the results of Luhmühlen are not decisive on the way to the season highlight. The new national coach Peter Thomsen will only allocate the five starting places for the World Championships in Pratoni del Vivaro, Italy, after Aachen and a tournament in Haras du Pin/France in mid-August. Not present in the small heather village of Luhmühlen, where 15,000 spectators made the pilgrimage to the cross-country test on Saturday, were Ingrid Klimke from Münster and Olympic champion Julia Krajewski from Warendorf.

The end result came as no surprise to the new head coach. "The experience has prevailed, it was a worthy German championship," said Thomsen in the NDR interview. The 61-year-old took over as head coach from Hans Melzer at the beginning of the year. There was praise from the national coach for Jérôme Robiné. He only missed second place with a knockdown while jumping on black ice and finished fourth overall. "This is a young talent who will soon reach for medals," predicted Thomsen.

On his 32nd birthday, Swiss rider Felix Vogg was also able to celebrate winning the international five-star test with Colero. Second place went to Kirsty Chabert from Great Britain with Classic, third place went to Jonelle Price from New Zealand with Dianimo. Sophie Leube, the only German participant, had already given up with Jadore Moi after six of 30 obstacles in the cross-country test on Saturday. In 2023, the national title fights will be held in Luhmühlen from June 14th to 17th. 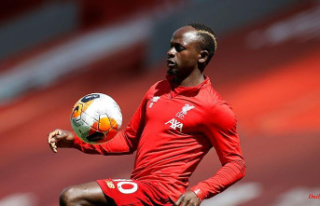 Ex-Liverpooler on Mané move: 'Will ruin the...