"Get a kick in the butt": "Paralyzed" Alba team is run over by the party crasher

Everything is ready for the big title party: the trophy will be presented before the third final game of the Basketball Bundesliga between Alba Berlin and Bayern Munich, the hall is sold out. 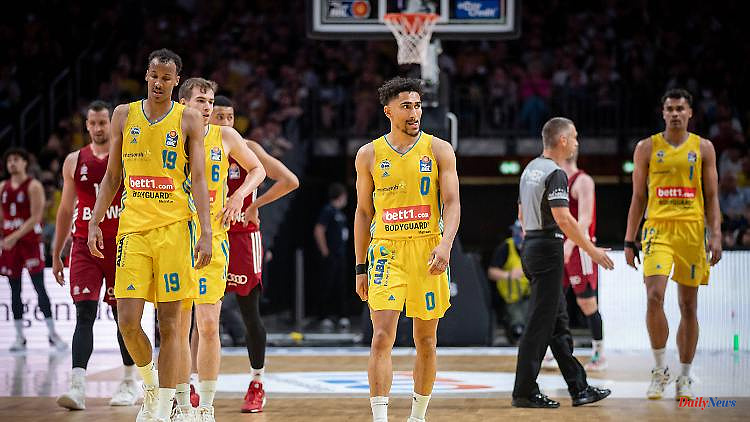 Everything is ready for the big title party: the trophy will be presented before the third final game of the Basketball Bundesliga between Alba Berlin and Bayern Munich, the hall is sold out. But then Alba is completely out of the role and Bayern plays big. The Bayern coach is proud of his team.

Defending champion Alba Berlin was in shock after the home defeat in game three of the final series for the German championship against Bayern Munich. "We were partially paralyzed and didn't grab free rebounds. And we couldn't get any good throws," said coach Israel Gonzalez after the 60:90 on Friday evening in the sold-out hall with 14,500 spectators.

With their clear success in the best of five series, Bayern reduced the deficit to 1: 2 and can now equalize on Sunday (3 p.m. / MagentaSport and Sport1). If this succeeds, the decision would be made in the capital on the following Wednesday (8.30 p.m. / Magenta and Sport1).

But Gonzalez believes in his team: "We won't play like that again," said the Spaniard. "And we're still leading 2-1 and have two match points." Alba captain Luke Sikma was self-critical: "We got a kick in the butt! They played like they had nothing to lose and we didn't react the way we wanted."

Gonzalez now looks at the difficult task on Sunday and demands: "We have to learn from the defeat and remember what a good team we are and what good chemistry we have. We have to rediscover our identity in the game in Munich."

Munich, on the other hand, want to use the momentum and turn the tables, even without four players from the starting five. "I don't think anyone really thought we could win - apart from the 50 people around my team and their families," said Bayern coach Andrea Trinchieri, who was full of praise for his decimated team. "You can make mistakes, but you must never give up. That was the best answer you can give today."

Trinchieri continued: "The game shows the culture of our team and the entire organization." In the first two games, the Munich team had largely had no chance. Almost all experts and viewers had therefore not expected such a comeback. Instead, everything was prepared for the Berlin championship bash. "We fought to survive," said the Bayern coach. The Munich team are now going into the next duel with a good feeling, even if four top performers are still injured. Berlin therefore remains the favorite for Trinchieri. 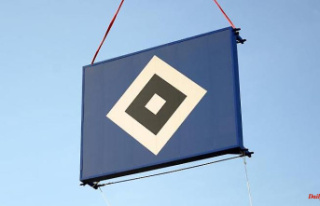 There is also a dispute with the city: Hamburger SV...