"The rule is the rule", Lukas Hradecky also knows that. 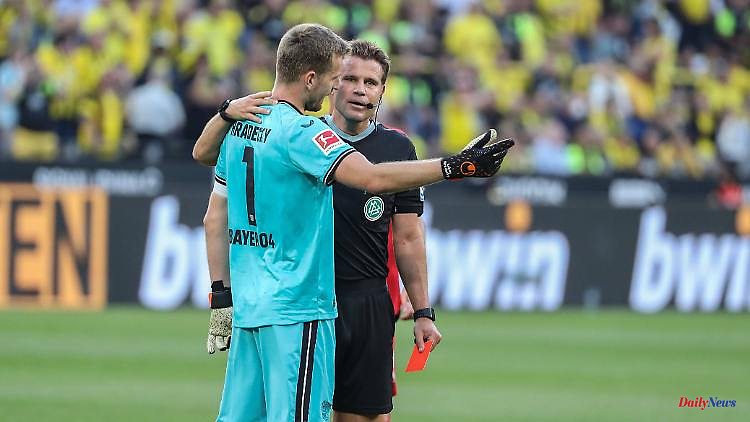 "The rule is the rule", Lukas Hradecky also knows that. And yet the Bayer Leverkusen goalkeeper finds it difficult to accept that referee Brych gave him the red card in the game against Dortmund. He longs for "tact", but is then refined.

Even the referee felt sorry. "I was almost a bit sorry that I had to make such a tough decision," said Felix Brych about the red card against Bayer Leverkusen goalkeeper Lukas Hradecky: "But there was no other way." Hradecky himself struggled after being sent off in injury time at 0-1 in Dortmund, first with the rule ("Maybe it needs a modification"), then with the interpretation ("Maybe you can have a sure instinct"), but then it was clear to him: Okay unhappy the scene too, it was his own fault.

"The rule is the rule. I should have paid more attention to referee training," said the Finn in his own dry manner. If he had known that he was acting worthy of red, "I would have acted differently. Of course I could have gone with my head ". But because he didn't seem to be very sure of the rules, Hradecky believed that it wasn't a problem to touch the ball with your hands outside the penalty area in front of the approaching Marco Reus, as long as your feet were in it. "It was centimeters, maybe millimeters," he later quarreled.

Coach Gerardo Seoane did not accuse his captain of not knowing the rules: "It's not a situation that a goalkeeper has been in 20 times." For Brych, too, it was ultimately "a funny scene. I've never given such a red card in the Bundesliga."

Because Bayer made five changes, defender Edmond Tapsoba had to go in goal, but Reus shot the free-kick over it. "I almost hoped that he would go in," said Hradecky, who knows all the rules here, because a goal would have reduced his two-week ban by one game: "But Eddy would definitely have saved the game." 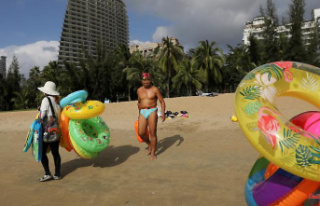