Alexander Zverev's cancellation has long been forgotten in Halle. 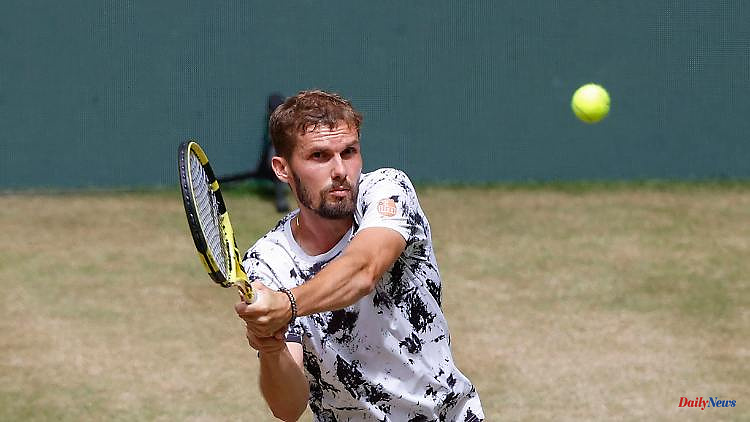 Alexander Zverev's cancellation has long been forgotten in Halle. Oscar Otte has become the darling of the public and rushes from victory to victory. The quarterfinals against the Russian Karen Khachanov is a real thriller. The man from Cologne can also be expected in Wimbledon.

Ten days before the start of the classic lawn game in Wimbledon, tennis pro Oscar Otte once again demonstrated his current impressive form and surprisingly reached the semi-finals of the tournament in Halle, Westphalia. The 28-year-old from Cologne won in the quarter-finals on Friday against the Russian Karen Chatschanow 4: 6, 7: 6 (7: 5), 6: 4 and is in the semi-finals of an ATP 500 tournament for the first time in his career. Otte converted his first match point against Chatschanov after 2:11 hours to the cheers of the enthusiastic spectators. In the semi-finals, the German number two will now face the winner of the game between the world number one Daniil Medvedev from Russia and the Spaniard Roberto Bautista Agut on Saturday.

In the absence of Alexander Zverev, who was injured, Otte has long since won the hearts of German tennis fans. As the day before when he defeated the Georgian Nikolos Bassilashvili in the round of 16, the spectators pushed the Rhinelander forward again and again, even in critical phases. Like in the round of 16, he turned the game around after losing the first set. "The audience pushes me enormously. It's incredibly fun to play in front of so many spectators," said Otte. "A few years ago I was still watching the matches from Halle on TV. And now I'm playing here on Center Court myself. It's actually unbelievable," says Otte, who had already reached the semi-finals in Stuttgart the week before.

Due to his strong performances in Halle, the current number 51 in the world rankings will improve to the top 40 in the coming week. With his strong serves and his good volleys, Otte is also capable of a lot in Wimbledon. However, Otte struggled with shoulder problems against Chatschanow. At the beginning of the third set, the German even had to be treated briefly. "The painkiller worked quickly," said Otte. "I gained energy with the last drop."

1 Stress for Kahn and Salihamidzic: These are FC Bayern's... 2 Chastised by coaches: Hundreds of abuse shocked the... 3 Talks are already underway: Eintracht Frankfurt is... 4 Bundesliga with a cracking start: FC Bayern against... 5 Bracket club peddles future: Barcelona clears the... 6 Berlin before the title hat-trick: Alba is ready,... 7 Final venue from 1994 is empty: 16 stadiums for the... 8 Historic run before halftime: The Golden State Warriors... 9 Legendary grandfather already failed: Germany defies... 10 Duplantis narrowly escapes horror: Klosterhalfen is... 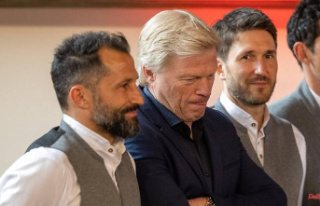 Stress for Kahn and Salihamidzic: These are FC Bayern's...