At the start of the Champions League, Liverpool just missed their highest European Cup defeat. 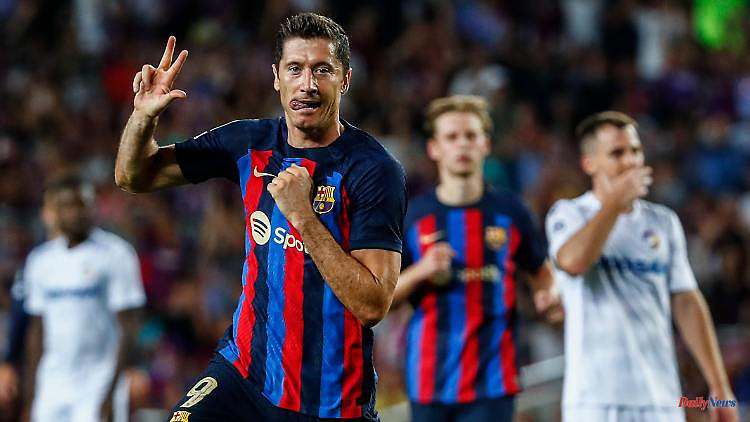 At the start of the Champions League, Liverpool just missed their highest European Cup defeat. Jürgen Klopp's team goes down in Naples, things are going much better for Robert Lewandowski. In the first CL appearance for FC Barcelona, ​​he made a three-fold contribution to the clear success.

False start for Jürgen Klopp and his Liverpool FC, historic hat-trick and opening win for Robert Lewandowski and FC Barcelona: The coach and goalscorer, who shaped the Bundesliga for a long time, experienced the extremes on the first day of the Champions League. Klopp's Reds went down 1: 4 (0: 3) at SSC Naples, Barça won 5: 1 (3: 1) against Viktoria Pilsen thanks to the world footballer.

At the Camp Nou, Lewandowski was initially a spectator when Franck Kessie gave Barça the lead (13'). Then the ex-Munich native struck three times himself (34th/45th 3/67th): With his sixth, seventh and eighth competitive goal of the season, the Pole increased his Champions League record to 89 goals in 107 games. Lewandowski is the first player in the premier club to score hat-tricks for three clubs - after Dortmund and Bayern now also for Barcelona. The Pole also scored his six, seven and eight goals in his fifth competitive game for FC Barcelona and confirmed his top form. Ferran Torres also scored (71st).

Klopp, meanwhile, saw a very weak first half for his team at the Diego Armando Maradona stadium - and was lucky that the deficit was only 0: 3 at the break. Piotr Zielinski converted a hand penalty (5') and Frank Anguissa (31') and substitute Giovanni Simeone (44') made it 3-0 for Napoli. But Victor Osimhen missed a penalty after video evidence (18'), and Virgil van Dijk saved for the already beaten goalkeeper Alisson after a shot by Chwitscha Kwarazchelia on the line (28'). After the break, Zielinski scored again (47'), Luis Diaz (49') prevented Liverpool's heaviest defeat in European Cup history.

The Dutch record champions Ajax Amsterdam, on the other hand, have continued their winning streak in the premier class. After five successes in the Eredivisie, the team of former Hoffenheim coach Alfred Schreuder started the group stage with a 4-0 (3-0) win over Glasgow Rangers. Edson Alvarez (17'), Steven Berghuis (32') and Mohammed Kudus (34') gave the 1995 Champions League winner a clear lead before the break. Steven Bergwijn (80th) followed suit in the closing stages.

Tottenham Hotspur had big problems for a long time with Olympique Marseille, next Tuesday's opponents of Eintracht Frankfurt, despite being outnumbered (red card for Chancel Mbemba/47.) and came through Richarlison (76./81.) to make it 2-0 (0 :0).

Leverkusen's next opponent Atlético Madrid came in the 11th minute of stoppage time through Antoine Griezmann to a 2-1 (0-0) against FC Porto. Mario Hermoso (90.1) was first successful for the Spaniards, but a short time later played the ball with his hand in his own penalty area. Mateus Uribe sunk the penalty due (90.6). Then came the great performance of world champion Griezmann.

1 False start in the Champions League: Bayer Leverkusen... 2 FC Bayern wins at the start in CL: After the clear... 3 'Mobility issues': Doctors order Queen to... 4 Baden-Württemberg: strikes: restrictions on many... 5 Deadly operation in Leipzig: police shoot man during... 6 Inflation remains a major problem: Fed paints bleak... 7 Hatred is most violent from 30 degrees: Extreme heat... 8 Economist thinks criticism is wrong: Fratzscher: "Habeck's... 9 Trump did not invite to the ceremony: Obamas are late... 10 Ten people died in Canada: fugitive arrested after... 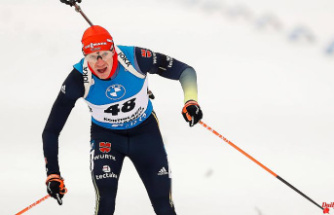 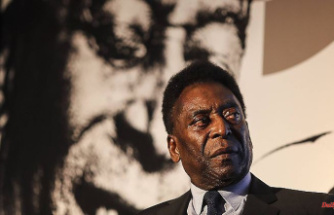 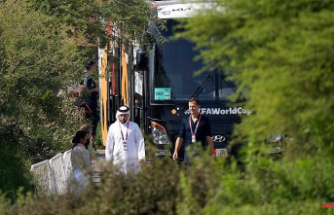 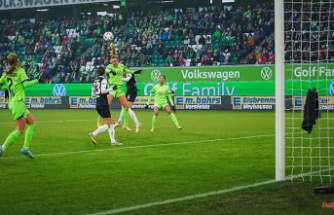 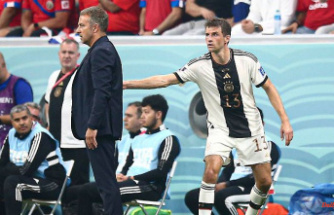 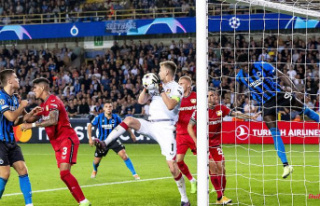