Great doers in the dock: Blatter and Platini will probably get away without jail

Joseph Blatter and Michel Platini were great movers and shakers in international football. 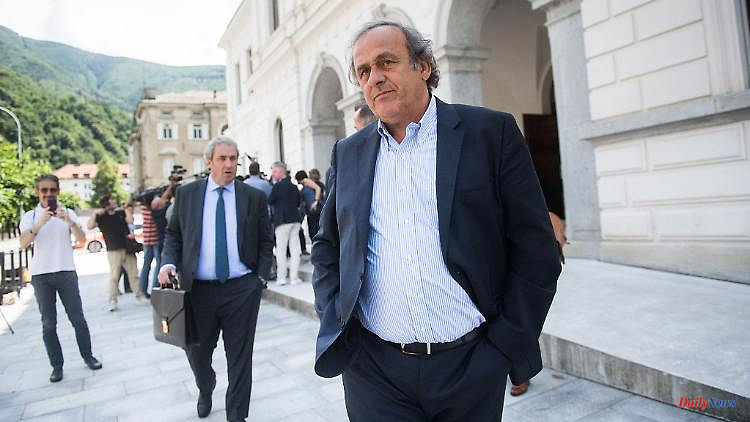 Joseph Blatter and Michel Platini were great movers and shakers in international football. The trial of the former FIFA President and ex-UEFA boss is entering the decisive phase. The federal prosecutor is demanding suspended sentences, and Platini suspects a conspiracy.

In the trial against former FIFA President Joseph Blatter and ex-UEFA boss Michel Platini, the Swiss public prosecutor's office has demanded a suspended prison sentence of one year and eight months for both of them. Platini should also pay a fine of around 2.2 million francs (around 2.1 million euros). Both have to answer for allegations of fraud and other crimes, they reject all allegations. The verdict is expected on July 8th.

On the sixth day of the trial, the federal prosecutor held their plea. Blatter and Platini are guilty of fraud, possibly embezzlement or unfaithful business management and forgery of documents, said federal prosecutor Thomas Hildbrand before the federal criminal court. The accused had "not shown the slightest remorse". "Blatter and Platini were free to decide for or against the law," said Hildebrand. They would have decided "without good reason" for the wrong. The agreements among themselves speak for a "not inconsiderable criminal energy".

Platini countered that the prosecutor's indictment was unfounded and that the criminal proceedings had no right to exist. He will plead for acquittal. "I am reassured and confident," Platini said in a statement.

Blatter had previously denied the allegations during his interrogation and complained about prejudice in the media. It was "totally incomprehensible" for him that the process was in a courtroom, Blatter said last Thursday at the Federal Criminal Court in Bellinzona, Switzerland. The payment of two million Swiss francs to Platini went through all the necessary bodies at the World Football Association. "It's an owed late payment of wages. It's an administrative matter in a club and it's dealt with under civil law," said Blatter.

The fact that the two-million payment to the former president of the European Football Union was based on an agreement was a protective claim by the accused, said Hildbrand. There is no legal basis for this payment. The defendants are accused of having deceived the world association about an allegedly outstanding claim by Platini. According to the indictment, Blatter is said to have unlawfully confirmed FIFA's payment of two million francs (currently around 1.92 million euros) plus social security contributions to Platini.

After his election as FIFA boss in 1998, he agreed to work with Platini, Blatter reported. He said to him: "I'm worth a million." In August 1999, a contract backdated to the beginning of the year was agreed with a salary of 300,000 Swiss francs. When Platini pointed out that this was not the entire agreed sum, he said: "We'll see about that later." In 2011, the sum of two million Swiss francs was billed by Platini.

From Platini's point of view, the accusation is a conspiracy designed to prevent him from becoming FIFA President and to clear the way for the current incumbent Gianni Infantino. 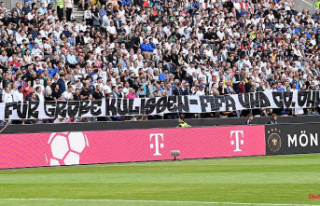 "Activist-typical behavior": Why the DFB...