Greetings from the shame of Gijon: The brutal fear of one's own powerlessness

Even if it seems different after the draw against Spain: Germany basically no longer has progress to the round of 16 in their own hands. 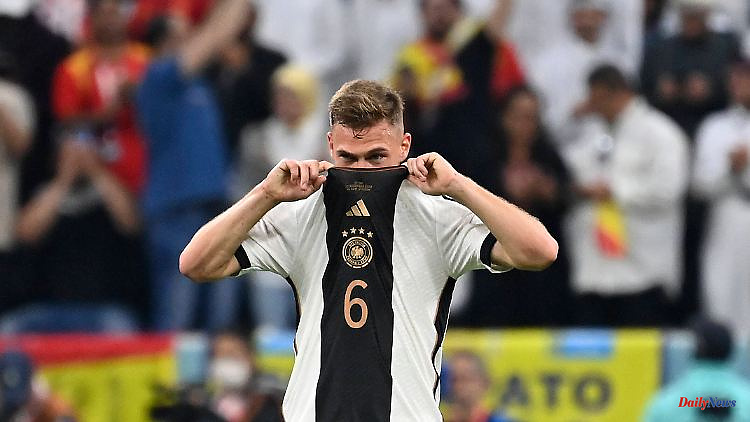 Even if it seems different after the draw against Spain: Germany basically no longer has progress to the round of 16 in their own hands. And a look at one's own World Cup history shows why elimination is not so unlikely.

At first glance, the situation for the German national team after the draw against Spain does not seem so bad. A win with a two-goal difference should be enough, most football fans probably think, after all, Spain will never lose to Japan. And these followers are probably right. Unfortunately, in the worst-case scenario, the story looks very different. As Spain's goalscorer Alvaro Morata put it so beautifully after the final whistle against arch-rivals: "Germany is one of the favorites for the title." Hear hear. But wouldn't it actually be a very interesting option if you could get rid of this competitor early on in a very simple way?

After all, after the game against Spain, the truth is also true: to a large extent, is it no longer in your own hands to qualify for the round of 16 on your own? Or does anyone actually believe that this team, which has been so stingy with goals in recent meetings, will shoot Costa Rica out of the stadium with an eight goal difference? Probably not. And that's why you have to state soberly: Spain has already qualified for the round of 16 in Group E at this World Cup in Qatar before the last matchday.

The 2010 World Cup winner can therefore approach the game against Japan very calmly - and certainly rest one or the other player for the knockout phase. Only a high defeat against the Samurai Blue would have to be avoided - but the Spaniards should have that under control with all their class. And so the evil mind games begin to circulate. Because with all the sportsmanship that should be above everything else: it probably won't get any easier to bowl Germany out of this tournament without a lot of effort.

And anyone who believes that there has never been such a situation in football should just be reminded of the most popular example with German participation. At the legendary "Non-Aggression Pact" on June 25, 1982 in Gijón between Germany and Austria, Paul Breitner called out the beautiful sentence to Lothar Matthäus, who had come on for Rummenigge in the 66th minute, when he surprisingly dared to dribble: "Stop it. Or do you want to ruin everything?"

At that time there was at most a gentle breeze on the pitch. Otherwise there was total standstill. Because the starting position before this game was clear that day. A narrow loss for Austria and both teams would be there. Unfortunately for the Algeria team. They had narrowly beaten Germany and Chile - but only just. And since the last games of the group did not take place at the same time as they do today, but

one behind the other, both teams knew exactly what the hour had struck. And so the mass of the day was read after just ten minutes. After a cross from Littbarski, Horst Hrubesch maneuvered the ball into the goal with his thigh. This 1:0 lasted until the end. The French newspaper "Le Figaro" did not speak of open fraud at the time, but rather suspected something like lived laziness on the part of the 22 players on the pitch: "Are the German and Austrian players bastards or imbeciles? Probably not even that. But above all ice-cold professionals - ice-cold like jungle animals, who never lash out twice when one suffices for food." But the French journalists were almost alone worldwide. The vast majority of football fans assumed an agreement between Germany and Austria. However, the majority of players and officials from back then deny this to this day.

It will also never be known whether this could actually be a blueprint for next Thursday - even if the game is actually narrowly decided for Japan. But the example of June 25, 1982 in Gijón shows very clearly that such things happen again and again in football - and reveals the brutal fear of one's own powerlessness.

Because the German national team can set off a great firework display against Costa Rica on Thursday evening - but if they don't win by at least eight goals, they unfortunately no longer have the situation in their own hands. One can only hope that Spain will not be tempted in the first place. After all, even the 2010 world champions know that football is unpredictable - and that's why it's best never to start calculating before kick-off. 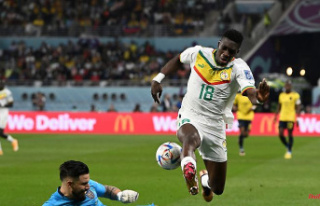 Next on the anniversary of Diop's death: Senegal...