Hand in hand on the World Cup lawn: Morocco star dances with his mother in the semi-finals

Completely surprisingly, Morocco is in the semi-finals of the soccer World Cup in Qatar, as the first African team ever. 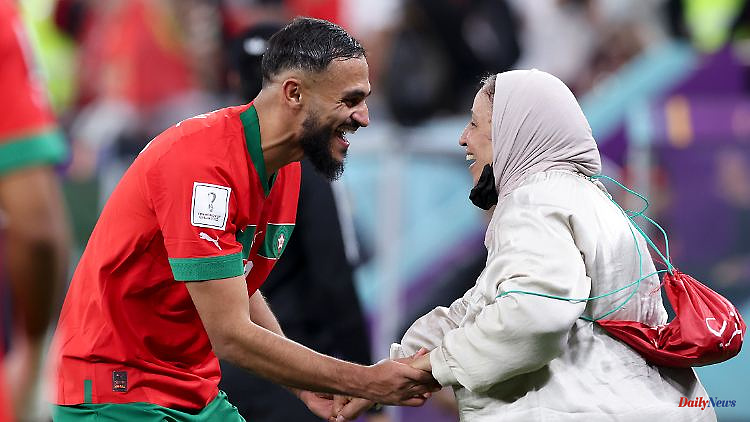 Completely surprisingly, Morocco is in the semi-finals of the soccer World Cup in Qatar, as the first African team ever. The joy of the "Lions of the Atlas" is huge. One of them creates a heartwarming scene on the pitch.

Before the World Cup in Qatar, nobody would have guessed that Morocco would make it to the semi-finals of the tournament. On their way to the top four, the North Africans also eliminated tournament favorites such as Spain. Last Saturday night they won 1-0 against Portugal, who wanted to give 37-year-old superstar Cristiano Ronaldo one last chance at the World Cup. Morocco achieved something historic: an African team has never been in the last four of a World Cup.

A short video that circulated on social media after the game gives an idea of ​​just how much this triumph means for coach Walid Regragui's team. It shows Morocco's winger Sofiane Boufal celebrating the triumph on the pitch. But he is not alone: ​​together with his mother, he first waves to the audience, both absorbing this special moment. And then, amidst the over-the-top noise of Al-Thumama Stadium, they start dancing. Hand in hand.

"We're living a dream," Boufal said after the game, "and we don't want to wake up." According to the football portal "transfermarkt.de", the 29-year-old has not yet won a title in his career. Apparently he's not overdoing it. He was born in Paris, after trips to England and Spain he is currently back in the French Ligue 1. His team, Angers SCO, is bottom of the table there with eight points from 15 games.

But Morocco is by no means only played by unknown players. Some of the team made a name for themselves at the tournament, such as Bono. The goalkeeper saved three penalties in the penalty shoot-out against Spain in the round of 16. Others have been playing at a high level for a long time. The former Dortmund Achraf Hakimi, now at PSG, is one of the best in the right-back position. Hakim Ziyech from Chelsea FC is also one of the best wingers in the world.

With the head of the team, midfielder Sofyan Amrabat, they have wowed an entire continent. "Long live Africa," wrote former star striker Didier Drogba. "The whole continent is supporting you now!" Cameroonian FA President Samuel Eto'o tweeted. But the affection extends far beyond Africa. Pure ecstasy also prevails in large parts of the Arab world and among the numerous Moroccans living in Europe.

Now it's next Wednesday against France. Both nations share a common history: a large part of Morocco was a French protectorate until the mid-1990s. That is why hundreds of thousands of Moroccans live in France. In the semi-finals, French President Emmanuel Macron will also be sitting in the stands, he has announced his trip. The only thing that remains open is who will dance for joy at the end. Maybe it's the Moroccans again. 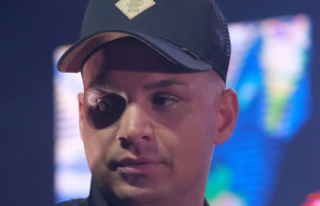