Costa Rica put on a very poor showing against Japan in the second round of the World Cup - and somehow won with their only shot on goal. 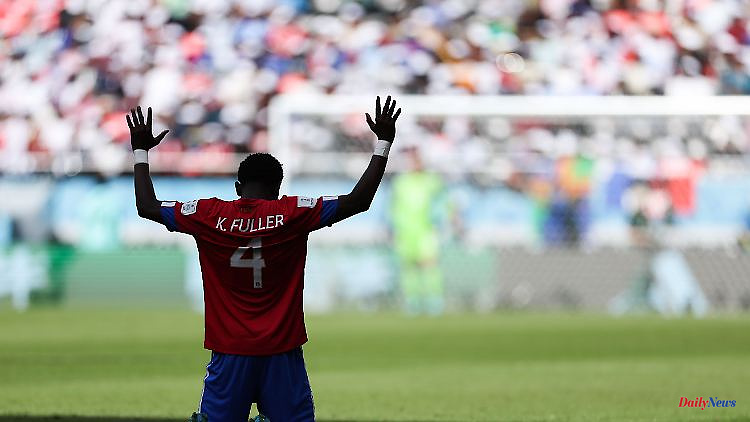 Costa Rica put on a very poor showing against Japan in the second round of the World Cup - and somehow won with their only shot on goal. This is very good news for the German team.

With a late dream goal, Costa Rica stopped Germany's winner Japan and kept the DFB-Elf in the World Cup for four more days. In the 81st minute, Keysher Fuller flicked the ball into the corner and should have caused a storm of jubilation for Manuel Neuer and Co. Costa Rica's surprising 1-0 (0-0) victory in Al-Rajjan is a huge help for the German team before the evening game (8 p.m. / ZDF and MagentaTV) against Spain. For the DFB-Elf it is now clear that they still have a chance of progressing on Thursday (also 8 p.m.) in the group final against the Costa Ricans. However, if Germany loses against Spain beforehand, you would no longer have progress in your own hands.

While the first Advent was celebrated in Germany in sunshine and cold temperatures, the outsiders Japan and Costa Rica negotiated decisively in the heat of Al-Rajjan in front of 41,479 spectators about the further starting position of the DFB team. One thing was clear: The better the Germany victors do against Costa Rica, the more difficult it will be for Flick's team to create an acceptable starting position. The number one priority for the 2014 World Champion is to avert the end after just two of three group match days.

Japan coach Hajime Moriyasu made major changes despite the big coup and put five new players in the starting eleven - including Freiburg's Ritsu Doan, who started the German disaster as a joker on Wednesday with the 1-1 equalizer. This time the 24-year-old had the first dangerous scene when he penetrated from the right (13th), but did not bring his sharp cross to the teammate. Drawn from the 0:7 against Spain, Costa Rica concentrated on the defensive, the spaces were correspondingly narrow. Creative spirit Daichi Kamada made several unusual playback errors.

Unlike the Germany game, when Japan relied on quick ball gains and counterattacks, Kamada and his colleagues didn't help much at first this time. The Japanese couldn't think of much with the ball at their feet. There weren't any real chances to score throughout the first half. Many a spectator will have wondered how the DFB-Elf could lose against this Japanese team - but the game against deep opponents is not natural for the Moriyasu team. And Costa Rica was as low as it could get.

In addition to the dreary lunchtime kick, there was almost no atmosphere in the Ahmad bin Ali Stadium. A phenomenon that had already been observed in Japan against Germany four days earlier. After the change, Moriyasu brought Germany terror Takuma Asano directly, who should help with speed and technique to finally overcome the outsider's massive bulwark. 25 seconds after the restart, Hidemasa Morita completed a powerful shot, but Keylor Navas defused excellently.

Japan became more dangerous and courageous from then on, the draw was not enough for the squad around Europa League winner Kamada. A free kick from Yuki Soma went over the goal. Kamada then tried from an even better position, but his weak attempt landed in the wall. Costa Rica came out of nowhere. The flick of Fuller, 28-year-old CS Herediano professional from the first division in Costa Rica, was the first significant chance - and brought about the decision. Also because captain and Costa Rica icon Navas kept his box clean in the now hectic final urge phase of the Japanese.

1 "High economic damage": number of ATMs exploded 2 Break with old tradition: King's wife Camilla... 3 "Innocence" by Takis Würger: "I know... 4 Bavaria: Bavarian Tennis Association wants to take... 5 Saxony: Drivers left the road near Frohburg 6 Saxony: man seriously injured in a dispute with a... 7 DFB cannot be eliminated today: Germany has a new... 8 Neighbors report "banging noises": Two dead... 9 Farewell to childhood dreams: This is how Natascha... 10 Don't be caught off guard: How to make your house... 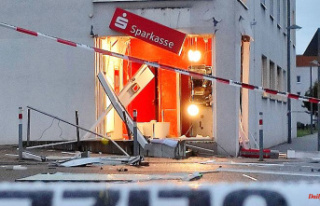