Defending champion Anne Haug is aiming for her next big coup when she returns to Hawaii. 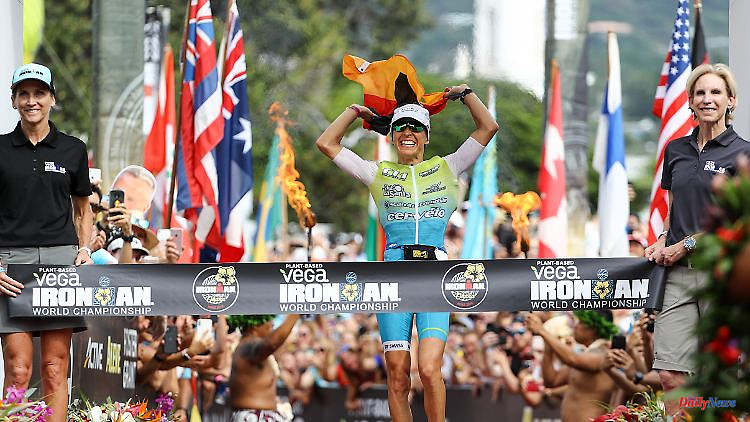 Defending champion Anne Haug is aiming for her next big coup when she returns to Hawaii. She has only one problem: "a target is stuck to her back," says the Bayreuth native. Can Laura Philipp, the best of the year in the world, or will a Swiss woman take over the race?

Anne Haug beamed with joy at the picturesque bay of Kailua-Kona. The azure blue water, the dreamlike backdrop of palm trees or the tropical temperatures - the place of longing awakened hidden feelings of happiness for a long time. "It gives me goosebumps to be back here," enthused the former Ironman world champion, adding with a mischievous grin: "Because it's been so long, I can hardly remember."

After her greatest career success, the Bayreuth native had to wait a whopping 1090 days to return to the triathlon Mecca. On Thursday (6.25 p.m. / ZDF), after two cancellations due to the pandemic, there will finally be the chance to refresh the positive memories of the dream island of Hawaii. "When you come here as the defending champion, of course you don't say that I would like to do a top ten. Of course I want to fight for the podium and I'm in a form where I can do that."

There are "no excuses", emphasized Haug: "I had a really good training camp in Lanzarote. I can't complain, everything went perfectly." The corona infection from spring is no longer a problem either. The aftermath had handicapped them on their way to third place at the alternate World Championships in St. George, Utah in May. Now, on day X, after good preparation, it's time to "put all the pieces of the puzzle together".

This time, the LAZ Saarbrücken athlete cannot tackle the 3.86 kilometers of swimming, 180.2 kilometers of cycling and 42.195 kilometers of running as carefree as on October 12, 2019. At that time she was able to "risk" freely from the outsider role. As the defending champion, on the other hand, you have "the target on your back. People look at what you're doing and don't just let yourself go," said Haug.

In order to win, "everything has to come together in one day". Especially since a particularly close race is looming this year, and the competition has recently been extremely strong. The former long-term world champion Daniela Ryf (Switzerland) dominated in St. George, and Lucy Charles-Barclay (Great Britain) also made an impressive comeback after injury problems.

The best time of the year is held by a German with Laura Philipp. "She's a super strong athlete," enthused Haug: "If you don't take that into account, you haven't really understood triathlon." The 39-year-old explained that she would fight for "the German flag" together with Philipp: "Let the better one hold her up."

Jan Frodeno, who is injured and missing from the men, thinks highly of the German duo. "Anne can definitely do it again, she's a fantastic athlete," said the three-time Hawaii champion on ZDF: "Laura Philipp also has good cards." However, he believes, explained Frodeno, "that the Swiss, in the person of Daniela Ryf, will steal the show from us." Haug and Philipp will certainly want to prevent this with all their might.

1 Practices remain closed: Hundreds of panel doctors... 2 Number 1 for videos: The iPhone 14 Pro has the second... 3 Baden-Württemberg: Croatian Sosa back in Stuttgart... 4 Bavaria: 87-year-old drives on the Autobahn with an... 5 Mecklenburg-Western Pomerania: woman stabs partner... 6 Hesse: Online survey on the House of Democracy in... 7 Baden-Württemberg: Run over a wolf from the Alps... 8 Thuringia: trainer in custody: suspicion of serious... 9 Hesse: After homophobic attack on man: suspects determined 10 North Rhine-Westphalia: Arrests after riots by Cologne... 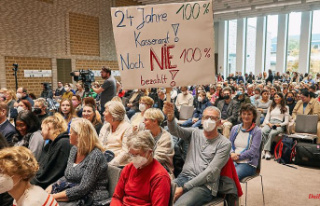