"Have to train harder": Erling Haaland breaks the next goal record

Manchester City's Erling Haaland picks up where he left off after the World Cup break. 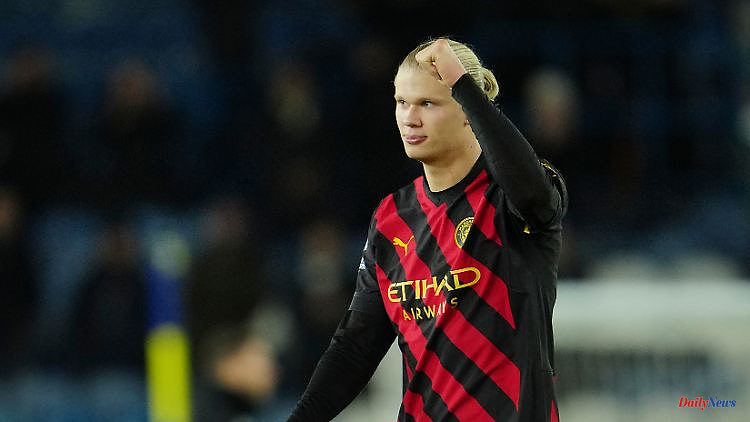 Manchester City's Erling Haaland picks up where he left off after the World Cup break. With his brace in Leeds, he not only fulfills a dream, but also sets the next record. Nevertheless, the Norwegian is not satisfied.

Erling Haaland found it very difficult to endure having to watch the World Cup in front of the television. "I've recharged my batteries. Seeing how other players score at the World Cup motivates me and annoys me at the same time," said the Manchester City striker after the 3-1 (1-0) win at Leeds United.

With two goals (51st, 64th), the 22-year-old Norwegian reported back from the compulsory break, befitting his rank. England's football champions are five points behind leaders Arsenal with the win. Rodrigo (45.1) provided the lead. Pascal Struijk (73') scored for hosts Leeds.

For ex-Dortmunder Haaland it was goals number 19 and 20 in only his 14th league game in England's elite league. It's his next record: no one in league history has scored their first 20 goals faster. The previous best was Kevin Philips, who needed 21 games in the 1999/2000 season with Sunderland AFC.

Meanwhile, Haaland would have been top scorer with his number of goals in 10 of the 30 Premier League seasons so far - but he was particularly annoyed by the missed chances: "I could have scored five goals, that's the truth. I have to train harder."

His double pack was something very special for Haaland. After all, he was born in Leeds, his father Alf-Inge played for the club from 1997 to 2000. "I have to say it's a very special moment in my career," said Haaland junior about his first game at Elland Road. "Scoring for Manchester City against Leeds was one of my craziest fantasies." 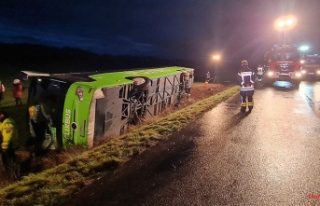 Several people injured: the bus comes off the highway...