He extends the Grand Slam record: Nadal triumphs at the French Open for the 14th time

Rafael Nadal is simply the tennis king of Paris. 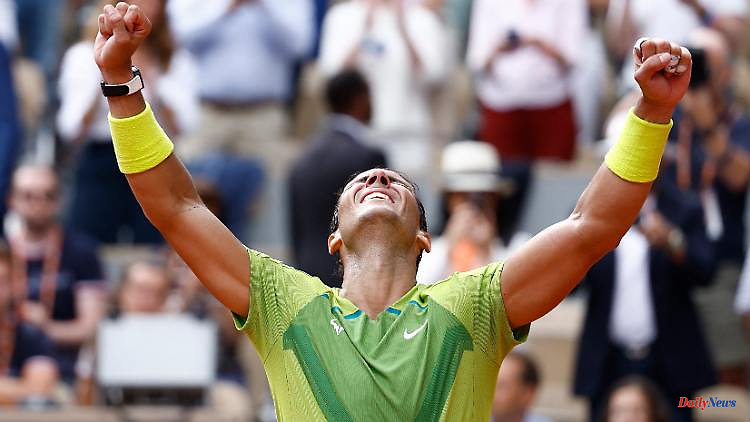 Rafael Nadal is simply the tennis king of Paris. The Spaniard wins the French Open for the 14th time and dominates his opponent Casper Ruud. It is impressively clear, especially in the third movement. With 22 victories in Grand Slam tournaments, he is also expanding his record.

After an unparalleled demonstration of power, Rafael Nadal clapped his hands in front of his face and fired his racket away: the clay court king has recaptured his throne in Paris in an inimitable manner and is the French Open winner for the 14th time. The 36-year-old Grand Slam record champion from Spain defeated the Norwegian Casper Ruud 6: 3, 6: 3, 6: 0 in the final on Sunday, making him the oldest title holder in the history of the tournament.

Nadal played in front of Spanish King Felipe VI. and the Norwegian crown prince couple used his great strategic skills on sand and, for the first time in his career, triumphed in the French capital after winning the title at the Australian Open. After 2:19 hours he converted the first match point.

With this, Nadal, who had looked after the top German player so fairly after Alexander Zverev's injury in the semifinals, extended his lead in the list of Grand Slam winners. He now has 22 titles. His long-time rivals Novak Djokovic (Serbia), who knocked out the Mallorcan in the semifinals last year, and Roger Federer (Switzerland) have won 20 Grand Slam titles so far.

At 23, Ruud became the first Norwegian ever to appear in a major final and ultimately had no chance against the clear favorite, who has won every final in Paris.

Nadal and Ruud - it was a final between two well known friends, although they had never faced each other in a tour match before. Ruud has been training at the Rafael Nadal Academy since 2018 and has played a number of training matches with the top star. "It's the most difficult challenge in tennis to play against him here in the final," he said before the game: "But I'll try my best."

At the beginning of the match, however, the athlete from Oslo felt his assessment was confirmed - the Spanish favorite dictated the action with great determination with his strong forehand, repeatedly tried to find his way to the net and pulled away 4:1.

Nadal, who was accompanied by his personal doctor throughout the tournament due to his severe foot problems and because of this keeps questioning his sporting future, was out to keep the rallies relatively short and closed the first set after 49 minutes - the brass band "Eviva Espana" played in the stadium.

By the end of the first set, however, Ruud had found his way into the match better and he managed a break to make it 3-1 in the second round with a more aggressive, offensive style of play. But Nadal came back furiously after a short creative break, suddenly played his best tennis again and Ruud made an expensive double mistake in the set ball against himself. Nadal then grabbed another early break early in the third set and was unstoppable in his rush back to the title. 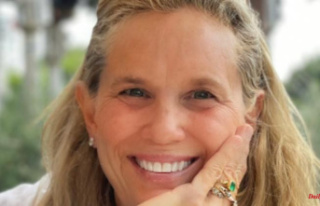