Heart attack ten years ago: The gift of life from Peter Neururer

Ten years ago, former Bundesliga coach Peter Neururer collapsed in the middle of the golf course with a heart attack. 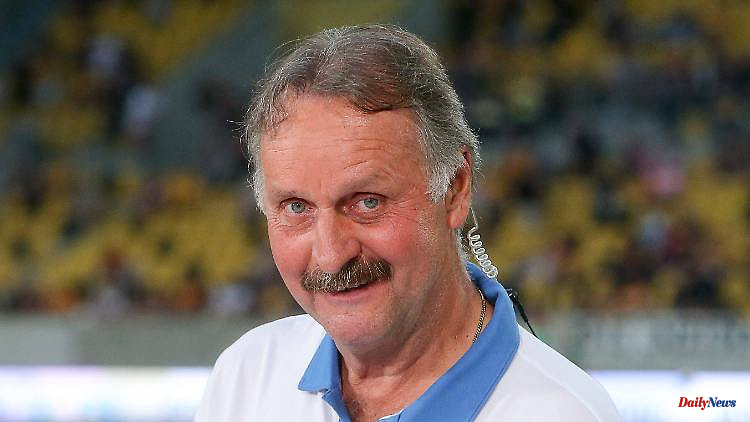 Ten years ago, former Bundesliga coach Peter Neururer collapsed in the middle of the golf course with a heart attack. In the hospital, the doctors put him in an artificial coma. Neururer finally gives his first interview again from the intensive care unit.

"Now I know what it means to be dead!" June 9, ten years ago, has completely disappeared from Peter Neururer's memory. The moment when he collapsed from a heart attack in the "Haus Leythe" golf club in Gelsenkirchen, he had to let his golf partner and "lifesaver" Dieter Rüdig tell him afterwards. Neururer's memories break off on the eve of the day that almost cost the life of the long-time Bundesliga coach: "There is nothing more dangerous. I didn't have a heartbeat, I was gone. Yes, I was dead. Nothing more!"

It is the penultimate hole of the round of golf that day - hole 17 - when Peter Neururer threw out an unsuccessful shot from a sand bunker and then collapsed. It is a tragic place of destiny, as the then unemployed trainer told a reporter from the "SportBild" newspaper from the intensive care unit just a few days after his heart attack: "Six years ago I wanted to save someone's life in the same hole. 'Kohlen-Rudi', That's what we all called him here. He collapsed on 17. I couldn't help him anymore. He died. In the same hole. Unbelievable!"

But Neururer is lucky - also because his golf partner disregarded a rule that day and illegally carried his mobile phone with him. Dieter Rüdig switches quickly, informs the emergency doctor and then tries to bring Neururer back to life. But despite all efforts, the native of Marl doesn't want to wake up again. Even the emergency doctor, who appeared just ten minutes later, was unable to resuscitate Neururer. After a detour via the Bergmannsheil hospital, it finally goes to the specialists at the Marienhospital in Gelsenkirchen on this dramatic Saturday morning. The local doctors immediately decide to put Peter Neururer in an artificial coma.

Three days later, the then 57-year-old was finally brought back to life. He's slow to realize what happened to him. His friend and doctor from VfL Bochum, "Doc" Bauer, says afterwards: "Peter was lucky in the misfortune. It was crucial that he was well cared for in the first few hours after the heart attack."

Peter Neururer felt completely healthy before his heart attack. Just a few days earlier, he had even played 90 minutes. Ironically, at a charity game for former Bundesliga professional Heinz Flohe, who had been in a coma for over two years and died a year later on June 15, 2013 as a result of his fainting spell. The one vice that Neururer himself always knew could harm him was smoking. Today, looking back on that fateful day ten years ago, he says: "I subconsciously put out the last butt on June 9, 2012."

Neururer wouldn't be Neururer if he hadn't made plans for the future again just a few days after waking up from his coma. And so already on June 20th, a photo was emblazoned on the cover of "SportBild", in which the current board member of Wuppertal SV greeted him from the intensive care unit with a thumbs up in hospital linen and grinning. The picture was captioned with the headline: "Neururer drama. 1st photo and interview after the heart attack." And in fact, the native of Marl said at the time: "My goal is to be fit on July 1st so that I can work as a coach again."

It was supposed to take a little longer - but ten months after his heart attack, Peter Neururer was back on the sidelines for VfL Bochum under the strict supervision of his friend "Doc" Bauer. His dream of being able to work again as a coach in professional football sweetened the gift of life that Peter Neururer was saved at hole 17 ten years ago. By the way: Neururer hit his first golf balls while he was still in rehab. And after three weeks of medical rehabilitation, his first path led him directly to the "Haus Leythe" golf course. Hole 17. All alone. And in peace. As calm as a Peter Neururer can be after the fateful drama ten years ago.

1 With "diligence" to the "great game!":... 2 Concern for mass sport: DFB boss urgently warns of... 3 Praise from Ferrari and Mercedes: Schumacher celebrates... 4 Trial for fraud: Platini sees conspiracy in favor... 5 Press comments on the "Leclerc show": "A... 6 Fitzpatrick wins a golf thriller: A perfect shot at... 7 World Cup hero back in the Bundesliga: With Götze,... 8 Four titles and too many records: How Steph Curry... 9 Lessons from Formula 1 in Canada: For Schumacher,... 10 Mercedes hops far ahead: Verstappen fends off Ferrari's... 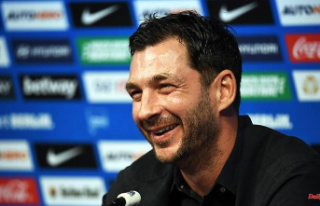