Defending champion Tadej Pogacar wins the first exchange of blows with his challenger Primoz Roglic at the start of the 109th Tour de France. 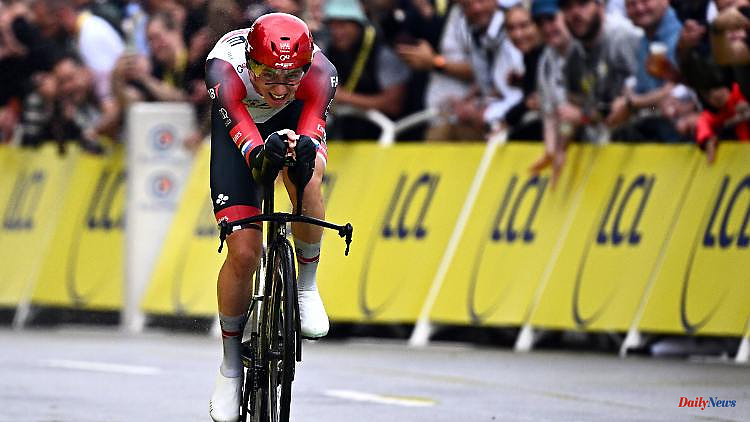 Whipped up by several hundred thousand fans, Tadej Pogacar raced through the rain-soaked urban canyons of Copenhagen and shocked the competition right at the start of the Tour de France. In the demanding individual time trial, the 23-year-old distanced himself from his biggest competitor, Primoz Roglic, by nine seconds and was also a second faster than Jonas Vingegaard, who came second last year. Only the Belgian Wout van Aert was initially faster than Pogacar, the best German was Lennard Kämna.

"It was a strong performance. He didn't take any risks and is just two seconds behind the yellow jersey. He's a good driver in the rain. It was a good day for us," said Pogacar's sporting director Matxin Fernandez. The dominator himself rolled the lactate out of his legs easily on the roller and had his usual grin on his face.

A good hour before the first starter, heavy rain began to fall in Denmark's capital, much earlier than predicted. All the top drivers had decided to start early because of the weather - now the conditions were almost identical for everyone. The fans didn't care much about the Nordic weather, they lined the entire 13.2-kilometer course and stood in several rows along the road.

The first sign was set by Roglic, who made a strong impression. His Jumbo Visma teammate Vingegaard was almost the same and the duo were already there when Pogacar rolled off the starting ramp. At first it looked like Pogacar wasn't risking much due to the wet conditions. Meanwhile, the Tour winner of the past two years was five seconds behind his Slovenian compatriot Roglic.

But in the second part of the route, Pogacar turned up the heat. In the end, the cycling prodigy was even faster than Italy's world time trial champion and top favorite Filippo Ganna. Pogacar distanced the assembled competition for overall victory. Alexander Vlasov, captain of the German team Bora-hansgrohe, lost 24 seconds. "It's only the first day. I didn't risk much. I preferred to be a little slower than to crash," said the Russian.

Meanwhile, the European police authority Europol confirmed doping investigations in the context of the Tour de France for the first time. A statement said that between June 27 and 30, 14 searches had taken place in six countries, three people had been interrogated and various pieces of evidence had been seized. The homes of drivers and team members in Belgium, Spain, Croatia, Italy, Poland and Slovenia were searched. The public prosecutor's office in Marseille was in charge. Although Europol did not name the Bahrain-Victorious team, the racing team itself confirmed searches on both Monday and Thursday.

According to the newspaper "Le Parisien", which referred to the Marseille public prosecutor's office, telephones, computers, storage media and prescription drugs were confiscated. The apartments of the Slovenian manager Milan Erzen, the Polish team doctor Piotr Kosielski and the French nurse Barnabé Moulin were searched. In addition, the Italian professional Damiano Caruso admitted to "Cyclingnews" that his house in Sicily had been searched. 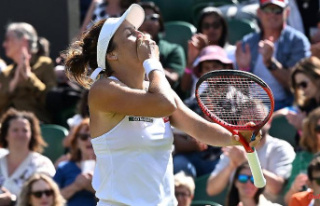 German number one already out: Maria conjures up the...