For the Ukrainian Mikhailo Romanchuk, bronze at the World Cup is like a victory in times of war. 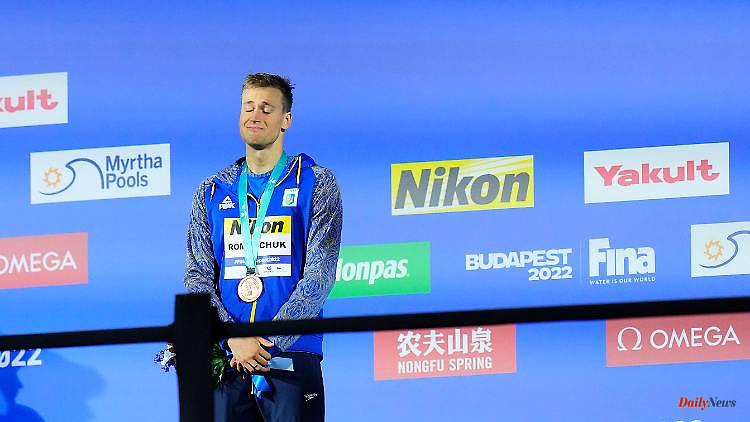 For the Ukrainian Mikhailo Romanchuk, bronze at the World Cup is like a victory in times of war. He dedicates the medal to all his compatriots and thanks silver medalist Florian Wellbrock. His coach is only allowed to interrupt the national defense with a special permit.

Mikhailo Romanchuk patted his heart with his hand, lowered his head and used two fingers to push the tears from his eyes. The Ukrainian freestyle star has attended several award ceremonies in his life, but this one in Budapest was special. Romanchuk won World Championship bronze in the 800m final not only for himself, but also for his war-torn home country.

"This medal is for all Ukrainians, for the army, for my father who defends my country," said Romanchuk. He himself wanted to go to the front after the outbreak of war, but "after many discussions with my family and wife, we decided that I couldn't do anything with a gun," said the 25-year-old. He instead decided to become a sort of floating ambassador, "to be as quick as possible and tell the world what's happening in Ukraine."

But that was only made possible by a call from Florian Wellbrock, who immediately offered him help. And so, months ago, Romantschuk joined the Magdeburg training group around Olympic champion Wellbrock, his wife Sarah and Vice World Champion Lukas Märtens. "Big thanks to the Germans, I wouldn't be here without them," said the double European champion.

Wellbrock and Romantschuk pushed each other to peak performance - and took each other to heart. Magdeburg's head coach Bernd Berkhahn described the relationship between the two as "very intimate and cordial". At the award ceremony, Wellbrock, who placed second, "would have liked to run over to Micha and hug him when his tears started to fall a little," said Berkhahn.

The final day was also so emotional because Romanchuk's coach Nahornyi Petro was allowed to leave the Ukrainian defense in Odessa for the duration of the World Cup thanks to a special permit. "That was something," reported Berkhahn, "that stirred up all of us emotionally."

Romantschuk's in-laws are also supposed to travel to Budapest for the 1500 m race starting on Friday. However, contact with his father, who is fighting Russian attacks on the dangerous eastern front, is severely limited: "Once a day he texts me that everything is fine."

The great concern for his family, friends and his home country may make his anger at Russians understandable - especially at those who, like Olympic backstroke champion Yevgeny Rylov, support Vladimir Putin in a public way. Inwardly, he was ready to "kill" Rylov, Romanchuk said. In fact, he would certainly not have implemented it, after all, both were "good friends" at one point.

There is no direct confrontation at the swimming world championships, the Russian athletes have been excluded. But Romanchuk is allowed to start, win medals and spread an important message. "I showed that the Ukrainians fight to the end," said the two-time medalist from Tokyo after his bronze effort in the 800m final.

"Obviously I'm happy for him," said Wellbrock. He initially offered his Ukrainian friend to talk to him in detail about the war, "he hasn't done that until now, which I'm a little happy about," admitted the double world champion from 2019: "I might also find the right ones words fail."

But Wellbrock was not short of doing the right thing. This is another reason why Mikhailo Romanchuk was able to give his homeland a little joy in difficult times.

1 "Insane transfer" is fixed: FC Bayern is... 2 Transfer coup for the Red Devils: Kaiserslautern signs... 3 Lukaku becomes a record player: Tuchel is 113 million... 4 Trouble after being kicked out: Mazepin wants to take... 5 Big award for Seider: Young German star is NHL "Rookie... 6 Tour is "not an action film": "Super-dangerous"... 7 Tough announcement to star striker: Salihamidžić... 8 Football legend resigns: Gronkowski is gone - at least... 9 "Right away": Mané is pursuing a big goal... 10 The question of meaning behind the coup: What does... 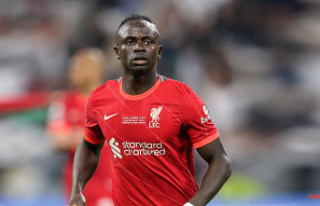