Historic honor for Germans: The NHL is amazed by sensational talent Seider

That's never happened before: A German is voted "Rookie of the Year" in the NHL. 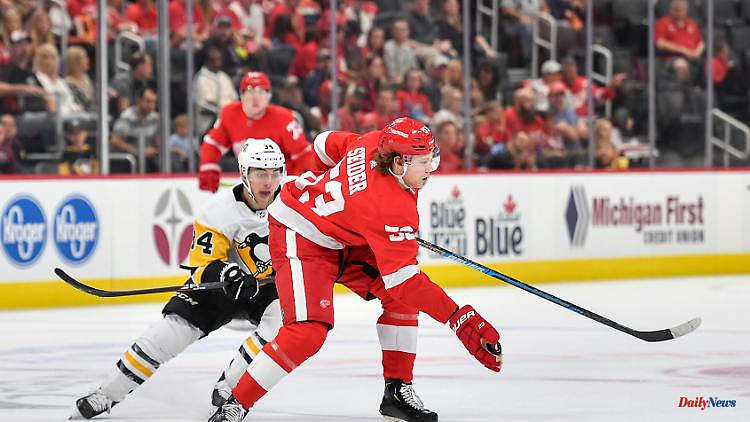 That's never happened before: A German is voted "Rookie of the Year" in the NHL. Detroit Red Wings' Moritz Seider receives the award for his outstanding debut season. His success is satisfaction for the manager.

When Moritz Seider was not yet 1.93 meters tall and did not yet weigh 90 kilograms, but was just one of many children on the EHC Erfurt ice hockey team, he had a big dream: "Play in the Oberliga for the Black Dragons." Well, little Moritz's big dream hasn't come true. However, that doesn't make him sad. Because instead of playing for the Erfurt Black Dragons in the Oberliga Nord, he has been on the ice for the Detroit Red Wings in the strongest ice hockey league in the world, the NHL, since last fall. And here the defender has already achieved historic things in his first year.

Something that not even Detroit legends like Nicklas Lidstrom, Steve Yzerman or Sergei Fedorov have managed to do. Seider was honored as the league's best newcomer. The winner of this election receives the Calder Memorial Trophy, a large silver cup mounted on a fine wooden base. The NHL has been awarding its "Rookie of the Year" since the 1932/33 season, and since 1936/37 there has been a trophy for the winner. The names of 60 Canadians, twelve Americans, eight Russians, four Swedes, two Finns, one Slovak and one British are engraved on the silver plaques on the wooden base - and now also that of the first German: Moritz Seider. "It's crazy," said the 21-year-old. "Sometimes I have to pinch myself to realize everything."

Dressed neatly in a dark blue suit and bow tie, the defender stood on the stage at the NHL Awards show in Tampa. In the home of the current champions, Tampa Bay Lightning, who is currently facing the Colorado Avalanche in the Stanley Cup finals, the league used the day off between the third and fourth final games to celebrate its best, most valuable and most dangerous players. Of the 195 voting members of the Professional Hockey Writers' Association, 170 voted for Seider as Rookie of the Year. The dark curly head was considered by many to be a favorite and ultimately also clearly prevailed against Trevor Zegras (Anaheim) and Michael Bunting (Toronto). When he is at home with his parents, then everything will reflect, emphasized Seider.

He is the third German after Olaf Kölzig (2000, best goalie) and forward Leon Draisaitl (2020, top scorer, most valuable player, outstanding player) to have won an individual NHL award. Last season, Seider was voted the best defender in the Swedish league and the subsequent World Cup.

Three years ago he first attracted attention at a major NHL event. When the talents were distributed among the clubs, the so-called draft, on June 21, 2019, the Red Wings chose the young German player in sixth place. When Detroit manager Steve Yzerman announced Seider's name from the stage, a murmur went through the crowd at Vancouver's Rogers Arena.

Nobody had expected that the then 18-year-old would be drawn so early. Even the experts were surprised. And Seider himself held his hands in front of his face in astonishment. "We think he has excellent hockey mind. He's obviously a big boy and a very good skater. We think he's one of the top defenders in this draft," Yzerman said.

The talent show is always a kind of gamble. Combined with the hope that the selected young player will actually develop as many have predicted. Of course there is no guarantee. And many a manager has lost his job afterwards because he was completely wrong on draft day and thus gambled away the near future of the club.

On June 21, 2019, Steve Yzerman showed the pressure he was under. Because the new building in Detroit is taking longer than expected. With eleven Stanley Cups, the Red Wings have won more championships than any other NHL team in the USA. However, the last title dates back to 2008. The last playoff series won was six years ago. And in the previous three seasons, the traditional club had even missed the knockout stages.

In contrast to the Bundesliga, North American sport is designed in such a way that - at least in theory - all clubs should have the chance to win titles at some point. To achieve parity like this, the weakest clubs from last season are allowed to access the brightest talents first. Detroit was sixth - and Yzerman chose this unknown Seider of all people.

It's that mixture of prejudice and arrogance that North Americans show to players who haven't played in any of the junior leagues in the United States or Canada. Where did he play? what can he do Can he do anything? Seider was no exception. In contrast to his peers in North America, he had already played men's ice hockey and not only faced juniors. He even became German champion with the Mannheimer Adler and was also voted "Rookie of the Season". However, in Germany. Oh well …

If Yzerman hadn't picked Seider so early, he was immediately convinced that the German wouldn't be playing in Detroit today. Because next, the Red Wings only had access to the 35th player of this draft again. "He wouldn't have been there by then," said Yzerman. The manager flew to Tampa Tuesday night to surprise Seider when he received his award.

The doubts of the fans are long gone. Seider has already developed into a top performer in his first season and is considered a cornerstone for the future. Despite his young age, he already plays extremely calmly, confidently and with a great overview. He completed all 82 games of the season and was involved in 50 Red Wings goals. Since the 1992/93 season, only two other defenders have accumulated more points in their debut season. Of all the rookies, the number 53 man had the most assists (43), power play points (21) and ice time per game (23:02 minutes).

And Seider, who started playing ice hockey at the age of five in the Erfurt Potato Hall (“everyone in Erfurt knows them”), made sure that, after eleven years, a Red Wings professional finally got one of the most important individual NHL awards again. Most recently, Nicklas Lidström was awarded the Norris Trophy for best defender in 2010/11. The Swede spent his entire NHL career in Detroit. 21 years. He won the Stanley Cup four times and is considered the ultimate defender in club history. Fans and the media are already comparing Seider to Lidström. Sometimes it's good when childhood dreams don't come true.

1 Death of Maradona. Eight health professionals will... 2 Shock in solo freestyle: trainer saves unconscious... 3 Show for a modest world star: FC Bayern unpacks all... 4 Miscellaneous/politics. Under investigation for rape... 5 Coach Kramer "the heart rises": Schalke... 6 Equal rights for many associations: DFB leaves the... 7 LGBTIQ in Qatar in fear: "It feels like I am... 8 Qatar's LGBTIQ in fear: 'Like I'm dying... 9 His coach defends Odessa: the Ukrainian swimming hero... 10 "Insane transfer" is fixed: FC Bayern is... 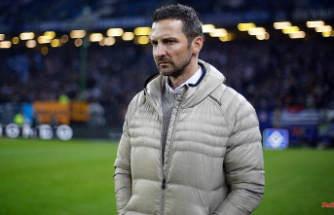 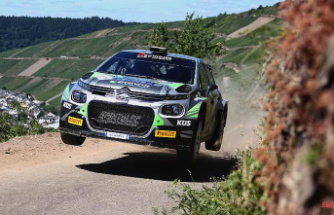 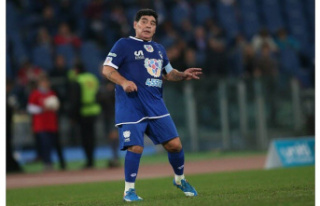