The Golden State Warriors are back - for the fourth time in the past eight years, the team around superstar Steph Curry has been crowned champion in the NBA. 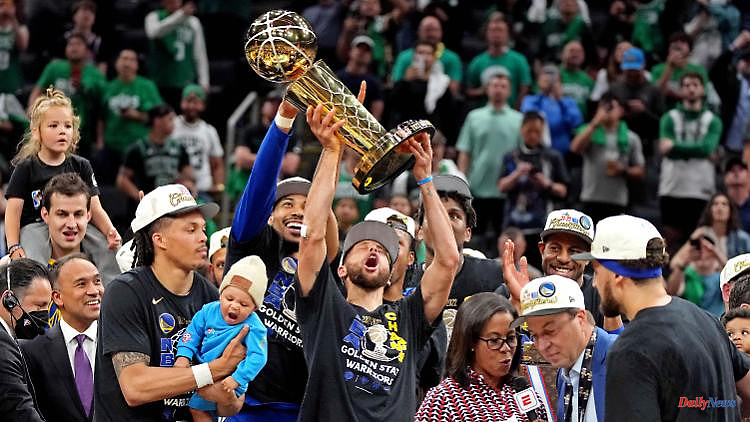 The Golden State Warriors are back - for the fourth time in the past eight years, the team around superstar Steph Curry has been crowned champion in the NBA. Record champions Boston Celtics, on the other hand, have to wait at least another year for title number 18.

The Golden State Warriors have won the NBA championship for the seventh time and ended all of national basketball player Daniel Theis' dreams of a title. In the sixth game, the Warriors beat the Boston Celtics 103:90 (54:39) and won the finals 4:2. For the team around superstar Stephen Curry, it is the first championship since 2018, but the fourth in the past eight years.

Curry had the most for the new champion with 34 points and earned the Finals MVP award for the first time in his career. "We found a way to do it," said the 34-year-old with the white winner's cap on his head. "I'm standing here with two trophies and that means a lot." The Warriors hadn't even made the playoffs in the past two years.

"I'm so proud of this group. I thank God every day that I can play this game at the highest level with great people," said the 34-year-old before the award ceremony on US television. "It's surreal. We've been so far away. You end up at the bottom with injuries. It's just never guaranteed, you don't know if you'll ever get back there." Steve Kerr picked up his ninth career title - five as an NBA pro and now four as a Warriors coach.

Theis failed to become the second German after Dirk Nowitzki to win the NBA title. The Celtics must continue to share the title of record champions with 17 titles each with the Los Angeles Lakers and continue to wait for the next championship after 2008.

In the once again very loud TD Garden, the Celtics had a much better start and in the first few minutes they pulled away up to 14:2, before the Warriors recovered, slowly reduced the twelve-point deficit and at the end of the quarter it was 27:22 lay in front. By half-time, the guests managed a 21-0 run, which, according to ESPN, had not happened in a final game for 50 years. The Celtics suffered again from the many ball losses in their own attack. It was twelve before the break.

Despite their best efforts, the young key Celtics players often found no means against the veterans on the other side. Jaylen Brown, Jayson Tatum and Marcus Smart have been boiled over and over again by Curry, Klay Thompson and Draymond Green. As so often this season, the Warriors were particularly effective immediately after halftime. In the middle of the third quarter, Curry hit his fifth three and increased the lead to 22 points.

However: Boston's oldest player, Al Horford, increasingly braced himself against the impending defeat and almost single-handedly brought the Celtics to only ten points behind with twelve points before the last quarter. The fans believed in a comeback again - but the Celtics always had at least eight points less than the Warriors and could not avert the huge disappointment. A minute before the end, the Celtics took off their stars.

Theis had to watch the defeat from the bench again and was no longer called by Celtics coach Ime Udoka. The man from Lower Saxony had only been substituted on in the first two finals games in San Francisco. 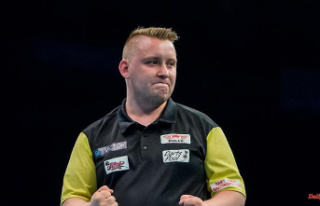