After the Bulls lucked into Derrick Rose in the 2008 NBA draft lottery, they meandered through consecutive .500 seasons and first-round playoff exits under coach Vinny Del Negro.In 2009, they drafted James Johnson, later flipped for a first-round pick that...

After the Bulls lucked into Derrick Rose in the 2008 NBA draft lottery, they meandered through consecutive .500 seasons and first-round playoff exits under coach Vinny Del Negro.

In 2009, they drafted James Johnson, later flipped for a first-round pick that helped them net Nikola Mirotic, and Taj Gibson. In 2010, they drafted Kevin Seraphin and traded his rights to the Wizards along with Kirk Hinrich to clear the necessary salary-cap space to become one of the few teams able to swing for the fences in free agency that summer.

Earlier this season, Dwyane Wade confirmed that in the summer of 2010 the Bulls were close to signing the same Big Three that the Heat landed of Wade, LeBron James and Chris Bosh. In fact, the Bulls were a Luol Deng trade to the Clippers away from doing so.

Instead, the Bulls moved on, signing Carlos Boozer, Kyle Korver, Ronnie Brewer and Keith Bogans in free agency and trading for C.J. Watson. Rose became the youngest most valuable player in NBA history, the "Bench Mob" became beloved and, under the uber-prepared Tom Thibodeau, the Bulls stormed to the 2011 Eastern Conference finals.

That summer, management drafted Jimmy Butler and Mirotic and a long championship window opened, only to be slammed shut by Rose's three knee surgeries.

There is massive skepticism over management's current rebuilding plan — and there should be.

This is, after all, the organization that sold coach Fred Hoiberg as the missing piece to a championship-ready roster after making the polarizing decision to fire Thibodeau — and then missed the playoffs for the first time in eight seasons.

While many franchises miss on draft picks beyond the lottery, management recently traded Doug McDermott after aggressively trading up to No. 11 to acquire him. This continued a recent stretch of draft misses after the huge hits on Gibson and Butler, although it's too early to judge Bobby Portis and Denzel Valentine.

Taj Gibson on being traded from Bulls to Thunder

Taj Gibson reacts after being traded from the Bulls to the Thunder on Feb. 23, 2017. (K.C. Johnson/Chicago Tribune)

Taj Gibson reacts after being traded from the Bulls to the Thunder on Feb. 23, 2017. (K.C. Johnson/Chicago Tribune)

It's also the front office that preaches accountability but has remained in place since April 2003 despite no trips to the NBA Finals and that one Eastern Conference finals appearance. Ten playoff appearances in 12 seasons and a sold-out United Center have satisfied ownership.

But to say the Bulls don't have a plan is misguided. They do.

Whether it works is another question.

When the Tribune recently reported that ownership will retain the current management team even if the Bulls miss the playoffs for the second straight season, it cited ownership's pleasure with management's ability to build rosters as one of the many reasons why.

From ownership's view, this season represents the first in the post-Rose rebuilding/retooling/whatever you want to call it era. And like management filled in around Rose, ownership is confident it will again around Butler.

Perhaps coincidentally, the Bulls are hovering around .500 for a second straight season, much like the 2008-10 run. It's instructive to recall this era because management is using a similar strategy to try to return to the Eastern Conference elite.

In Butler, the Bulls have another bona fide star, albeit one with a different skill set than Rose. Management still strongly believes in Portis and Valentine, as much for their work ethic as their talent, even pointing to how Butler didn't play his rookie season but has blossomed since. This summer, they are projected to own anywhere from $26 million to $50 million of salary-cap space depending on whether Wade exercises his $23.8 million option.

Jimmy Butler on Bulls' direction: 'I just want to win'

Jimmy Butler on the direction of the Bulls after the deadline trade on Feb. 24, 2017. (K.C. Johnson/Chicago Tribune)

Jimmy Butler on the direction of the Bulls after the deadline trade on Feb. 24, 2017. (K.C. Johnson/Chicago Tribune)

Plenty of teams will have the ability to offer a maximum free-agent contract this summer as the salary cap spikes in historic fashion for the second straight offseason because of an influx of TV money. But the Bulls' only big-money contracts on the books past the 2018 offseason are Butler and starting center Robin Lopez.

Thus, similar to 2010, the Bulls could be in position to strike in free agency in either 2018 or 2019 when other teams don't have as much financial flexibility.

"We don't have older players signed to long-term deals," executive vice president John Paxson said. "And now we're going to get some of our young guys minutes and see if we can grow as a team. We do have a plan and it's one that's agreed upon by (Chairman Jerry Reinsdorf, President Michael Reinsdorf, general manager Gar Forman) and myself."

In fact, according to sources, there is more organizational alignment now than last June, when the internal debate on whether to trade Butler proved divisive.

Paxson's recent statement that Butler is a top-10 or top-12 player underscores how much the Bulls value him, trade discussions aside. Paxson's comment that a full rebuild demands certainty on return plainly highlights the Bulls' approach for Butler moving forward.

If an incredibly strong package is offered for Butler, one that includes no protections on the Nets' 2017 first-round pick — owned by the Celtics — that could be No. 1 overall, the Bulls would consider trading the three-time All-Star rather than pay him a potential five-year, $200 million-plus extension starting in 2019.

But the fact the Bulls just made an aggressive trade to acquire Cameron Payne from the Thunder when the 2017 draft is loaded with point guards suggests the Bulls aren't confident this scenario will develop. After all, the Celtics have myriad options, including pursuing Pacers star Paul George or keeping the pick and trying to woo the Jazz's Gordon Hayward in free agency.

Cameron Payne on joining the Bulls in trade from Thunder

"One of the reasons we made this trade was to get young guys like Bobby and Denzel minutes because we do need to find out, and player development is a huge thing in this league," Paxson said. "You get these guys on rookie contracts and you have (cost) certainty with that and you want to see them get better before you have to make real financial decisions on them.

"Everyone wants this to be quicker. We do too. But there's a reality to the new collective bargaining agreement that we're confronted with. So we're taking it step by step and (this trade) is consistent with the overall plan of getting younger. Cam, that piece is really important, a point guard who hopefully can grow and find time."

The Bulls are in the asset acquisition stage of a rebuild/retool/whatever you want to call it. Again, the skepticism surrounding the plan is understandable and valid.

But there's a plan — really, there is. Frustrated fans don't want to hear the following.

"What I love about our fans is how passionate they are about the Bulls, like we are," Forman said. "We all wish we could snap our fingers and it happens overnight. But the reality is it takes time to redo a roster, it takes time to set yourself up, to take advantage of opportunities, and I think that's what we're in the process of doing. We're in the process of retooling our roster, of getting younger, of setting ourselves up with a level of flexibility when there's some major spending, long-term spending going on, where when the time is right we'll have the opportunity to take advantage of some of those situations and continue to make jumps as far as building this roster up.''

Frustrated fans want championships. Can the Bulls get there? It has been almost two decades. 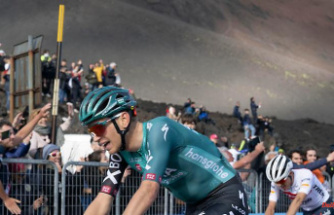 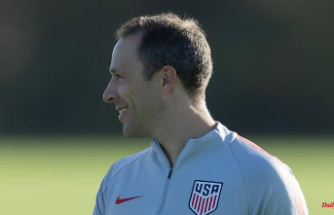 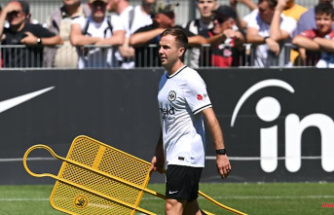 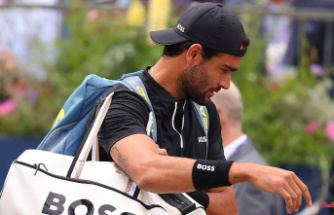 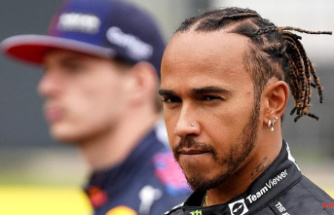