Larry ten Voorde won his home race at the Circuit Zandvoort in the Netherlands. 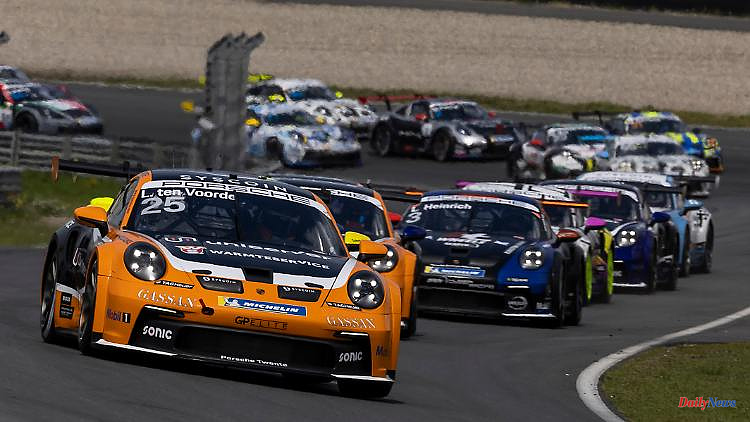 Larry ten Voorde won his home race at the Circuit Zandvoort in the Netherlands. In the Porsche Carrera Cup Deutschland, the GP Elite driver won the eighth round of the season on Sunday and caused cheers in the grandstands.

"Winning in front of your own fans is a special feeling. My start was really good. After that I had to survive two safety car phases, but in the final minutes I was able to take the lead to the finish with ease," says ten Voorde. The 25-year-old beat Bastian Buus (Allied Racing) from Denmark and Porsche Junior Laurin Heinrich (Germany/SSR Huber Racing) to second and third place in the ADAC GT Masters race. It was fine at 21 degrees Celsius and sunshine for the 31 drivers led by pole setter ten Voorde on the starting grid. From the start, a trio of ten Voorde, Buus and Heinrich fought for the lead. Two safety car phases provided additional excitement, as a result of which the field of the 375 kW (510 hp) strong Porsche 911 GT3 Cup was brought closer together again. After several attempts to overtake, Buus reacted with lightning speed at the second restart in the slipstream of ten Voorde and drew level with the man in front. But ten Voorde defended his lead and drove ahead of Buus to his second win of the season. "After the restart, Larry ten Voorde made a small mistake, unfortunately I couldn't take advantage of it. But three podium places in the last four races are a great development," summed up Buus, who is part of the Porsche Carrera Cup talent pool Germany counts.

Heinrich made his seventh top 3 result perfect. "It was important that I was able to make up two places in the early stages. Overall, the first half of the season went extremely well. With the exception of one race, I was always on the podium," says championship leader Heinrich. His best result this year was marked by Rudy van Buren (Netherlands/Huber Racing), who crossed the finish line in fourth place. His compatriots Jesse van Kuijk and Max van Splunteren (both Team GP Elite) secured places five and six. Four Dutchmen made it into the top 6 at their home race. Jukka Honkavuori (ID Racing) from Finland finished seventh on the 4.259-kilometre circuit. Michael Ammermüller (Germany/SSR Huber Racing) moved up to eighth place from twelfth on the grid. Jan-Erik Slooten (IronForce Racing by Phoenix) clinched his fourth win on the race track on the North Sea, which meanders through the dunes near Zandvoort the ProAm rating. The German won his class ahead of Carlos Rivas (Luxembourg/Black Falcon) and Georgi Donchev (Bulgaria/Huber Racing). After the race weekend in Zandvoort, Heinrich is half-time champion in the Porsche Carrera Cup Germany. With four wins and 169 points, the 20-year-old is leading ahead of defending champions ten Voorde (137 points) and Buus (118 points). In the ProAm class, Slooten is at the top. After eight of 16 races, the best rookie is Lorcan Hanafin (Great Britain/Fach Auto Tech). The leader of the team standings is SSR Huber Racing."The two races in Zandvoort were a great conclusion to the first half of the season with the many position changes. Seven different drivers have made it onto the podium so far. This also promises an exciting fight for the other eight races at the top", says Hurui Issak, Project Manager Porsche Carrera Cup Germany. After a six-week summer break, the Porsche Carrera Cup Germany will be back on the Nürburgring from August 5th to 7th. Rounds nine and ten of the ADAC GT Masters are on the program in the Eifel. IronForce Racing by Phoenix and Black Falcon have a short journey. The two teams are based in Meuspath, just a few kilometers from the Nürburgring. 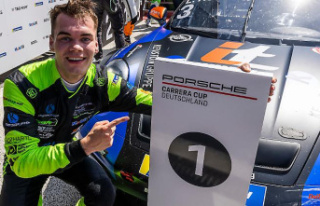