"Hope dies last": Djokovic who refuses to vaccinate no longer believes in the US Open 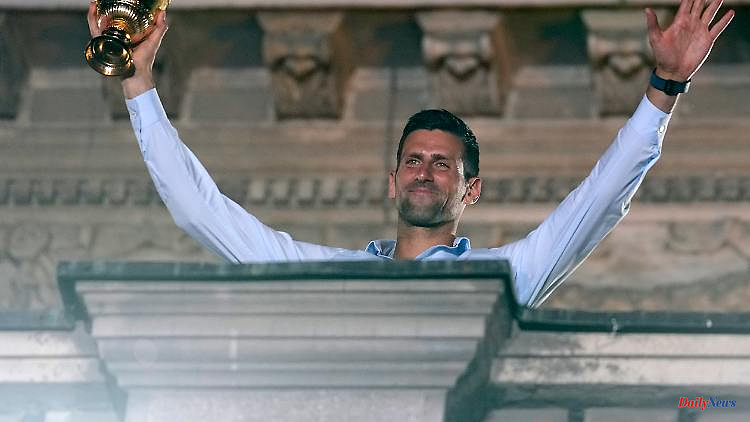 Novak Djokovic is a very good tennis player. But his attitude off the court keeps causing him problems. The Serb remains firm months after the Australian Open scandal and does not want to be vaccinated against the corona virus. He doesn't care about the consequences.

Wimbledon champion Novak Djokovic considers his participation in the US Open in New York unlikely. "I'm hoping for positive news, but there's not much time left," he told Serbian TV broadcaster RTS: "I don't know, but hope dies last."

Full proof of vaccination is required to enter the US, Djokovic, 35, is unvaccinated. For this reason, he had already missed the opportunity to defend his title at the Australian Open in January. "I would like to play the US Open, but if it doesn't work out, it's not the end of the world and it's not the first Grand Slam tournament I have to withdraw from," said the Serb.

"It's important to me to stay physically and mentally healthy so I can play for a long time," said Djokovic. He will certainly get more opportunities to do so. At the All England Club, Djokovic made his fourth Wimbledon win in a row in the final against Australian Nick Kyrgios on Sunday. Overall, it was his seventh title at the most important tennis tournament in the world. With his 21st Grand Slam success, he is again within reach of record winner Rafael Nadal, who has won 22 titles so far.

When Djokovic will return to the Grand Slam stage is not only in the stars because of his vaccination cancellation. Australia, the venue of the first Grand Slam tournament in 2023, has now relaxed its corona rules, but after the scandal surrounding the failed entry this January, the Serb was given a three-year ban. This must first be lifted by the authorities, otherwise the 35-year-old could only return to the big stage at the French Open in 2023.

1 Living under a false identity: Running icon Sir Mo... 2 In Moscow custody for months: negotiator is the last... 3 Talks with Serie A club: Salihamidžić confirms interest... 4 Norway without a chance: England's women with... 5 In a mountain jersey in the high mountains: tour senior... 6 DFB sentences Dynamo three times: Own fans cost Dresden... 7 Infamous end at Fenerbahçe: Özil terminates contract... 8 "Nobody should work on the side": DFB star... 9 Fraud allegations against ex-F1 boss: did Ecclestone... 10 Tennis dream threatens to burst: Djokovic's vaccination... 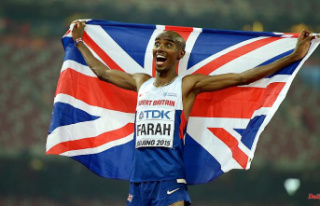