Horror record against Spain: This is how Germany flies out of the World Cup on Sunday

The German national soccer team is sobered up at the start of the soccer World Cup. 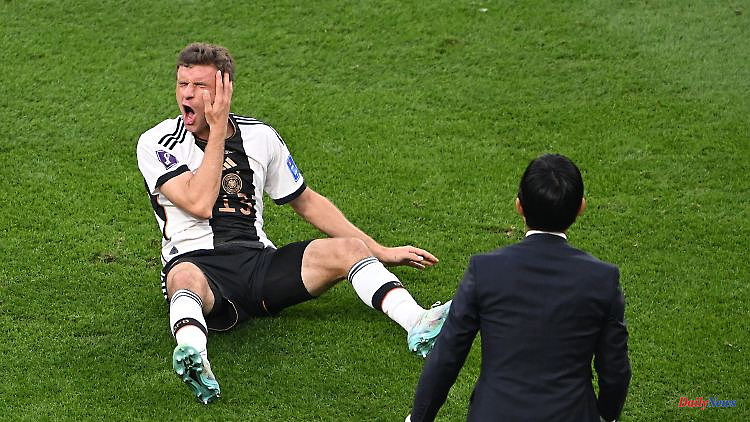 The German national soccer team is sobered up at the start of the soccer World Cup. Against Japan, the team loses despite the lead against Japan and is already facing the lightning knockout. in Qatar. Thomas Müller makes a simple calculation to prevent the GAU.

The preliminary round of the German national soccer team at the World Cup in Qatar could already be sealed on Sunday. Should the team of national coach Hansi Flick lose against furious Spain (7-0 against Costa Rica at the start) and Japan win at least one point against Costa Rica beforehand, the four-time world champion can no longer reach the round of 16. It would be the second World Cup meltdown in a row, after the embarrassing knockout in the preliminary round. in Russia four years ago.

The situation is more complicated when Germany and Spain as well as Japan and Costa Rica share the points. Flick's team would then have to rely on support in the last duel against the Central Americans. In a draw between Japan and Spain, Germany would be inevitably out. If a team wins and the defeated team has the same number of points as the DFB-Elf, the goal difference would initially decide. The Spaniards' 7-0 win over Costa Rica is not good news for Flick's footballers.

"The knockout round started earlier for us," said Thomas Müller after the 2-1 draw against Japan: "We need two wins, and you can't just order two wins like that." Nevertheless, the leading player also spread confidence for the duel with the former world and European champions: "We will pick ourselves up again. We have the quality, the confidence and the style of play to beat Spain too."

Two wins would make it much more likely that the DFB team would reach the round of 16, but six points would not be a guarantee. If Japan beats Costa Rica and loses to Spain, three teams would have six points. Then the goal difference decides (see above). Either way, a lot depends on the game between Japan and Costa Rica for the German team. Always assuming that you get at least something even against Spain.

Spain, Spain of all places. The statistics against the 2010 world champion and three-time European champion are not very edifying. The Iberians are the nemesis and the only big nation against which the DFB selection could not win a competitive game in this millennium. The last victory was more than 34 years ago. At the home European Championships in 1988, Rudi Völler scored twice in the group stage in a 2-0 win at the Munich Olympic Stadium. After all: The German World Cup record against Spain is positive. Before the draw in Chicago in 1994 and the semi-final defeat in Durban in 2010, there were two wins.

The last duel between the two giants ended for Germany on the black night of Seville. Almost exactly two years ago, the DFB team went down 0:6. The national coach at the time, Joachim Löw, announced his retirement after the 2021 European Championship a few months later.

After two games, the selection of the DFB failed only once at a World Cup: 1938. After a 1:1 n.V. against Switzerland there was a decider against the Confederates for the quarter-finals. The "Greater German Team", which after the invasion of the Wehrmacht also consisted of players from the dissolved Austrian Football Association, lost 2:4. Four years ago in Russia there was a first-round elimination after defeats against Mexico and South Korea and only one win against Sweden. "In the end it comes up that the situation is similar and the situation doesn't feel good," said Müller. 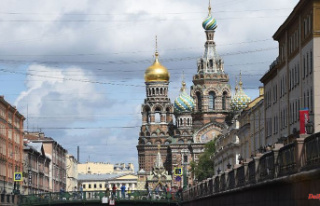 Born to Ukrainian woman: US babies rescued from Russian...