In the group "final" Senegal intercepts Ecuador in the last few meters - and dedicates progress to a deceased football hero. 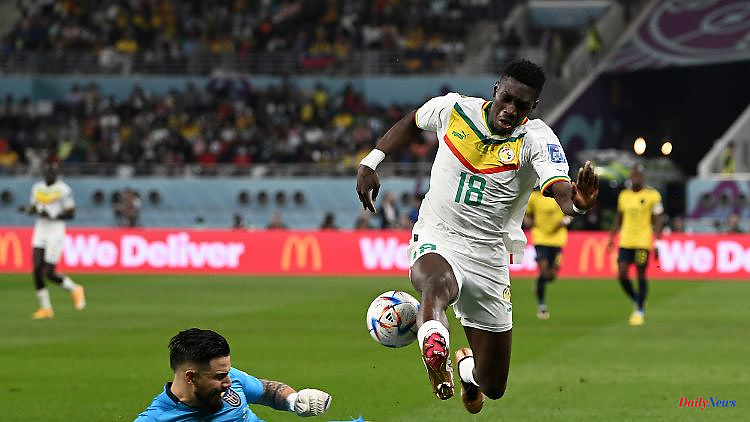 In the group "final" Senegal intercepts Ecuador in the last few meters - and dedicates progress to a deceased football hero.

Kalidou Koulibaly pointed to the sky with both fingers, his teammates danced to the rhythmic drumming of the fans. In an emotional way, Senegal made it into a World Cup round of 16 for the second time since 2002. The team won the decisive group game against Ecuador 2-1 (1-0) in Al-Rajjan, even without the injured top star Sadio Mané. On the second anniversary of the death of the 2002 World Cup hero, Papa Bouba Diop, Ismaila Sarr (44th minute) from Watford FC converted a penalty kick that Bayer Leverkusen's Piero Hincapie had caused by getting in too violently. In addition, captain Koulibaly (70th) from Chelsea scored in front of 44,569 spectators just 152 seconds after the interim equaliser.

"It was a special day for Senegal. All Senegalese football won today. Had we lost it would have been a big loss," commented goalscorer Koulibaly. With a big smile, he added: "A lot of people saw us out after the first game, but we wanted to do something big here." For this time disappointing Ecuadorian La Tri, who would have sufficed with just one point, the goal from England manager Moises Caicedo (68th) was not enough to qualify for the round of 16. The Senegal team dedicated their progress to their idol Diop, who died on November 29, 2020 at the age of just 42 from the nervous disease ALS.

"Rest his soul in peace, he was always important to us. I hope that we can give him the honor he deserves. He is always in our thoughts," national coach Aliou Cissé said before the game. Captain Koulibaly also laced up with an armband depicting Diop's former number 19. Diop scored Senegal's 1-0 winner in the 2002 World Cup opening game against reigning world champions France. The West Africans then stormed through to the quarter-finals. Diop played all five tournament games, scoring three goals. Cissé was captain of the Senegalese selection at the time.

Now he can work on a similar success. His Lions of Teranga earned the advancement with a courageous performance. Ecuador, on the other hand, seemed strangely self-conscious. Although a point would have been enough for La Tri to advance, national coach Gustavo Alfaro did not send his side as compact as in the 1-1 draw with the Netherlands and used a four-man defense. The African champions used the spaces on the offensive to create a few chances to score, but without superstar Mané from Bayern Munich, they found it extremely difficult to score goals, as before. Best chances from Everton's Idrissa Gueye (3'), Boulaye Dia (8') from US Salernitana and Sarr (24') initially missed their target.

It took a boisterous shove from Hincapie in the penalty area to Sarr for Senegal to take the lead before half-time. The French referee Clement Turpin immediately decided on a penalty and the fouled certainly turned into a deserved lead. Up until then, Ecuador had seemed inhibited, with little reminiscent of the good performances in the tournament up to that point. La Tri didn't even get a shot on goal in the first round.

Ecuador only became bolder after the change and thought they were already in the knockout stages after the equaliser. An unsuccessful attempt to defend from a free kick just over two minutes after the 1-1 draw allowed Senegal to regain the lead in the duel, which now became hectic. In the end, the African champion was allowed to celebrate. 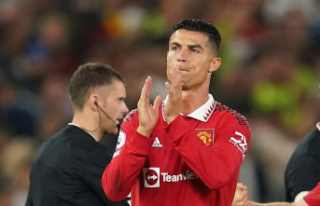