Hertha BSC made up for the deficit from the first leg early on, and later the Bundesliga club took the lead in the relegation duel. 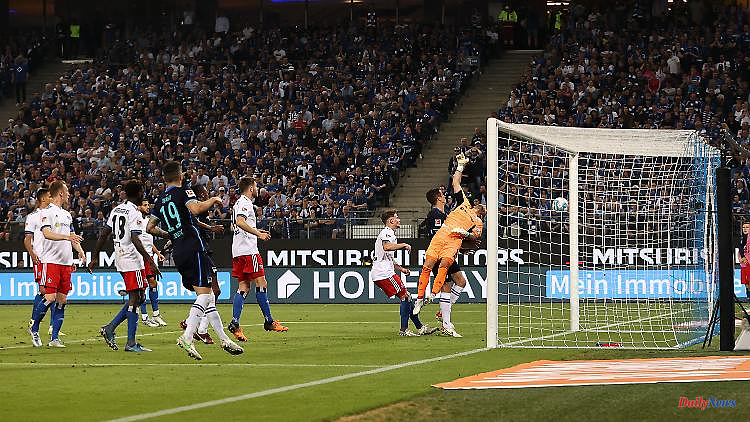 Hertha BSC made up for the deficit from the first leg early on, and later the Bundesliga club took the lead in the relegation duel. Second division club Hamburger SV is trying to make the dream of returning to the first division come true. After 90 intense minutes, only the people of Berlin cheer and that's a lot of relief.

Relegation turned, league saved: Hertha BSC has torn Hamburger SV from all Bundesliga dreams and remains first class. The club from the capital around its dazzling coach Felix Magath deservedly won the relegation second leg at HSV 2-0 (1-0) and thus extended the suffering of the North Germans in the 2nd division. Dedryck Boyata with a powerful header after a corner (4th) and Marvin Plattenhardt with a free-kick flick (63rd) scored for Hertha. Lucas Tousart saw the yellow-red card (90.6). In doing so, Magath also built on an impressive personal streak: in his career spanning decades, the 68-year-old has never been relegated.

In addition, the trainer fox proved to be a real party crasher at his old place of work in front of 55,000 spectators in the Volksparkstadion. While at HSV everything was ready for a lavish celebration of promotion after the 1-0 win in the first leg, the Berliners prevented the seventh relegation in the club's history at the last moment with a passionate performance.

HSV, on the other hand, was denied a return to the first division on the fourth attempt. The former Bundesliga Dino was relegated for the first time in its history in 2018, after three fourth places the Hamburgers now failed in the relegation.

A very strong and disciplined performance by the Berliners was decisive for the turning point. Led by Kevin-Prince Boateng, the Bundesliga-16 surprised. HSV with a courageous and self-confident appearance - and was rewarded. While Hamburg had little to offer apart from their irrepressible passion on Monday evening, Hertha controlled long stretches of the game and created the better chances.

"I don't feel like relegating," Magath emphasized immediately before the game against his old love at Sat1 and spoke of a "situation like in the European Cup. We're 0-1 behind, HSV is in the Bundesliga - so the pressure is on HSV ." He was "confident that we can turn it around in the next 90 minutes".

Magath relied on fresh staff for this. At Hertha, Santiago Ascacibar (after a yellow card suspension) and the veterans Stefan Jovetic (32) and Boateng (35) were allowed to play. "The Prince is a finalist. He knows how it's done," said Magath. And in fact, "the Prince" played a big part in the fact that the Berliners put their stamp on the game, which was quite different from the first leg. Boateng presented himself behind the two strikers with great ball security and strong tackles.

And HSV? He was obviously impressed by the Berlin grip. The Rothosen fought their way into the game more and more as the game went on, but Hertha goalkeeper Oliver Christensen didn't have to intervene at all in the first half. While the experienced Magath followed the entire first half in his fine clothes with his arms crossed behind his back and stoically calm, HSV coach Walter jumped up and down in his tracksuit in the coaching zone and animated the audience again and again with his arms flailing.

In the second half, the game picked up speed. Both teams were now looking for the forward gear and came to dangerous conclusions. Tousart missed for Hertha (47th). On the other side, Christensen had to clear against Moritz Heyer (49th). Then Plattenhardt almost scored from the outside line with a lot of cutting, HSV keeper Daniel Heuer Fernandes didn't look good.

1 Petkovic continues "smart" in Paris: Kerber... 2 "Are not perfect, but...": Qatar feels discriminated... 3 In the showdown against Switzerland: Germany beckons... 4 F1 driver is looking for the perpetrator himself:... 5 Feldmann "no longer welcome": Eintracht... 6 Flares, Bengalos, Zlatan: After the Scudetto, AC Milan... 7 Deadly shot at fair: Police arrest suspects in Lüdenscheid 8 Boy suffocated in a sack: judgment on Hanau cult murder... 9 Without a mask at the state funeral: Kim challenges... 10 Reduce negative energy: These tricks help against... 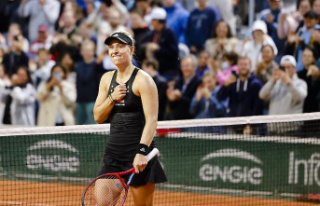